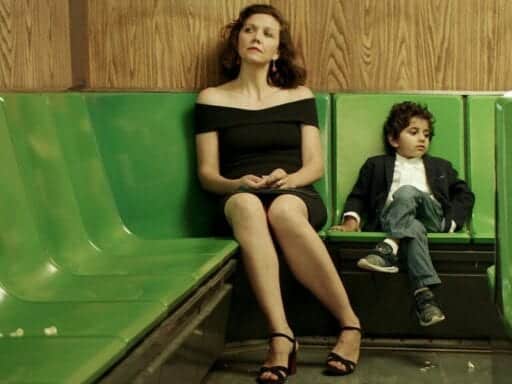 The deep, sometimes uncomfortable dive into a woman’s complex desires is streaming on Netflix.

Maggie Gyllenhaal stars in Netflix’s original film The Kindergarten Teacher as Lisa, a married mother of two teenagers who lives on Staten Island, teaches at a kindergarten in Manhattan, and aspires to be a poet. She’s studying poetry in a continuing education class, but her instructor (Gael Garcia Bernal) thinks her work is derivative. Then one day, one of her kindergarten students (Parker Sevak) starts reciting poetry he’s written himself, and she starts writing it down. Her instructor likes it — and she becomes more and more interested in the boy who’s writing it, infusing the film with ambiguous tension.

Directed by Sara Colangelo, who adapted the story from a 2014 Israeli film by the same name, The Kindergarten Teacher is a haunting and sometimes uncomfortable dip into the mind and desires of a woman who feels stifled by the life she’s chosen for herself and aspires to be as creative as the poets she admires. It’s a perceptive, complex, and sensitive depiction that at times feels like a psychological thriller, and Gyllenhaal shines in the role.

This AI can pass a 12th-grade standardized science test
Millions of Americans risk being evicted. This tenants rights lawyer says the courts aren’t prepared...
Willie Brown’s op-ed about Kamala Harris, explained
The politics of the books we display behind us during video calls
Former Rep. Duncan Hunter was sentenced to 11 months in prison for violating campaign laws
How has the coronavirus pandemic impacted your life? Share to help Vox’s reporting.