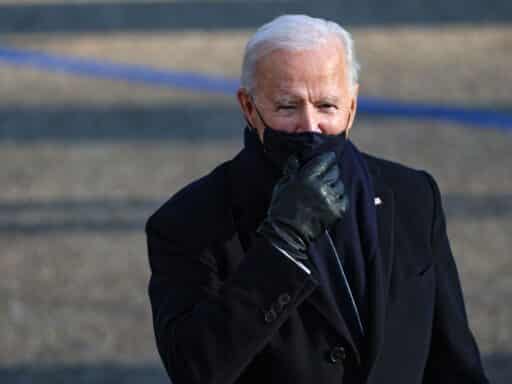 President Joe Biden plans to extend the last remaining nuclear agreement between the US and Russia for another five years, according to a US official, potentially staving off the end of the modern arms control era and the possibility of a new arms race between the world’s foremost nuclear powers.

Washington and Moscow signed New START, short for the Strategic Arms Reduction Treaty, for a 10-year period in 2011. Simply put, the agreement limits the size of the two countries’ nuclear arsenals, which together account for 93 percent of all nuclear warheads in the world.

The deal expires February 5, and the Trump administration failed to reach an agreement with Russia to keep it alive. Now Biden is scrambling to do just that, aiming to invoke a provision that allows the leaders of both countries — himself and Russian President Vladimir Putin — to extend the accord up to five years. Russia has already expressed a desire to renew the deal for at least a year, maybe more.

Many arms control advocates are already ecstatic, as Biden’s proposal, which was first reported by the Washington Post, is something they’ve long sought.

“President Biden’s offer signals a welcome return to serious diplomacy that provides a path to a safer and more secure future for all,” said Derek Johnson, CEO of Global Zero, an advocacy group for the elimination of nuclear weapons.

But Trump’s arms control envoy Marshall Billingslea has already criticized the move, saying the US is giving up its leverage to compel Russia to limit other weapons, including hypersonics. “Simply extending the New START treaty for five years really abandons all the leverage one has with the Russians,” Billingslea told me. “Get something for it.”

Biden has long signaled that he would seek to extend New START.

During the 2020 presidential campaign, he said he’d work to keep the agreement intact. “I’ll pursue an extension to the New START treaty, an anchor of strategic stability between the United States and Russia, and use that as a foundation for new arms control agreements,” he said in July 2019.

But there was also a larger issue at stake: If New START went away, the US and Russia would have no agreements in place to constrain their nuclear arsenals. Rose Gottemoeller, who led the New START negotiations for the US at the State Department during the Obama administration, told me that all the benefits of the deal — including providing transparency as to the state and movement of Russia’s arsenals — would evaporate.

“The Russians won’t allow for verifications and inspections without a legal basis,” Gottemoeller said in August. And without the ability to get deep insight into Russia’s nuclear forces, trust would surely erode. “Unless you have access to verify what’s going on with the warheads on missiles or submarines, you don’t really understand what’s going on,” she added.

Extending the deal for five years, if Russia agrees, would take a major foreign policy problem off Biden’s plate as he also deals with the coronavirus, climate change, a declining economy, and much more. A Russia without nuclear constraints would only add another major headache.

At the same time, Biden might be throwing away his best chance to incentivize Russia to limit other aspects of its nuclear arsenal. The five-year extension will likely be “the first and last success for Biden’s arms control agenda,” said Matthew Kroenig, a nuclear expert at the Atlantic Council think tank in Washington, DC. “It will be hard to get Russia to agree to anything else for five years.”

Billingslea added that ending arms control talks with Russia would also end the pressure on starting negotiations with China. There’s a bipartisan consensus that Washington must have a frank arms control conversation with Beijing soon, but the country must be coaxed to the table. “We have to keep a focus on what China is doing,” he told me.

The question now is whether Russia will immediately accept the offer or try to bargain with the Biden administration. Whatever it chooses to do, it must decide quickly — time is running out.

What is “quantum supremacy” and why is Google’s breakthrough such a big deal?
The power of the Black athlete
Vox Sentences: Schultz stirs up a Venti-size debate
How Rep. Katie Porter wants to keep Congress’s $500 billion bailout in check
A new study from Rwanda is the latest evidence for just giving people money
New Hampshire shouldn’t be the first primary