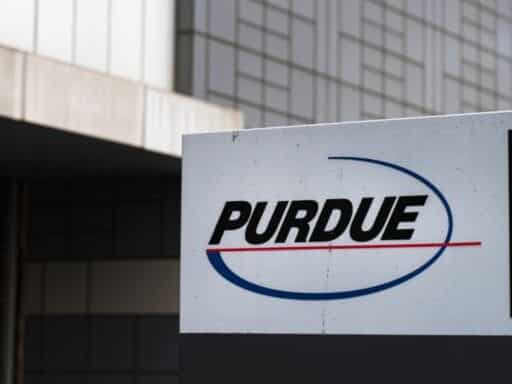 Purdue Pharma and the Sackler family have agreed to a settlement, according to news reports.

OxyContin maker Purdue Pharma and the Sackler family that owns the company have reportedly reached a tentative settlement agreement involving the more than 2,000 lawsuits filed against the drugmaker for its involvement in the opioid epidemic, the New York Times and the Washington Post reported.

According to the reports, sourced to people involved in negotiations, Purdue will file for bankruptcy and effectively dissolve. Then a new company will form and continue selling OxyContin, with the sales revenue going to plaintiffs in the lawsuit settlement. Purdue will donate drugs for addiction treatment and overdose as well.

But the settlement does not involve a statement of wrongdoing, the Times reported.

The deal is expected to be worth around $10 billion to $12 billion, including $3 billion from the Sackler family, according to the Post.

As of 2016, Purdue had reaped more than $31 billion in revenue from OxyContin.

Still, the settlement would be the largest payout from any company accused of fueling the opioid crisis, which has contributed to the more than 700,000 drug overdose deaths in the US since 1999.

The first of the trials for the more than 2,000 lawsuits against opioid companies, which have been consolidated by a federal court in Ohio, are slated to begin next month.

One sticking point: Not everyone who’s suing Purdue and other opioid manufacturers and distributors for their role in the overdose crisis is on board with the settlement. These other jurisdictions may seek further payouts.

“Connecticut has not agreed to any settlement,” William Tong, the state’s attorney general, told the Times. “I cannot predict whether Purdue will seek bankruptcy, but all I can say is we are ready to aggressively pursue this case wherever it goes — whether it is in the Connecticut courts or through bankruptcy.”

According to the Post, 22 state attorneys general and more than 2,000 cities and counties have tentatively agreed to the settlement.

Some politicians and activists have gone further than the lawsuits — demanding not just that opioid manufacturers and distributors pay for the financial harm they caused, but are held criminally liable. Several Democratic presidential candidates have proposed legislation that would attempt to hold individual executives accountable for their role in fueling opioid overprescribing.

“If no Sacklers end up behind bars, an entire class of people will continue to feel that writing a check is the worst thing that will happen to them ever no [matter] what they do,” Keith Humphreys, a drug policy expert at Stanford, said on Twitter.

At least for now, though, Purdue and the Sacklers are only facing financial consequences.

A second wave of drug overdoses took off in the 2000s when heroin flooded the illicit market, as drug dealers and traffickers took advantage of a new population of people who used opioids but either lost access to painkillers or simply sought a better, cheaper high. And in recent years, the US has seen a third wave, as fentanyls offer an even more potent, cheaper — and deadlier — alternative to heroin.

Beyond the research, we’ve also seen more reports over the past few years about opioid companies aggressively marketing their products, even as it became clearer that the drugs weren’t the safe, effective alternative to other painkillers on the market that they claimed the opioids to be.

A filing in Massachusetts Attorney General Maura Healey’s lawsuit against Purdue exposed how Richard Sackler, then Purdue’s president and part of the family that owns Purdue, was personally involved in some of those efforts. The filing claims that Sackler pushed to market OxyContin as a “non-narcotic” in other countries, even though it’s an opioid; Robert Kaiko, who created OxyContin, had to talk him down from the idea.

The company also allegedly overlooked excessive prescribing in the US, even as some of Purdue’s staff warned of pill mills that should have been reported to federal officials, Maia Szalavitz reported for Tonic.

Purdue countered that the filing “is littered with biased and inaccurate characterizations of these documents and individual defendants, often highlighting potential courses of action that were ultimately rejected by the company.”

Other reports, however, suggest opioid companies were widely irresponsible. As a group of public health experts explained in the Annual Review of Public Health, opioid companies exaggerated the benefits and safety of their products, supported advocacy groups and “education” campaigns that encouraged widespread use of opioids, and lobbied lawmakers to loosen access to the drugs. Purdue, as the maker of the then-new OxyContin, played a big role in these efforts, but so did companies like Johnson & Johnson, Endo, Teva, and Abbott Laboratories.

It’s not just that the drugs were deadly; they also weren’t anywhere as effective as Purdue and others claimed. There’s only very weak scientific evidence that opioid painkillers can effectively treat long-term chronic pain as patients grow tolerant of opioids’ effects — but there’s plenty of evidence that prolonged use can result in very bad complications, including a higher risk of addiction, overdose, and death. In short, the risks and downsides outweigh the benefits for most pain patients.

Yet even as these risks became apparent over the years, drug companies continued marketing the opioids. (Purdue didn’t stop advertising opioids to doctors until last year.)

So different levels of government are now trying to hold the companies responsible — and get them to pay to help fix the mess that they contributed to.

Gideon the Ninth is about lesbian necromancers in space. Obviously, it’s perfect.
Why the US shouldn’t let states go bankrupt
A new era of celebrity tabloids, minus the snark
Why Gillette’s toxic masculinity ad is annoying both sexists and feminists
The haunting of Girlstown
The brilliance of Alexandria Ocasio-Cortez’s bold campaign design