The megadrought parching 77 percent of the Western US, explained 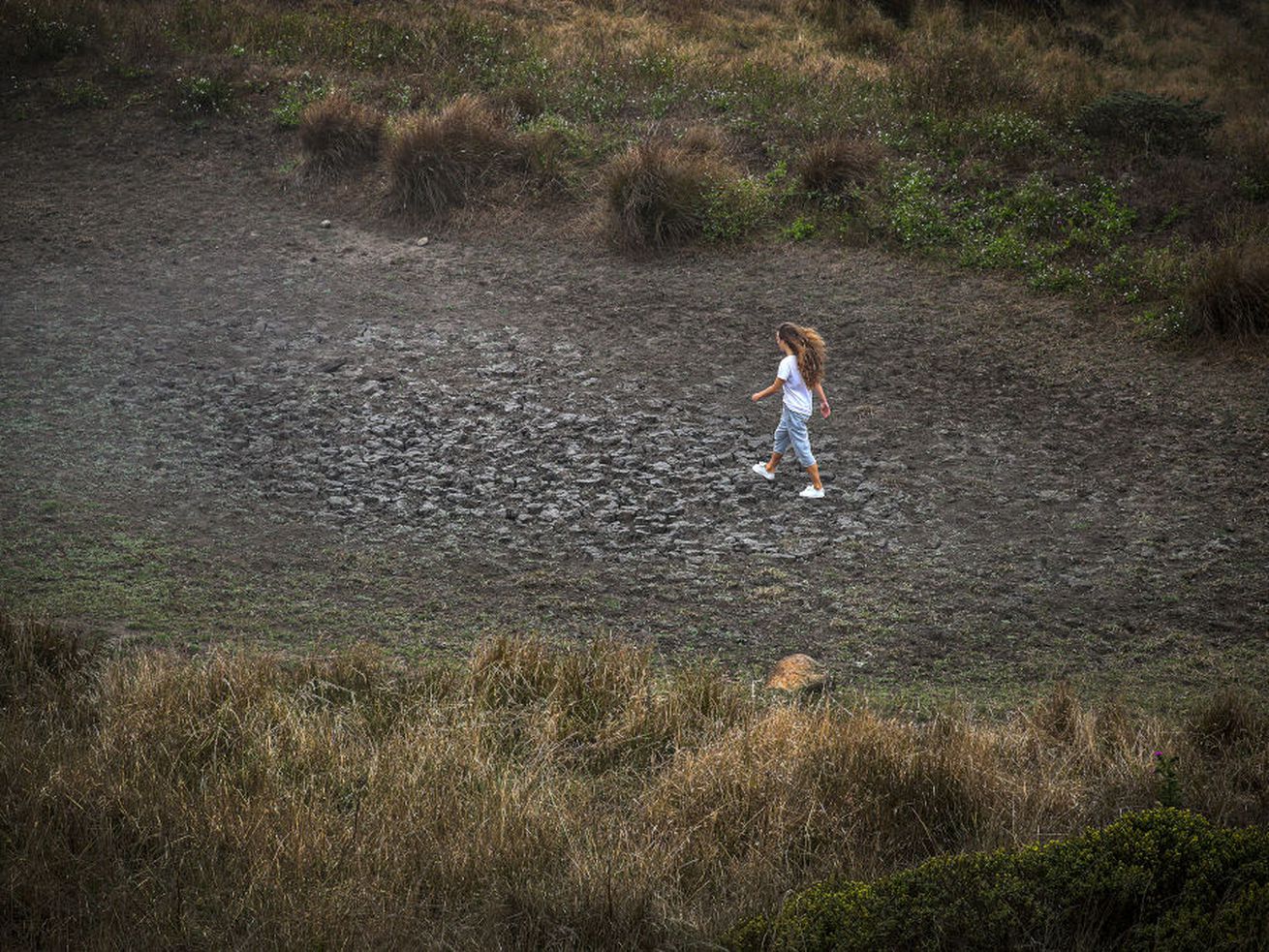 The Western US is in the midst of yet another dangerous dry spell. The drought has been building over the past year, and since November, a greater stretch of the West has been in the most severe category of drought than at any time in the 20 years that the National Drought Mitigation Center has been keeping records.

Western states are already facing water shortages, and with the National Weather Service projecting that the dry stretch will continue, the problems that accompany droughts are likely to pile up heading into this summer.

Ryan Jensen saw the impacts of California’s last major drought firsthand while working for the Community Water Center in the San Joaquin Valley. When residential wells ran dry, students had to shower in their school locker rooms. To keep toilets running, some rural households relied on hoses slung over fences from their neighbors.

With groundwater depleted by that drought, which only ended in 2017, and ongoing overuse of water on farms, families have had to dig deeper wells, which can be prohibitively expensive.

“For some folks, the last drought never really ended. There are still homes in the San Joaquin Valley that have been on a water tank since the last drought,” said Jensen, who works in the center’s Visalia office.

That last drought also led to other fallouts: billions of dollars in economic losses as farmers were forced to let fields lie fallow and a 50 percent drop in electricity production from dams. It also contributed to the death of over 100 million trees, which fuels bigger wildfires, like the ones that ripped through the West last summer. If the current drought continues, similarly stark consequences lie ahead.

Unfortunately, these droughts in rapid succession aren’t an aberration but rather a sign of what’s to come. Climate change is driving more severe droughts and spurring longer, more troubling “megadroughts” across the Western states. Here’s what you need to know about what the future holds for these states as temperatures rise.

The latest episode in a megadrought

This time last year, the West was relatively drought-free after a wet winter in 2019. But by now, the region has swung from 27 percent in drought to 77 percent, according to the latest data from the US Drought Monitor released Thursday, March 11.

Over the past year, the drought has been building due to a lack of rain, a weak summer monsoon in the Southwest, and intense summer heatwaves. “If I had to pinpoint one thing that really drove the drought to where we are right now, it was the heat of last summer,” said Brian Fuchs, a climatologist at the University of Nebraska’s National Drought Mitigation Center.

High summer temperatures sucked the moisture out of the soil and evaporated water resources.

The Four Corners, where Utah, Arizona, New Mexico, and Colorado meet, has been the epicenter of this drought, Fuchs said. The dark splotch below shows that those states as well as Nevada have been experiencing the most intense drought.

Now the West is in the winter wet season, but due, in part, to the La Niña weather pattern, too little rain and snow is falling to make up for the preceding dry months.

Some rain and snow may still fall, but the National Weather Service’s seasonal forecast projects that drought conditions will persist across the Western US through May, the end of the current forecast period. “We do have some time to maybe put a dent in some of these deficits that we’ve seen through the winter,” said Fuchs. “Now the idea that we are going to catch up completely — that’s going to be tough.”

The trajectory of this drought episode remains unclear, but scientists say that it is actually part of a bigger megadrought — a decades-long dry spell, punctuated by severe droughts. This megadrought began around 2000, and as the chart below shows, the majority of land in the West has been in some level of drought ever since.

To understand why the West is in a megadrought, the role of climate change, and what it means for the region’s future, we first need to look at some historical clues.

Based on data from tree rings and other ecological records of weather and climate patterns of the last few thousand years, we know that the West is no stranger to drought. In an April 2020 tree ring study published in Science, researchers found that several megadroughts occurred between 850 and 1600 — before humans started pumping massive amounts of greenhouse gases into the atmosphere. These droughts were likely caused by cool temperatures in the Pacific Ocean that prevented rainfall from reaching the Southwest.

While natural variability has also been a factor in recent droughts, the current megadrought is also being driven by climate change, according to the study. Higher temperatures, caused by greenhouse gases, have increased evaporation and decreased precipitation in the spring across the region. The researchers were able to identify that climate change accounted for 46 percent of the drought’s severity.

Without climate change, there still would have been a drought, but “anthropogenic warming was critical for placing 2000–2018 on a trajectory consistent with the most severe past megadroughts,” they wrote. The current megadrought, which they traced from 2000 through 2018, was the second driest 19-year episode in the 1,200-year record.

This finding is not just important for how we understand the current crisis but also the coming decades in the Western US as temperatures continue to climb.

The latest National Climate Assessment, authored by 13 US federal agencies in 2018, laid out a grim future for the states: Rising temperatures will increase the likelihood of megadroughts in the region and make droughts more frequent and severe, according to the scientific literature cited.

While annual precipitation in the Southwest may not necessarily decrease, the hotter annual temperatures will burn off more moisture, contributing to droughts, the researchers explained in the Science tree ring study.

Communities across the West have already felt the impacts of the latest drought, starting with last year’s devastating wildfires. The growing drought over the summer dried out vegetation, priming the landscape to burn.

Now, as water reserves plummet, New Mexico state officials are encouraging farmers to not plant crops, the Wall Street Journal reported. Reservoirs are also troublingly low in California, and snowpack — which serves as a critical water bank for the state — is at 61 percent of the average for early March.

Due to the role of climate change, preventing the worst outcomes from drought going forward starts with reducing greenhouse gas emissions as fast as possible.

And states will also have to keep adapting.

After the last drought, California put in place its first groundwater management law as well as conservation directives that decreased water use by 25 percent between 2014 and 2017. But for the two million Californians who rely on wells, many of whom live in marginalized communities in rural areas, the situation is still precarious. During the last drought, farmers increasingly turned to pumping groundwater, which caused thousands of neighboring drinking water wells to fail by the end of the drought.

According to Erick Orellana, a policy advocate at the Community Water Center, this could happen again because the existing groundwater laws don’t prioritize these communities. “The fact is that, currently, California does not have preparedness plans in place for the most vulnerable communities,” he said. Current regional plans under the state’s groundwater management law would allow thousands of wells to go dry, the Guardian reported.

These measures are a step forward, but some government officials have also acknowledged a growing incompatibility between current patterns of water use and dwindling resources. Three-quarters of annual water consumption in the Southwest goes to irrigating crops, and populations are growing in cities that are naturally dry. In St. George, a city in southern Utah’s Washington County, a construction boom is straining water demand amid the drought.

“Our Plan B is you’ll have to at some point say, ‘Stop. You can’t build any more houses here,’” Zach Renstrom, general manager of the Washington County Water Conservancy District, told the Wall Street Journal.

In the San Joaquin valley, as aquifers drop, researchers say current levels of agricultural water use are untenable. A few months ago, the Community Water Center in San Joaquin started fielding calls for help from people losing water access once again. “The calls we were getting last summer really just gave me a major sense of deja vu to 2014,” Jensen said.

“I think that the bottom line is that the way things have been done in the entire Western United States, but specifically in the San Joaquin Valley of California, are just clearly unsustainable.”

You can now personalize your iPhone home screen. People are already making it weird.
Brit Bennett on publishing The Vanishing Half during the George Floyd protests
The mask shortage is forcing health workers to disregard basic coronavirus infection control
Consumers were slammed in the Great Recession. The CFPB’s former director warns worse could be on th...
5.2 million people can’t vote due to their felony record, according to a new report
What would have happened if Hillary never married Bill Clinton?