The Michigan primary results raised a striking question about sexism 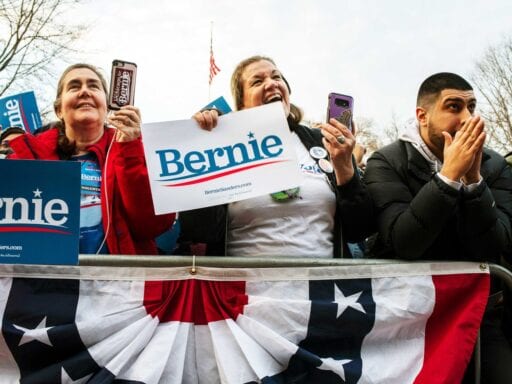 Joe Biden outperformed Hillary Clinton in county after county in the Michigan Democratic primary on Tuesday, raising questions yet again about whether “electability” really is just about sexism.

Overall, Clinton lost by less than 2 percentage points in the state. Biden won by 16.

The difference in these outcomes was made all the more stark by the similarities between the candidates. New York Times columnist Charles Blow pointed out what many former Clinton fans were thinking: “Biden isn’t that much different from Hillary Clinton on the issues. Big difference: she was a woman and he isn’t.”

Former Clinton communications staffer Jess McIntosh had a grim read of the situation, too. “I’m more likely than most to blame sexism for the 2016 race, and it appears I underestimated it,” she told Vox.

The swing toward Biden in 2020 was driven by white voters: Both white men and white women backed the former Vice President by 10 points more than they did Clinton in 2016, according to CNN exit polls. Sanders, notably, saw double-digit dips in support across the two groups after winning them last cycle. Meanwhile, support for Clinton and Biden among black voters was about the same.

Given the support he saw, Biden’s win in Michigan wound up being decisive. Rural counties including Huron, Luce, and Marquette, which went for Sanders in 2016, flipped for Biden. Biden also won white college graduates and white voters with no degree, two groups that Clinton lost by more than 10 points.

As Vox’s Ezra Klein put it, the parallels between the two cycles seem to set up a “natural experiment” to examine the “role gender plays in voter preferences and judgments about electability.”

It’s worth noting that there are some key differences this time around, however. For one, Democratic voters are much more eager to defeat Trump.

“Female voters and African American voters went for Biden in pretty large numbers. Part of the calculus those groups are making is not necessarily ‘We love Joe Biden,’ it’s probably ‘we’re in an emergency, and who do I think is going to beat Donald Trump,’” says writer Jill Filipovic.

And that’s far from the only other variable at play. In 2016, Clinton put her progressive stance on social issues including gender and racial equity at the forefront of her campaign — and researchers theorized that these positions contributed to pushback from more socially conservative voters. Additionally, she dealt with a set of political baggage that some have viewed as uniquely polarizing. (Biden has also been in politics for decades and has been dogged by critiques of his own policy track record.)

Ultimately, it’s tough to parse out exactly how much the difference in the Michigan results was driven by sexism, but it’s a pretty sure bet that it was a factor.

“When a man runs against a woman in a head-to-head contest for a male-coded position like the presidency, he reliably gets a boost due to prevalent gender biases,” says philosopher Kate Manne, the author of Down Girl, a book that examines the impact of misogyny on public life. “The fact that Sanders did so well against Clinton and so much worse against a fairly comparable male candidate in the form of Biden serves as some confirmation of this.”

Sexism was undoubtedly a factor in 2016

Gender biases, conscious or unconscious, were pervasive in the 2016 election, a fact that’s well-documented by research.

In the general election, political scientists found that voters who backed Trump were more likely to score higher on a “hostile sexism” scale, which attempts to measure unconscious biases that voters may have about women. Relatedly, those who opted to switch from backing Sanders in the primary to Trump in the general election, rather than Clinton or a third party candidate, were also more sexist.

For members of Clinton’s team — and the candidate herself — the presence of these biases was evident. Whether it was the uneven scrutiny of her plans compared to those of her competition, or the ongoing skepticism she faced from a subset of white male voters, they saw her being held to a different standard.

“In 2016, we knew we were bumping up against a lot of these theories of misogyny, no doubt,” says Clinton’s former political director Amanda Renteria, who’s now a senior adviser for Emerge, an organization dedicated to electing more women to public office.

In Michigan specifically, Renteria cited the obstacles Clinton encountered as she courted labor union members for their support. As CNN exit polls show, Clinton fared worse than Biden did this time around with union members. Forty-six percent of voters in a union household went for Clinton in 2016 while 55 percent voted for Biden in 2020.

“It is easier for guys to create that connection within that union movement in places in the Midwest,” says Renteria. “It’s one of the things we faced. Women are not at gender parity in the labor movement.” According to People’s World, women make up 45 percent of union membership nationally but comprise a much smaller share of its leaders.

In 2016, union members highlighted Clinton’s support for the Trans-Pacific Partnership — a position she later changed — as part of their opposition. Biden, too, once supported the agreement, but he hasn’t seemed to face the same pushback.

Neera Tanden, the president of the Center for American Progress and a prominent Clinton surrogate, also points to broader biases in the framing of media coverage. “Do you cover emails as a Lady Macbeth plot or is it just that Hillary didn’t ascribe to email protocols delineated by the State Department?” she said.

The groups that moved away from Sanders and in favor of Biden this cycle are among those more likely to be sexist, according to a study of general election voters conducted by University of Arkansas political scientist Angie Maxwell. “White respondents were more sexist than black Americans,” Rebecca Onion wrote in a write-up describing the findings for Slate; this analysis, though, included Republican as well as Democratic voters.

Gender biases have been apparent in 2020, too. Throughout the primary, women candidates have been scrutinized for their likability, trustworthiness, and qualifications in ways that men simply haven’t been.

“I think the proof of the argument that it was not unique to Hillary is that the women candidates have all faced difficult challenges,” says Tanden.

YouGov’s Sam Luks and Tufts University’s Brian Schaffner found that likely Democratic primary voters who were more likely to agree with statements tied to hostile sexism were less likely to consider the top women candidates as their pick in 2020.

There are other factors at play, too

Political scientists acknowledge the presence of gender bias in the Michigan primary outcome, but also caution that its effects can be tough to pin down among myriad other factors.

“I am not sure how we parse out how much of [the result] might have been related to reaction to Clinton and how much of it is motivated by the panic so many Democratic voters seem to be expressing in their desperate search to decide which candidate will beat President Trump,” University of Wisconsin political science professor Kathleen Dolan tells Vox.

According to CNN exit polls, the majority of Michigan primary voters were interested in a candidate who could beat Trump, and 62 percent of people who said that was a priority ended up choosing Biden this year. During the Michigan primary in 2016, which also took place in March, Trump had yet to be selected as the nominee.

“At that point, there wasn’t as clear of an opponent,” says Kelly Dittmar, a political science professor at Rutgers and scholar at the Center for American Women and Politics. Dittmar notes that Biden’s success across voting groups including men and women could be indicative of the broader momentum he’s picked up — and his higher favorability ratings, which are also inextricably tied to gender.

Political scientists Brian Schaffner, Matthew MacWilliams and Tatishe Nteta have also concluded that another issue may have affected Clinton’s reception by socially conservative voters in the 2016 general election: the messaging she put forth that focused on gender and racial equity. This same approach could have affected how these voters responded to her — compared to Biden — in the primary as well.

Additionally, the University of Virginia’s Jennifer Lawless argues that Clinton’s tenure in politics played a big role. “Hillary Clinton was an imperfect candidate with 25 years of very public baggage. It’s impossible to know whether voters chose Sanders over her because of sexism or ‘Clintonism,’” she says.

Biden, of course, has also been in politics for decades and has faced scrutiny for an array of actions including his treatment of Anita Hill during the Clarence Thomas hearings in the 1990s, his role in authoring the 1994 crime bill, and his multiple failed presidential bids — one of which involved a plagiarism scandal.

Sanders struggled with a gender gap in both years

There were some trends that stayed consistent across 2016 and 2020, including the gender gap that Sanders faced in Michigan. Clinton beat him with women voters by six points in 2016, and Biden did the same by 23 points in 2020.

There are a couple reasons for this that have been floated by political observers. Concerns about electability are chief among them — particularly because women and voters of color may feel as though they have more to lose in the case of another Trump term.

Public perceptions about the misogyny of a small subset of Sanders supporters and the fierce competition between Clinton and Sanders in 2016 also likely influenced some voters. Earlier in this campaign cycle, Sanders dealt with allegations of sexism and harassment levied by aides about the culture of his 2016 campaign, all of which he has condemned.

“I think a lot of women who were inspired by Hillary Clinton’s run remember 2016 and perhaps don’t look too kindly to Sanders because of that,” Filipovic told me.

Renteria credits the endorsements of Michigan Gov. Gretchen Whitmer and the in-state campaigning conducted by other surrogates of the Biden campaign like Sens. Amy Klobuchar and Kamala Harris as factors that may have also helped him boost his numbers with women.

Beyond the questions of if sexism played a role in 2016 and 2020 — ones that are increasingly settled — there’s a big outstanding one about how to deal with it. At this point, that question centers on how best to combat sexism in the presidential race and acknowledge it without forcing women candidates into fielding subsequent questions about electability.

“How do you accurately describe the misogyny in America without reaffirming the risk that misogyny creates?” Tanden asks.

The solution, for now, seems to be continuing to call it out — and to continue running more women candidates.

Biden will reverse Trump’s decision to label Yemen’s Houthis as terrorists
A Ferguson City Council member is challenging the prosecutor who oversaw the Michael Brown case
“A major outbreak and a major collapse”: South America’s worrying coronavirus future
The best movies of 2020, so far
Former Kentucky Gov. Matt Bevin’s 428 pardons are upsetting both Democrats and Republicans
HBO has reportedly canceled the first prequel to Game of Thrones