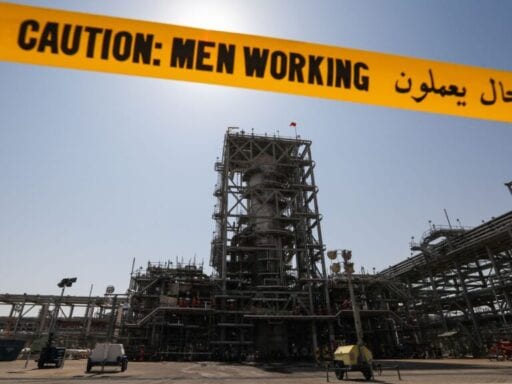 The Aramco IPO ushers in a new era of Saudi money in tech.

Saudi Arabia sits on loads of money that it wants to invest in Silicon Valley startups. But for nearly a century, Saudi Arabia has had an unusual problem.

No, not any concerns about the ethics of taking its money. But that some of this “money” wasn’t exactly spendable. It was the wealth derived from the world’s most profitable company, the Saudi state-run oil giant called Aramco that was once predicted to be valued at as much as $2 trillion.

But this week ushers in a new era and solution to that unique money woe: Aramco is going public in what could be the largest IPO ever. And Silicon Valley — along with anyone who worries about the Saudis’ influence in the American economy — should pay attention.

The public listing is expected to give the Saudi government $25 billion in cold, hard cash, much of which is thought to be headed to the Saudi’s sovereign wealth fund called the Public Investment Fund (PIF). Chaired by Mohammed bin Salman, PIF is the tip of the spear for the Saudis’ striving attempt to transform their country’s oil-and-oil-only economy into something more diversified, durable, and modern.

Over the last few years, the Saudis have crept quietly into every facet of the Silicon Valley startup scene, investing in companies you’ve heard of, like Uber, and many you haven’t, often with little fanfare and scrutiny. They’ve feted Silicon Valley celebrities at glitzy conferences in Riyadh and unveiled plans to open investing offices in downtown San Francisco. They’ve acquired stakes in leading venture capital firms, most strikingly by becoming the largest outside backer of the SoftBank Vision Fund, by far Silicon Valley’s most controversial investor.

And that was all before the Aramco IPO. If that was phase one, phase two would begin when Aramco shares begin trading, the first of what could be multiple listings that would in theory equip the Saudi government with a seemingly unlimited amount of money to shower on American companies. Even Aramco itself wanted its own venture capital firm.

Maybe the killing of Jamal Khashoggi by that same Saudi government would make Westerners reconsider that plan, some skeptics hoped. But Saudi influence in Silicon Valley remains as strong as ever a year after his murder. Tech leaders won’t attend the Riyadh conference, but the Saudi government is still investing in startups like those of Uber founder Travis Kalanick, and it still manages to infiltrate iconic American tech companies like Twitter with its spies.

The hurdle to Saudi influence would not be Silicon Valley’s ethics. If anything, it would appear to be possible troubles with the Aramco IPO, which was delayed for years, leaving the Saudis in search of other billions. David Petraeus, the former CIA director, has proclaimed that the country is “running out of money.”

But the Saudis seem to have solved that problem, too, finding other ways to supplement the eventual Aramco proceeds and finance their international ambitions. PIF last month signed a deal for a $10 billion loan, the first time it ever borrowed money. And earlier this year, PIF sold part of its stake in the country’s state-run petrochemical company, Sabic, for $70 billion — although that cash now won’t come until 2025. Both of those were seen as alternative ways for the Saudis to keep the money flowing even if the Aramco IPO didn’t happen or live up to expectations (and it turns out that it won’t — the original hope was that the IPO would raise $100 billion for PIF).

Where will this all end? The best case scenario might be Norway, whose massive sovereign wealth fund — the world’s largest — is divesting from fossil fuels and toward an investment strategy organized around areas like infrastructure. But yet no one worries about Norwegian influence in American startups. And so the worst case scenario is that the Saudis will continue to spread their ethically-conflicted money across Silicon Valley, only this time with more of it.

US warns Americans not to travel overseas — and to try to get back now
45 movies to look forward to this fall
What to make of the DHS whistleblower’s shocking complaint
Contact tracing, explained
The QAnon supporters winning congressional primaries, explained
Trump’s favorite weapon in the coronavirus fight: Deregulation