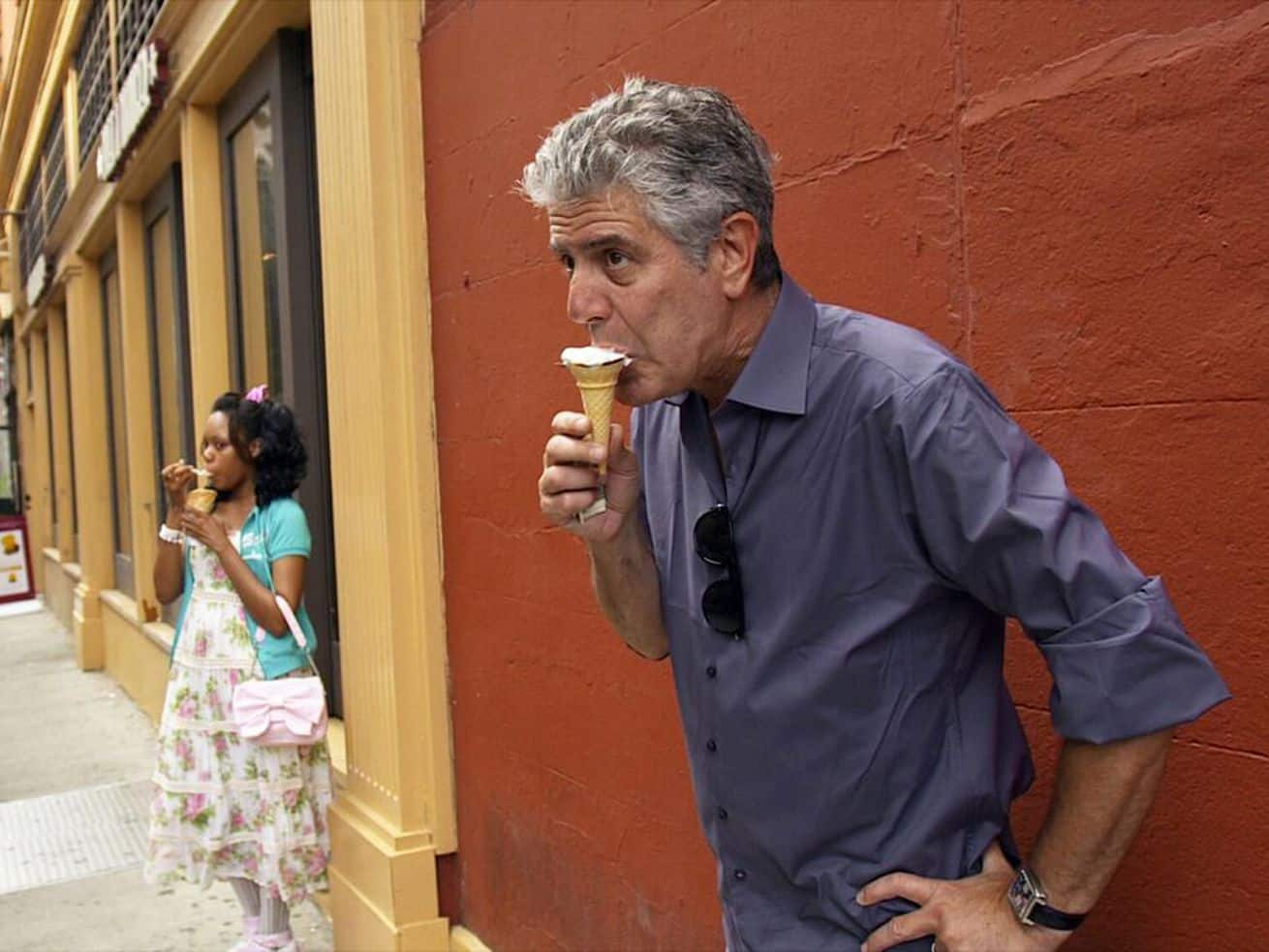 It’s ethically thorny at times, but well worth watching.

Biographical documentaries are a dime a dozen, but judging by how many achieve only some level of okay-ness, making a good one must be extraordinarily hard. Sometimes that’s because the subject is still alive, and inevitably exerting some control over what makes the final cut. More often, though, it’s because such films succumb to the cradle-to-grave impulse, the need to cover everything about their central figures from childhood onward, as if the goal of a biographical film is to recreate the Wikipedia entry, but with video. They’re mostly for the fans, or the curious neophytes.

But a good biographical doc is more than a multimedia encyclopedia entry. It’s a work of cultural criticism, not simply laying out the shape of a life but also reminding us why the person who lived it was important enough to merit a whole movie. It tells us what an individual’s legacy means, as a cultural artifact.

Roadrunner: A Film About Anthony Bourdain does this beautifully.

Morgan Neville — whose acclaimed 2018 film about Fred Rogers, Won’t You Be My Neighbor?, is also one of the highest-grossing documentaries of all time — seems to have a knack for structuring biographical films so they transmit cultural import alongside the simple facts of a person’s existence. Won’t You Be My Neighbor? was not just a way to learn about Mr. Rogers; it was a way to learn about ourselves, and viewers’ rapturous, emotional response to the film bore that out. We were understanding our love of Mr. Rogers better as we watched, and thus, understanding ourselves.

Roadrunner does something similar, albeit with a very different figure at its center: Anthony Bourdain, the chef, writer, and travel documentarian who died by suicide in 2018. From the film, we learn next to nothing about Bourdain’s childhood, family, or youthful interests, how he learned to cook or why. And that’s great. Instead, he emerges fully-formed in the film as a chef at Manhattan’s Les Halles restaurant in the 1990s, a lanky, handsome guy with an earring and a lot of energy.

From there, Roadrunner — which at times pulses with energy that feels borrowed from a late-’90s music video on MTV, in a good way — straps us onto the back seat of the motorbike that was Bourdain’s career, starting with the bombshell publication of Kitchen Confidential in 2000, rocketing through his awkward early TV years and into the more confident ones, and ending with his devastating death.

Bourdain isn’t here to comment on his own life, but the filmmakers dug up a lot of footage from his shows and TV interview appearances, plus B-roll and videos shot by family and friends, which makes it feel as if Bourdain was intimately involved with the movie anyway. The screen is full of him, looking out onto a lush landscape from a plane or firing snark at a producer or sitting on the ground in a family’s home or downing the beating heart of a cobra in a restaurant. We hear from many of his friends, like chefs David Chang and Éric Ripert and artist David Choe, and from the crew that followed him all over the world. We see him with his first wife, Nancy Putkoski; and then his second wife, Ottavia Busia, mother of their daughter Ariane; and finally with Asia Argento, his final girlfriend, with whom he split shortly before his death.

My eyebrow raised a few times throughout the film, and as I thought about it afterward. I am bothered by the section that involves Argento — it veers disturbingly close to outright blaming her for Bourdain’s death. Most likely, it’s his friends’ attempt to find a cause for his death, but that’s an ill-advised way to grapple with death by suicide. Bafflingly, Neville has said he didn’t ask Argento to participate in the film, which would have been a lot more fair to her, and the decision to exclude her without informing viewers raises some acute ethical questions.

Neville also used an AI model to create audio of Bourdain “speaking” some unspecified lines (with his estate’s permission) that Bourdain had in reality only written down. At best, that was completely unnecessary, and should have been handled differently or disclosed to audiences. A degree of manipulating reality is inherent in the act of making a film, but the choice is worthy of the serious pushback it’s been receiving.

But I think, on balance, the movie is still worth watching. Roadrunner quite successfully gives us all the reasons to admire and love Bourdain’s work, his insatiable curiosity, and his passion for every culture on the globe and desire to share the world with everyone.

And it also works hard to avoid a dangerous conclusion. Roadrunner makes a strong case for an artist who died far too soon. But it doesn’t want us to think of him as a martyr, or of his death by suicide some proof of noble genius. It won’t romanticize the end of his life (though it may try too hard to find the reasons it happened).

Instead, his friends break down in angry tears, frustrated with him for leaving them, upset that his work was cut short by his death and the mental illness that drove him to it. Processing that trauma doesn’t come easy, and Roadrunner brings it to the surface.

So, it’s a gutting film. It’s unsettling in spots. It doesn’t offer answers, or at least not answers that make things better. The end of Bourdain’s life doesn’t have a single meaning, a neat takeaway. The messiness of existence is the point.

And that, Roadrunner suggests, is where Bourdain’s cultural significance lies. He loved food, loved people, loved travel and adventure. He could be brusque and loving, tender and tough, brilliant and baffling. He was a person worth making a biographical documentary about. In resisting the urge to paint its subject as a saint, Roadrunner gives us something better: a human.

Roadrunner: A Film About Anthony Bourdain opens in theaters on July 16.

Why so many dead fish are washing up on Florida’s beaches
Trump addresses rumors on whether First Lady's surgery was a facelift
Getting, staying connected with fathers
Trump supporters praise Supreme Court travel ban ruling as victory for conservative agenda
A North Carolina court just threw out Republicans’ gerrymandered state legislature map
Child tax credit payments are going out. Here’s how to get yours.