The NRA, America’s most powerful lobby, claims it’s in financial crisis. What? 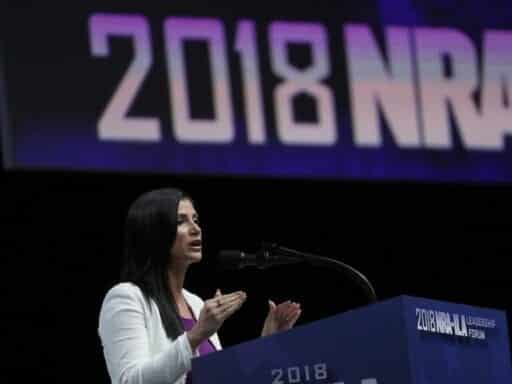 The National Rifle Association (NRA), the premier pro-gun lobby in the United States and arguably one of the country’s most powerful interest groups on any policy topic, says that efforts to fight it by New York Gov. Andrew Cuomo (D) could make it “unable to exist as a not-for-profit or pursue its advocacy mission.”

In the July 20 amended complaint, first reported by the New York Law Journal’s Dan M. Clark and embedded at the bottom of this article, the NRA accuses Cuomo, as well as New York State Department of Financial Services (DFS) Superintendent Maria Vullo, of issuing a “series of threats to financial institutions that DFS … will exercise its extensive regulatory power against those entities that fail to sever ties with the NRA.”

The threats amount to a series of warnings and regulatory actions by the New York state government targeting insurance companies and other financial entities doing business with the NRA, warning that working with the group would put financial businesses in legal jeopardy or damage their public reputation. While it’s in the NRA’s interest to exaggerate the danger Cuomo and his allies’ actions pose to the group (so as to strengthen the lawsuit’s case), the complaint argues that Cuomo’s actions could wind up threatening the NRA’s continued existence.

To pay its employees, buy mailing materials, have a website, accept donations and membership dues, etc., the group needs basic checking account services. To keep holding its annual meeting and other rallies, it needs event insurance coverage. And in particular, it needs media liability coverage to run NRATV and other media projects. Without it, “it is likely that NRATV would be forced to cease operating,” the complaint states.

The complaint further argues that the organization is having real difficulties securing this coverage. In January, it states, the NRA began negotiations with “a major DFS-regulated insurance carrier” (which it only refers to as the “Corporate Carrier”) to renew its general liability, umbrella, and media liability insurance policies.

In February, the insurance company Lockton, which is not the corporate carrier in the suit but which collaborated with the NRA on its “Carry Guard” line of insurance products, publicly announced it would stop working with the NRA. The corporate carrier then, the complaint says, “abruptly reversed its position” and said it was “unwilling to renew coverage at any price” (emphasis in original).

“The NRA has encountered serious difficulties obtaining corporate insurance coverage to replace coverage withdrawn by the Corporate Carrier,” the complaint says. “Nearly every carrier has indicated that it fears transacting with the NRA specifically in light of DFS’s actions.” Multiple banks, it continues, have also withdrawn bids to do basic depository services for the NRA.

The origins of the Cuomo v. NRA battle

The lawsuit dates the New York state government’s efforts against the NRA to September 2017, and blames it on pressure from Everytown for Gun Safety, a pro-gun control group financially backed by former New York City Mayor Michael Bloomberg.

In October 2017, the lawsuit notes, New York’s Department of Financial Services began investigating the “Carry Guard” line of insurance products, a firearms training program from the NRA that also offers insurance “to cover legal fees and liabilities arising from self-defense shootings.” But “the scope of the DFS investigation expanded rapidly” and by late 2017 and early 2018, the NRA says, the DFS was pressuring banks and insurers to stop working with the NRA.

As the Trace’s Alex Yablon explains, the dispute became very public in April when Cuomo called on the Department of Financial Services to “urge insurance companies … to review any relationships they may have with the National Rifle Association and other similar organizations” and to “consider whether such ties harm their corporate reputations and jeopardize public safety.”

In May, DFS reached settlements including more than $8 million in fines against Chubb and Lockton Affinity, two insurance companies that supported Carry Guard.

In a press release on the Lockton case, DFS Superintendent Vullo said that the Carry Guard program “unlawfully provided liability insurance to gun owners for certain acts of intentional wrongdoing, and improperly provided insurance coverage for criminal defense.” As part of the settlements, Lockton and Chubb both agreed to refrain from participating in Carry Guard or selling similar products to New York residents.

Cuomo has been a vocal gun control advocate for years, and it’s not exactly surprising that he would choose to target the NRA. From his perspective, DFS is taking perfectly legitimate, legal actions against the group after the NRA and its commercial partners violated state laws regulating insurance and the marketing of insurance.

From the NRA’s perspective, Cuomo is creating a “de facto censorship scheme” meant to chill pro-gun rights speech and the NRA’s right to free association.

What does this mean for the NRA’s future?

The complaint depicts an organization in mortal peril, whose lack of access to basic financial instruments could threaten its very existence.

But the NRA is a mass-membership organization with powerful supporters in the federal government and the business community. A skeptical reader might argue that the NRA is trying to portray itself as more threatened than it really is in order to strengthen its case against Cuomo and enable it to resume offering its Carry Guard line of insurance products.

That said, the reputational pressure the group is facing, in light of the Parkland school shooting and renewed gun control advocacy by students and others, is very real. An anonymous source at Ackerman McQueen, an advertising/PR firm that has worked closely with the NRA, gave Yablon at the Trace a candid explanation. The source said, as Yablon put it, that the NRA was “counting on Carry Guard to provide revenue after Donald Trump’s 2016 election win.”

Notably, the NRA is asking for Cuomo and Vallo to pay for damages caused by “lost prospective business relations.” That is, if Carry Guard can’t get them money, they want to get it by suing.

What we know about a shooting at a Texas church
Pompeo says “military action is possible” in Venezuela if Maduro doesn’t step down
Why are Bird Box memes so popular? It’s complicated.
Here’s how you can help people who’ve lost jobs or housing in the wake of coronavirus
Mark Zuckerberg on leaked audio: Trump’s looting and shooting reference “has no history of being rea...
Trump has no clue how to strike a deal with Dems. His State of the Union speech proved it.