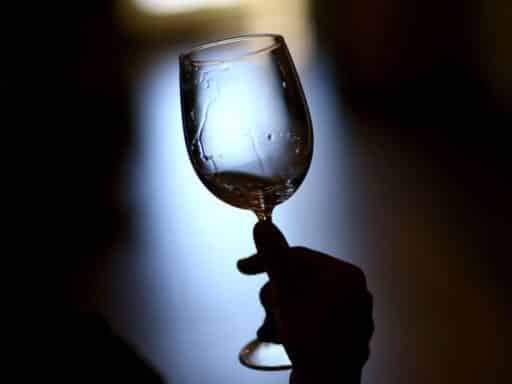 America is in the middle of an alcohol epidemic.

To put that in perspective, there were roughly 70,000 drug overdose deaths in the US in 2017. Based on the Alcoholism study, alcohol was linked to more deaths than all overdoses — even at the height of America’s opioid epidemic. Alcohol accounted for 2.6 percent of all deaths among people 16 and older in 2017, up from 1.5 percent in 1999.

The study looked at mortality data from the National Center for Health Statistics to analyze alcohol-related deaths among people aged 16 and older from 1999 to 2017, the last year of data available at the time of the study. Deaths were alcohol-related if alcohol was marked in death certificates as an underlying or contributing cause.

Men, people between 45 and 74 years old, and American Indians and Alaska Natives were disproportionately likely to die from alcohol. The largest increase in alcohol-related deaths occurred among white women.

Nearly half of alcohol deaths were due to liver diseases or overdoses linked to alcohol alone or alcohol and other drugs. The other half included, among many factors, car crashes, other unintentional injuries, suicide, homicide, and heart disease.

According to the researchers, the deaths tracked with other research showing a rise in the consumption of alcohol and related harms, including emergency room visits and other hospitalizations.

There were nearly 1 million alcohol-related deaths between 1999 and 2017, the study found. In that same time frame, drug overdose deaths totaled a bit over 700,000.

The researchers cautioned that their figures likely undercount the number of alcohol-related deaths. A previous analysis from the Centers for Disease Control and Prevention, based on 2006 to 2010 data, put deaths due to excessive drinking at 88,000 per year. But that analysis relied on more than data from death certificates, which are known to miss potentially thousands of alcohol-related deaths. With a more expansive analysis like the CDC’s, the study’s results could have been even worse.

The study speaks to a problem in American public health and drug policy: While crises like the opioid epidemic (deservedly) get a lot of attention, even deadlier drug crises are often neglected by the public, policymakers, and media.

Alcohol isn’t even the deadliest drug. The Centers for Disease Control and Prevention previously estimated that tobacco smoking is linked to 480,000 deaths each year, or roughly 1 in 5 deaths. In other words, preventing just 30 percent of smoking deaths would prevent more deaths than preventing all drug overdose deaths and alcohol-related deaths combined.

Yet alcohol and tobacco haven’t filled a big part of public discussions about drugs in the past few years, especially compared to the opioid epidemic.

One example for booze is raising the alcohol tax. There is a ton of research that suggests this would reduce alcohol-related deaths. One review by David Roodman, a senior adviser and researcher for the Open Philanthropy Project, found the “literature on this topic is large,” and “the preponderance of the evidence says that higher prices do correlate with less drinking and lower incidence of problems such as cirrhosis deaths.” He concluded “a 10% price increase would cut the death rate [from alcohol-caused diseases by] 9-25%. For the US in 2010, this represents 2,000-6,000 averted deaths/year.”

To put it another way, increasing the cost of a six-pack of Bud Light by 50 cents — and other drinks by similar levels — would probably save thousands of lives every single year.

Yet Congress has actually moved in the opposite direction. In 2017, Congress cut alcohol taxes. Last year, Congress extended alcohol tax cuts. By just about any measure, this has led to more alcohol deaths and will lead to more alcohol deaths — yet there was very little opposition to either move when the measures passed, with the spending deal that included the most recent extension getting wide bipartisan approval in Congress.

There are other approaches to alcohol that could work as well: limiting the number of alcohol outlets, yanking people’s right to drink if they get in trouble with the law due to alcohol, putting state governments in charge of alcohol sales, and expanding access to evidence-based and effective addiction treatment.

With tobacco, we have other evidence-backed policies: raising taxes to reduce access; improving access to safer alternatives to smoking like nicotine gum, nicotine patches, and e-cigarettes; using stronger warning labels; and raising the smoking age (which, to their credit, Congress and President Donald Trump recently did).

But for the solutions to get more attention, the public and policymakers need to be aware of the problem. Studies like the one in Alcoholism show how bad the problem is getting as we don’t do enough.