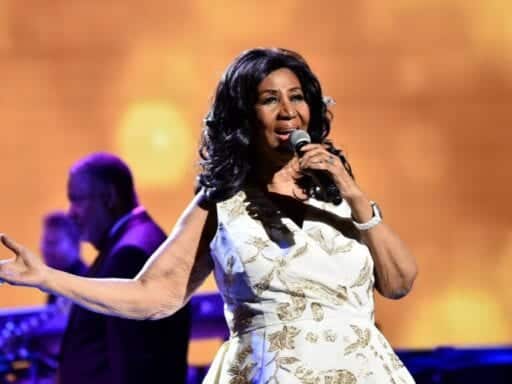 Aretha Franklin was a frequent voice at the Obamas’ White House. “She helped us feel more hopeful, more human.”

Barack and Michelle Obama have always had a special relationship with Aretha Franklin, who died at age 76 on Thursday at her home in Detroit. The former president and first lady have been selective in the public statements they’ve made since leaving the White House, but after the news of Franklin’s death, they issued a deeply heartfelt letter of remembrance to the media.

Referencing Franklin’s designated title, “the Queen of Soul,” the Obamas began, “America has no royalty. But we do have a chance to earn something more enduring.”

The Obamas’ statement is moving both for what it says about Franklin and for what it says about a polarized country that’s united for a moment in mourning her loss. Franklin’s passing touched both the former and current president, with Donald Trump tweeting that she was “a great woman, with a wonderful gift from God, her voice.”

Statement from President and Mrs. Obama on the Passing of Aretha Franklin pic.twitter.com/exgjm86d19

The Queen of Soul and the Obamas had a special relationship for many years. Franklin performed at Barack Obama’s first inauguration in 2009, delivering an iconic performance of “My Country, ’Tis of Thee” as well as an iconic fashion statement.

(In contrast, Franklin pointedly refused to say whether she’d sing at Trump’s inauguration when asked if she would. On Thursday, the president reportedly claimed to the White House press pool that Franklin was “a person he knew well” who “had worked for him.”)

The Obamas witnessed another special moment from Franklin in 2015, this time at the 38th annual Kennedy Center Honors — the penultimate such evening attended by an American president since Trump took office. On this night, Franklin gave a surprise performance of “Natural Woman” to honor the song’s composer, Carole King — and she brought the house down.

Rocking the song in one of her famous furs and accompanying herself on piano like it was nothing, Franklin was so emotive that she moved Obama, along with King herself, to tears.

That same year, the Obamas hosted a performance of gospel singing at the White House — where, despite a broken air conditioner, Franklin and the Morgan State University choir led the room in what was effectively an old-time camp meeting.

In their statement upon her death, the Obamas affirmed that Franklin’s voice wasn’t just miraculous. In it, they declared, we heard our history, our struggles, and the painful progress of being American: “In her voice, we could feel our history, all of it and in every shade — our power and our pain, our darkness and our light, our quest for redemption and our hard-won respect.”

In essence, the Obamas are saying Franklin was an artist who spoke to all of us, regardless of identity, and whose music represented us all at our best and worst, and perhaps even showed us ways of reconciling our flaws with ourselves and each other. The implication that we need that unity more than ever rings loud and clear.

“She helped us feel more connected to each other,” they wrote, “more hopeful, more human. And sometimes she helped us just forget about everything else and dance.”

Spoken like true devotees of the woman who taught us all how to rock steady.

Trump issued an executive order effectively banning TikTok if it doesn’t sell in the next 45 days
White threat in a browning America
Amazon, Apple, and Google are working together so that your “smart” home works better
Trump is holding a rally in one of the country’s worst Covid-19 hot spots
A day in name-changing court
The “boogaloo” “movement,” explained