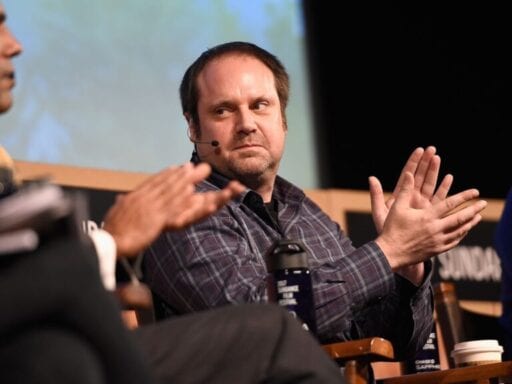 Share
Loading...
Jeff Skoll said this week that he would spend another $100 million on coronavirus relief. | Photo by Matt Winkelmeyer/Getty Images for Sundance Film Festival

These philanthropies have $1.2 trillion that they could spend on fighting the coronavirus. So why aren’t they?

For all the good that some billionaires like Bill Gates have done for the world during the coronavirus pandemic, the philanthropies of the rich are still sitting on $1.2 trillion in assets that could make a difference, right now.

Just because these millionaires and billionaires have poured money into their charitable foundations, doesn’t necessarily mean that those foundations have then given that money away. These foundations generally give away just 5 percent a year. And they are likely to keep disbursing the same percentage of their money they typically do, despite the unprecedented public health and economic crisis.

“A fire is spreading and they have a giant tank of water. And we’re just going to spend 5 percent of the water?” said Vu Le, a popular writer on nonprofit issues. “Everyone is in denial.”

Few charitable foundations have signaled that they are departing from the usual protocol, which is why some like Le feel that the wealthy are not meeting this moment.

One of the few rules in the world of charity is that foundations must give away this 5 percent. But almost all foundations have taken it as a maxim that they’ll never do a penny more than that 5 percent, the legal minimum. Some do this out of inertia, while others stick to spending only 5 percent a year out of a desire to exist perpetually and to retain their war chests for when some future crisis hits.

For many of these foundations, however, the coronavirus is likely the greatest call-to-arms in a century. So what are they waiting for?

This question has long simmered as an inside-baseball matter in the world of philanthropy. And only about 20 percent of total US giving comes from foundations. But a series of recent announcements from two Silicon Valley philanthropies — and candid admissions from leaders like Gates — has uncorked an old debate, now set against higher stakes than ever.

This week, Jeff Skoll, the first full-time employee at eBay, said he would quadruple the amount of money that his foundation would spend in 2020 by putting another $100 million into his foundation for Covid-19. In addition to the new injection of cash, Skoll said he would dig deeper into its existing endowment to come up with a total of $200 million in foundation giving this year. A Skoll spokesman said Thursday that his total coronavirus-related giving across different vehicles could reach as high as $500 million in 2020.

On the other side sits the Hewlett Foundation, which has taken some flack in the philanthropy community for announcing a few weeks ago that it does not plan to spend more money in 2020 than it originally budgeted, and also that it’ll likely donate less money next year due to a decline in the value of its endowment. Why? Because the Hewlett Foundation is, per its bylaws, meant to exist in perpetuity, so it is reluctant to give too much away and deviate from 5 percent (although it will end up doing so unintentionally in 2020, due to the unanticipated drop in the value of its endowment.)

“We’ve never seen anything like this crisis. Climate change is a pretty big crisis. Do you want to say this is a bigger crisis than that?” Fay Twersky, a top Hewlett official, asked Recode. “We have long-term partners in that field who depend on us to fight that really big crisis.”

Hewlett may be one of the few foundations to go public about its thinking, but it is hardly alone in thinking this way. Twersky said she has been flooded with appreciative emails after they set off this debate. Le, though, has called Hewlett’s decision “truly disappointing.”

“Perpetuity is a paternalistic, narcissistic notion,” Le said. ‘We know what’s best for you. We know in the future there’s going to be problems.’”

Often left unmentioned in many of these debates is the fact that the decade-long tear in the stock market has made these foundations richer than ever. There shouldn’t need to be this trade-off between the present and the future. Philanthropists could do both.

Foundations gave away $82 billion in grants in 2017, the most recent year with full records, which sounds like a lot. But the average foundation’s endowment grew by 15 percent during that same year, for instance, thanks to investing their assets in a bull market, even before any donors, if they’re still alive, put any new money in. Put another way: Their war chest is typically larger each December than it was in January. So while some foundations are indeed seeing short-term flashes of red — Hewlett expects its $10 billion endowment to lose money this year — these foundations are hardly tempting long-term insolvency.

For instance, Silicon Valley’s charitable foundations recently released new tax records for how they spent their money in 2018. And a Recode review of these filings shows that almost all of them spent just about 5 percent of their assets, a “payout rate” that includes some operating expenses, to boot.

So while Google co-founder Sergey Brin has piled $1.4 billion into his family foundation in recent years, only about $58 million actually went out the door in 2018 to back everything from Stanford University to Burning Man. And that’s to say nothing of the other possible loopholes to meeting the 5-percent requirement, such as routing the money to a different charitable vehicle, like a donor-advised fund, as Brin’s co-founder, Larry Page, did to the tune of $200 million in 2018 from his $3 billion foundation.

“There’s a norm and a default to a way of working. There’s a conservatism,” said Phil Buchanan, who along with eight other foundation leaders released an open letter pushing for foundations to at least think about giving away substantially more. “This really is a different moment, requiring questioning of norms that might’ve made a lot more sense in a different context.”

The upshot of all of this is stark. If foundations don’t have access to more money from a living donor like Skoll, and won’t increase their payout rate, they’re left with two options: do nothing substantial on coronavirus, a once-in-a-century pandemic — or try to rejigger their existing commitments, meaning that some nonprofits and causes will miss out on expected money.

Indeed, Buchanan said he has heard from some nonprofits that have been told by their funders that they will not be receiving as much as they expected due to the funder’s need to pivot for Covid-19 relief.

Gates gave voice to this the past weekend when he explained how his foundation is shifting “almost entirely” to the coronavirus. Gates has announced that his organization is spending at least $250 million on it. He hasn’t said whether he’s putting more money into the Foundation to fill that funding hole, like Skoll is, but he has indicated that that other work — his Foundation’s research on non-Covid diseases, such as measles, polio, and AIDS — would directly suffer because of the Foundation’s new priorities as one limited resource at least, staff time, is refocused. That statement angered some, such as HIV activists.

“This emergency has distracted a lot of critical work in many, many areas,” Gates told the Financial Times in a recent interview.

And at the Open Society Foundation, the philanthropy of hedge fund billionaire George Soros, over 200 employees confronted their bosses in an extraordinary display of internal dissent. The employees questioned whether the foundation’s recently-announced $130 million commitment to the coronavirus would leave its existing grantees in a lurch. Leaders claimed they would not, but the rebuke, and ensuing leak this week, shows the deep concern about these trade-offs.

Foundations like Hewlett, whose founder died two decades ago, don’t have access to more money like Skoll does. So their options are more limited. But if today’s living billionaires want to avoid this trade-off, no one is stopping them from sinking more money into their foundations. Their personal net worths, like the stock market, have ballooned over the last decade. They could do it all — fund the immediate response, the economic recovery, their existing commitments — and still have plenty left over.

Study: most wealthy countries aren’t religious. Then there’s the US.
Trump orders more N95 masks. 3M says his tactics could make the shortage worse.
WHO warns against coronavirus “immunity passports” due to reinfection concerns
Rep. Devin Nunes recommended going out despite the coronavirus. Do the opposite.
Democrats have a plan to reopen the government. Now it comes down to Republicans.
A simpler, more useful way to tax carbon