The only Christmas music playlist you will ever need 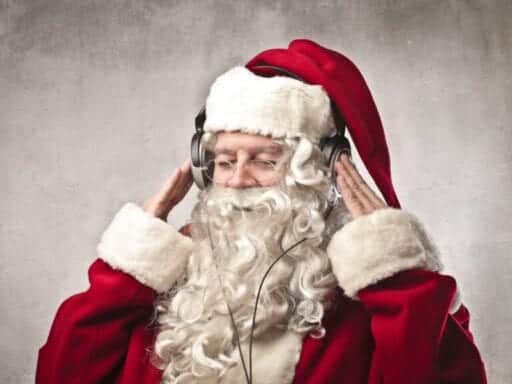 Sick of the typical holiday music? Try this playlist — which has over a week of tunes.

If you’re sick of hearing the same Christmas music over and over and over again — and, let’s face it, you probably are — then let me propose an alternate solution to just white-knuckling it until December 26, or whenever your local grocery store stops playing the holiday hits.

No, no, no, hear me out! Created by the King of Jingaling, a.k.a. Brad Ross-MacLeod, a.k.a. the blogger behind FaLaLaLaLa.com (long the best internet repository for discussion of forgotten Christmas music, and a hub that connects a bunch of other essential Christmas music websites like Ernie, Not Bert and Hip Christmas), this playlist collects the Christmas songs you know, but in versions you’ve maybe never heard before.

There are 3,600 songs on this list. Impressively, it amounts to a full week of music. Wrote the King in a post introducing it:

It leans heavily toward classic music from the 1940s to the 1970s; classic crooners and divas, ‘beautiful music’ orchestras, ‘Now Sound’ vocal groups and combos. But I wanted some more variety so there’s some jazz, classic rock, a smattering of subtle electronica, some international flavor, etc. I wanted a balance of the nostalgic and familiar with a bit of the modern and unexpected. As I’ve listened to it over the past several days I feel like it’s a nice mix and even I’m surprised by a song now and then.

The King of Jingaling has listened to more Christmas music than almost anybody I’m aware of. As he mentions above, his tastes skew toward the second half of the 20th century, but he’s compiled a massive variety of music within the playlist, which is called FaLaLaLaLa GREAT BIG Christmas Variety Shuffle List.

The featured selections include versions of songs you know from artists you’ve never heard of — like a disco-infused “Little Drummer Boy” and a variety of tunes from the Seeburg Library, an easy-listening competitor to the more famous Muzak — as well as some versions of songs you know from artists you have heard of, like the Jackson Five and Perry Como and Harry Connick, Jr.

Let’s face it: The problem with most Christmas music is that even if you like a given Christmas song, there are only two — maybe three — versions that get airplay on the radio and in public spaces, over and over, year after year. The King of Jingaling’s big list combats this problem by pulling in versions you’ve never heard of the songs you love, with a wide variety of artists and musical styles to keep the party going.

So whether you have a holiday party to attend, presents to wrap, or last-minute shopping to do, put on this playlist. It’ll make your day that much more jolly, without driving you to desperately wish for the cold, snowy days of January and their decided lack of Christmas songs.

A doctor on how to make Covid-19 decisions when so much is unknown
How fake news conquered the world
Trump spent weeks downplaying the coronavirus. He’s now pretending that never happened.
I traveled overseas to report on other health systems. Here’s what I learned.
“This is about Trump”: 2020 GOP primary challengers endorse impeachment in their first debate
The whistleblower offers written testimony to House Republicans