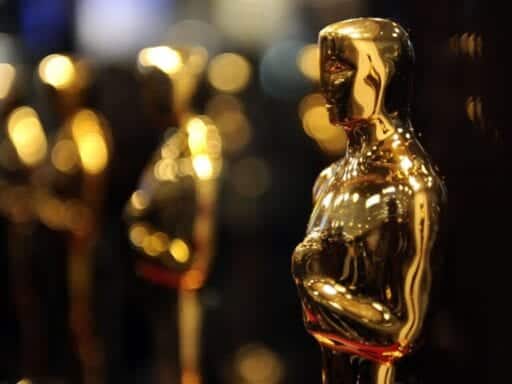 There are many reasons the new category is concerning, but three in particular stand out.

The new Oscar awarding achievements in popular film is a bad idea.

Yes, I’m aware I’m saying that knowing essentially nothing about how the award will be defined and adjudicated; the press release from the Academy of Motion Picture Arts and Sciences announcing the new category states that those details “will be forthcoming.”

But the announcement of a new category for “outstanding achievement in popular film” nonetheless feels like a panicked move by an Academy that’s worried Black Panther won’t be nominated for Best Picture, an echo of when they expanded the Best Picture category to 10 nominees in 2009 in response to The Dark Knight and Wall-E being snubbed in that category. (The number of Best Picture nominees changed again two years later to “five to 10 nominees.”)

To be sure, the announcement of this category is vague enough that it could mean just about anything. Hollywood stunt people have long wanted the awards to add a category for the best stunt coordination, and this could, theoretically, be that — popular films do often feature a lot of stunts, after all. Or “achievement in popular film” could just be a de facto special Oscar given to the year’s box office champ, along the lines of the existing Honorary Awards.

But c’mon. It’s not going to be that. It’s going to be the Oscars nominating a handful of the year’s biggest blockbusters, to make sure that the Black Panthers and the Mission: Impossibles of the world are nominated somewhere other than the sound and visual effects categories.

It’s going to feel like shameless pandering, and it’s just going to make the awards less meaningful. When blockbusters are good, like Black Panther, they should be nominated for Best Picture, not some category created in a panic.

But my concerns about this category extend beyond, “This seems like it wasn’t really thought through.” Here are three of the most significant red flags raised by this vague announcement.

A common misconception about the Oscars is that they never nominate big hits. In truth, the Oscars do nominate big hits, especially if those big hits overlap with some of the Oscars’ favorite genres, like historical dramas (Lincoln) or musicals (Chicago) or epic romances (Titanic).

The more accurate thing to say about the Oscars is that they rarely nominate big popcorn movies, which is true. But even there, it’s hard for the Academy to resist a true box office sensation that garners warm reviews, then takes off and becomes a big-time cultural touchstone. Everything from Jaws to Star Wars to the Lord of the Rings movies to Get Out would fit that description (as would Black Panther), and all of these examples were nominated for Best Picture.

In fact, The Dark Knight — the rare blockbuster with big box office, great reviews, and cultural touchstone status to not get a Best Picture nod — is the exception that proves the rule here. (It’s probably worth noting that Dark Knight is specifically a superhero film, and the Oscars have yet to nominate a superhero movie for Best Picture — which may be the impetus behind this move in some way.)

And the idea of a “best popular film” category meant to honor movies like this specifically could, conceivably, lead to those movies then being in the conversation for other categories as well. After all, the Academy has made clear that movies nominated for the popular film award can also be nominated for Best Picture. If Oscar voters are watching Black Panther for awards consideration, rather than writing it off as “just another superhero movie,” this line of thinking goes, then they’ll realize it belongs in the conversation in other categories.

But we know how this will turn out because we’ve seen it happen literally within the past 20 years.

The creation of the Best Animated Feature category was supposed to have a similar effect: As animated films became more and more popular and better and better made, the category was added to draw attention to the craftsmanship in that arena. Before it was first awarded in 2002, just one animated film had been nominated for Best Picture, Beauty and the Beast, nominated in 1992.

But since then, only two animated films have been nominated — Up in 2010 and Toy Story 3 in 2011 — and since Best Picture went from 10 guaranteed nominees to five to 10 nominees, no animated film has been nominated, even as movies like 2015’s Inside Out and 2017’s Coco have boasted both great reviews and great box office.

The same goes for the Foreign Language and Documentary categories. The former will occasionally see a Best Picture nomination — most recently with Amour’s nomination in 2013 — but no foreign language film has actually won Best Picture. (Ironically, Slumdog Millionaire, which features the most non-English language work of any Best Picture winner, was ineligible for the category, having been produced by an American studio.) And no documentary has ever been nominated for Best Picture.

No matter the intentions behind specialized categories like this, they just end up segregating the films they’re meant to honor, keeping them from the “real” categories. Would Lord of the Rings: The Return of the King have won Best Picture if the popular film category had existed? Maybe — but it would have added another major hurdle.

2) How is the Academy going to determine which movies are “popular”?

Here’s an arbitrary metric the Academy could use: “Popular” movies are the top 30 grossers at the domestic box office for the year. (There are problems with this metric, which I’ll get to, but go with me for the moment.)

So just using box office grosses will be a problem because it will likely lead to a lot of Best Picture nominees tacking on another second-tier nomination. And that’s to say nothing of the fact that when Oscar voting is going on, in early January, the total grosses of many of the preceding year’s holiday films still aren’t known.

The Greatest Showman, for instance, is by any definition a “popular” film, but it would have been excluded from voting for a prospective 2018 award by virtue of how slow its box office ascent was. When Oscar voting was going on, it wasn’t yet the blockbuster it became.

So “popular” will likely end up being defined as “vaguely genre-y,” except the Academy can’t say, “This award is for sci-fi, horror, fantasy, action, superhero, and comedy films,” for fear of further segregating those films from consideration in other categories, when they already struggle to get noticed, to say nothing of the fear of defining movies in those genres as “not good enough to be the Best Picture.”

Intriguingly, when the Oscars launched, the very first ceremony, held in 1929, awarded the “Outstanding Picture” and the “Unique and Artistic Picture.” The former went to Wings — now recognized by the Academy as the “first” Best Picture winner — and the latter went to the masterful Sunrise, which was an artistically ambitious silent romance. Sunrise is a better movie than Wings, but they’re both worth watching, and they show how some sort of split in the “Best Picture” category could work quite well.

The Academy immediately dropped the “Unique and Artistic” category, but it’s not hard to imagine that if it split Best Picture in two again, rather than creating some new “popular film” category, it could find a way to honor both the populist and artistic qualities of the year’s movies in a more elegant fashion.

3) This is happening awfully quickly, and it’s hard to imagine it’s been well thought through

The “popular film” award has received most of the attention when it comes to the various changes the Academy plans to make, but it was only one of those changes.

Indeed, at least one change — the 2020 awards will be held in early February, instead of late February — is, to my mind, unambiguously a good one. Shorten awards season! Please! But both the popular film category and the idea of making sure the Oscars last just three hours (by awarding several technical prizes during commercial breaks) seem like disasters waiting to happen.

How much of this has been thought through? The popular film category will most likely happen at the 2019 Oscars; it’s hard to imagine the Academy announcing this change without intending to implement it as soon as possible. The Academy is therefore going to be rapidly adding an entire new category with an incredibly vague definition and no clear indication of who will vote for the nominees. The idea is already a bad one, but combining it with a rushed process should stand to only make things worse.

All of these proposed changes are symptoms of the same problem: The Oscars’ ratings have gotten softer and softer in recent years, and they’re in danger of ceasing to be the premier awards show. If the awards can be shortened, if they can reward bigger movies, if awards season itself can be shorter — maybe they can be salvaged.

And sure. I could see that happening. This seems like a bad idea to me right now, but lots of things that seemed like bad ideas to me at the time turned out to be okay, particularly in the movie industry, where bad ideas can be salvaged almost as a matter of course. Who wanted a fourth Mad Max movie, after all? Certainly not me!

But the Oscars’ pursuit of ratings at the expense of everything maddening and frustrating and occasionally wonderful about the Oscars is only going to dilute the Oscars. The Oscars are a big, dumb, archaic tradition that dates from a time when the movies were the biggest, and sometimes the only, game in pop culture.

Trying to impose top-down changes, instead of counting on the continued diversification of the organization’s membership creating changes from the bottom up, feels desperate and covered in flop sweat. Let the Oscars be the Oscars — the lively, ridiculous Oscars — instead of trying to make them into some pale shadow of themselves.

14 current Senate Republicans were in Congress during Clinton’s impeachment. Several see Trump’s ver...
She was fatally strangled. The media is making it about her sex life.
How El Camino captures what Breaking Bad did best
Next time someone sends you fake news, share these essential tips
Clean energy is catching up to natural gas much faster than anyone thought
Hosni Mubarak’s death and despotic rule, briefly explained