The pandemic could get Silicon Valley to do something it has rarely done: Give money to local charities 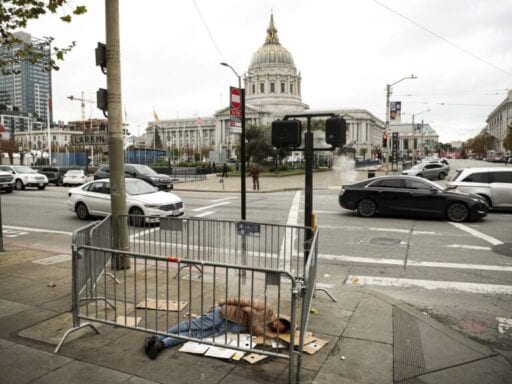 That test was posed in part by Harvey Fineberg, head of the Bay Area’s $6.5 billion Gordon and Betty Moore Foundation, who was on a conference call last week with 150 tech leaders. Some in tech have promised to donate millions for vaccines and research and pandemic models. But if you only fund wonky high-tech solutions, he reminded them, you’ll fail to “protect [your] most vulnerable neighbors during the pandemic.”

According to some participants, his private comments surprised some people on the call, which was organized by former Google CEO Eric Schmidt’s aides. That’s because Silicon Valley has long featured a peculiar paradox: The place that is home to some of the world’s richest people is also home to some of its stingiest donors in their local communities. The wealthy of the tech industry have historically liked to fund international, or even intergalactic, moonshot projects — colonizing outer space, building a clock to last 10,000 years, or convincing kids to drop out of college — rather than the unglitzy, frontline work of soup kitchens, homeless shelters, and food banks in their backyards.

That’s contributed to gaping income inequality in Silicon Valley, with 53 percent of households home to just 2 percent of its wealth. Its homelessness crisis is among the worst in the nation, and four out of every five of its homeless are unsheltered, the highest rate in at least eight years.

The coronavirus crisis is only exacerbating these economic divides — and this reality has suddenly turned long-simmering but often-abstract questions about the obligations of tech’s elite into very real, and very urgent, decisions.

Should today’s billionaires donate their money to the work that in theory would do the greatest good for the greatest number of people — or do they have a special responsibility to their local communities? And is it okay for these billionaires to think long-term and fund vaccine development, basic science research, and pandemic modeling — or should that intellectual strategizing be scrapped as soon as their neighbor has an immediate need for a paycheck, a meal, or medical care?

Over the last four years, a group of advisers to major tech donors has tried to shift Silicon Valley’s philanthropic focus closer to home. It began with a groundbreaking report that found that less than 10 percent of Silicon Valley’s donations went to supporting local nonprofits. A new organization has challenged the region’s 1 percenters to spend $100 million on local nonprofits over the next three years. And in the most significant step, the Silicon Valley Community Foundation — the philanthropic giant that had emerged in its critics eyes’ as the poster child for wayward, locally callous donors — changed its CEO to one who pledged to “put the community back into the community foundation.”

The coronavirus pandemic will be a major test of whether this new wave of thinking has broken through.

That’s because in addition to being home to the nation’s billionaires, the Bay Area is also home to one of the country’s most pronounced virus outbreaks, with more 1,000 confirmed coronavirus cases as of March 25.

“This is our community and we have an incredible responsibility to help vulnerable neighbors that are being pushed over the cliff. We need to give more right now for immediate needs,” said Alexa Cortes Culwell, one of the authors of that critical report, called The Giving Code. “We are also at risk of losing our entire social safety net if we don’t stabilize our community-based nonprofits.”

Two major Silicon Valley donor groups, the Silicon Valley Community Foundation and Tipping Point, are trying to raise around $50 million to help people in the Bay Area cope with the coronavirus, a relatively modest goal given the severity of the crisis. (Unemployment claims in California have spiked by one-third due to the virus.) Whether they succeed in convincing the millionaires and billionaires of tech to give will tell us how much times have truly changed in Silicon Valley.

Tipping Point, San Francisco’s marquee donor group that tries to channel tech money into tackling real-world concerns like local homelessness, is trying to raise more than $18 million for its new emergency response fund. As of March 25, it had raised about $3 million.

Tipping Point’s new leader, Sam Cobbs, said he expects to confront two challenges: That the rich aren’t as rich as they were even just a few weeks ago, which could pinch charitable giving, and that the fallout from the coronavirus doesn’t have the visual carnage that spurred Tipping Point donors to give $34 million to address the fires in wine country in 2017.

In particular, the crisis has created a proving moment for the Silicon Valley Community Foundation, which has been mired in controversy in recent years in part because so little of the money it spent on charity actually stayed in the Bay Area. Its new CEO, Nicole Taylor, has promised to change that — and has set up an emergency Coronavirus Regional Response Fund and two others to support those who are most severely affected by the pandemic. As of Wednesday, the funds have raised over $2 million toward a $30 million goal, with “several” more million in commitments.

“It’s a testament to the hard work that me and my team have been doing for the last year on focusing locally,” Taylor said. “I feel it’s a validation that we’re on the right path.”

The coronavirus is also a put-up-or-shut-up moment for these DAFs. These vehicles — and their measly payout rates to nonprofits — have become increasingly hard to justify amid historic economic inequality. But a common defense of DAFs has been that they are a strategic way to stockpile money today for the inevitable rainy day to come. That rainy day has now arrived — and massive transparent gifts to help those impacted by the pandemic and its economic consequences would certainly be a powerful response to DAF critics.

Taylor agreed, mentioning that one donor told her team that he was giving $50,000 for medical equipment out of his DAF account — something that the donor, who is now retired, said he wouldn’t be able to do if he didn’t have money saved away.

To the philanthropically-inclined whose giving hasn’t matched your intent, now is the time. Almost every nonprofit is being asked to do more with less. That money sitting in your donor advised fund doesn’t help people; the nonprofits doing the work help people.

There are early signs that Silicon Valley is, indeed, deploying its wealth locally.

Paul Graham, the billionaire founder of Y Combinator, gave $1 million last week to fund some protective gear needed by San Francisco hospital workers, according to Flexport, the company that facilitated the gift. Facebook’s Sheryl Sandberg and other tech executives have sent $7 million to a local food bank.

Other efforts have been fueled more by Silicon Valley ingenuity than by big money. Venture capitalist Ryan Sarver and two others have organized over $300,000 to buy 15,000 meals for hospital workers on the front lines of the crisis in San Francisco, a novel attempt to support restaurant and medical workers simultaneously.

“For us it was about seeing two local communities that were really in need, and by bringing them together and leveraging giving individuals to fund it, we could solve a very immediate problem and have a direct impact,” Sarver said.

And yet there is certainly an argument to be made that all this local giving has flaws if it isn’t part of a broader, national strategy. Tech billionaires may very well be right that the most effective way to save the most lives with each dollar is to develop global solutions to a pandemic.

For instance, Facebook co-founder Dustin Moskovitz, the patron saint of the effective altruism movement that preaches this data-driven philosophy, has for years been among the few megaphilanthropists to fund research on pandemics, including a grant just this month to forecast how the coronavirus might spread. The call hosted by Schmidt’s aides last week focused on what technologies could lead to a breakthrough. Who is to say that Eric Schmidt should be more concerned with a coronavirus case in Palo Alto than one in Pittsburgh — or Paris, for that matter?

The sweet spot may be work that protects billionaires’ local communities but is still focused on tackling the disease, rather than merely coping with its consequences like hunger. Bill Gates and Mark Zuckerberg, for instance, have funneled millions into expanding the testing capabilities in Seattle and the Bay Area, respectively, rather than funding national responses to economic dislocation or even national testing programs. These cities are, in a sense, lucky that they happen to be home to billionaires and their foundations. Other cities hit hard by the coronavirus — but without the equivalent megacharities — are the unlucky ones.

But truth be told, several philanthropists said this should not be an either-or. The net worths of Silicon Valley’s ultra-rich have grown and grown over the last few years, so much so that billionaires cannot literally give money away fast enough. DAF accounts have tripled in size over the last decade. The very richest can fund organizations in their hometowns, national research initiatives, and then some.

Taylor and Cobbs have been on the phone with donors all week trying to get them to support community nonprofits. And from those calls, they both said they were cautiously optimistic that the rich would not make this a choice between two worthy missions.

“They’re toggling between the big response that we need — as well as what’s also happening locally with the kids who aren’t going to school,” Cobbs said. “It is primal for people to take care of your home in times of crisis.”