The pandemic has made small talk even more painful 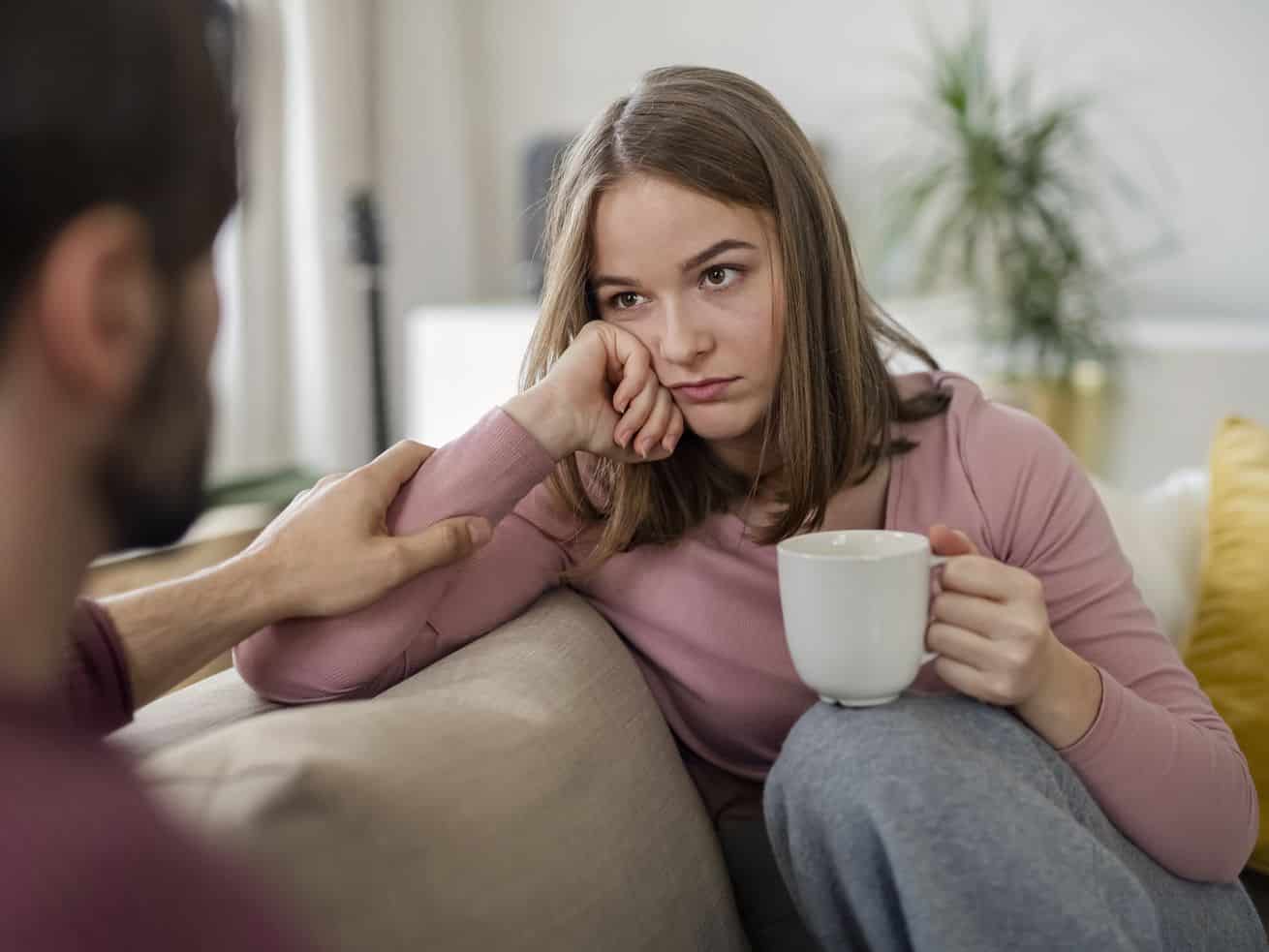 The social amnesia of forgetting how to read people’s faces and gauge conversations is very, very real.

My editor told me that she could not stop talking about Hacks. In my mind, this wasn’t a problem. Hacks — the Jean Smart-led comedy about an aging, stubborn comedienne on HBO Max — is a brilliant show that deserves to be talked about, over and over again. There’s nothing wrong with talking about the ferocity of Smart.

It dawned on me that my editor wasn’t just espousing the goodness of Hacks, but rather, it was the only topic of conversation she felt comfortable talking about. Her in-person social skills, dulled and stifled during the pandemic, had turned her into the person you find at parties who will tell you said television show is “so good” and stare at you blankly.

But she isn’t alone.

Lockdowns and work-from-home protocols have completely overhauled the way we interact. It’s not just the face-to-face meetings that the pandemic eliminated, but the behaviors that go along with it. In every single face-to-face conversation, we’re unconsciously calibrating and gauging our behaviors to make other people and ourselves feel at ease. And we’ve spent an entire year and a half not practicing those skills.

Think about it: Small talk was already, for many of us, dreadful. And now we’re all so bad at it.

And it’s not just small talk but all our social interactions.

I spoke to Tara Well, a psychology professor at Barnard College who specializes in perception and cognition. Well is in the midst of writing a book about our reflections, and is an expert on how we mirror each other in conversations. If there’s someone to talk about the effects of spending a year talking to each other over Zoom or FaceTime, how that’s changed our real-life interactions, and whether only talking about Hacks with strangers is normal, it’s Well.

So I can definitely relate to the whole TV thing. I didn’t even have a TV before the pandemic! I totally relate to it.

But there’s a thing called social mimicry, which is what we do when we’re face to face with people. As we’re talking, we tend to mirror their gestures, we modulate our voices in synchrony. And we mirror and reflect our facial expressions.

I think I’ve heard this. That if someone likes you, they begin to mimic your expressions and mannerisms.

Yes. We rely on face-to-face feedback for ways in which to regulate our emotions to gauge how we’re feeling, and to get feedback from other people to let us know we’re okay.

We also do this to modulate our own emotions.

I think that it’s definitely related to us being a social species, and needing bonds and to be in groups. For instance, babies, when they first come out of the womb, will orient toward the face of the mother — they prefer to look at a human face than anything else. There’s even a recent study that showed that looking at your own face and recognizing other people’s faces can create a dopamine hit.

So it’s a positive thing when we look at each other!

So we modulate and mimic to make the people we’re interacting with and ourselves feel at ease. Does this happen with conversations, too? Like maybe my editor who can only talk about Hacks is doing so because it’s a “safe” topic?

I think the short answer to that question is yes, I think so!

But back to the question about conversation subjects, I think one of the things that happened during the pandemic is that we needed to modulate and adjust our level of intimacy with face-to-face and being either seen way more than we were used to, or way less than we’re used to.

“How do you modulate between staying in reality and not denying everything that’s happened?”

Conversations went that way, too.

I think many of our conversations were either talking about personal trauma and life-changing events that were super, super heavy or wanting to divert ourselves into talking about TV shows and whatnot. How do you modulate between staying in reality and not denying everything that’s happened? And also keep your sense of humor and be able to introduce new, interesting things to your conversations.

And during the lockdowns, we didn’t have the general social gossip that you have when you’re just hanging out with people. You get out a lot of information, social information, about other people in those kind of settings. That was harder to do this year.

You could interact with people on social media or by text, but it wasn’t this kind of casual, water-cooler hanging out, or just hanging out at a party and someone happened to tell you something. There was less time just bumping into people.

I feel like I’m relearning social cues in spaces, too. The other day I caught myself being weird and staring at someone, who caught me staring, at the gym! I never did that before! Is that normal?

I mean, I think it is. And I think it’s a baseline for us, too. We all have different levels of visual curiosity and a sense of wanting to look around.

If you’re out in public, one of the things that I’ve noticed and that people are writing about is pandemic-induced agoraphobia. It’s a fear of crowds, and now there’s fear of going outside; now that you can go out, you’re afraid. And one of the aspects of that is having less control over the environment.

So maybe I’m just stimulated? Or curious? Or just being weird?

Humans are very threat-sensitive. Being visually curious is a natural reaction.

We have all been through a period of time in a heightened state of anxiety. So we’re in social situations now where our visual field has changed. So we’re like, “Wow.” It can be scary and curious, at the same time.

Especially if you’re living in New York City and if you haven’t been in any of those kinds of really noisy, chaotic ambient environments yet, that can create anxiety, because your threshold is now lower than it was. That’s so much stimuli imploding on you, you know, so that might take a while for people to get used to again.

I want to zoom us out a little bit.

So we do all these things to shape our bonds and prove we’re not threats and reassure each other that we’re all okay. We’re constantly modulating. Then boom, the pandemic kind of takes that away from us. What happened when we all shifted online? What happened to all those behaviors?

One of the main things that happened was the lack of friendly touch — hugs, handshakes, and even getting your hair done, your nails done. That has a tremendous impact on our anxiety levels, our ability to feel like ourselves, and, again, our emotions and a sense of bonding. We really need that physical touch.

The research also shows that people tended to focus more narrowly on rekindling those bonds with people they really knew well, so that their breadth of different people [they were in contact with] got narrower, but the bonds got deeper for the people that they really were close to.

My research is basically on mirrors and reflections and how we look to each other for resonance. And so one of the things is how Zoom is different even though it’s technically face-to-face. But Zoom is taking face-to-face contact out of context. It’s showing our faces up really close, but it’s not letting us see the whole person, and we get a lot from people’s nonverbals as well.

So we’re seeing these really, really, really close-up faces, and that kind of freaked a lot of people out. That partly explains Zoom fatigue.

Yes! Then also there’s a slight time lag, you know, in the real-time feed, that’s a couple seconds. And research shows that within that couple of seconds, if someone pauses for a minute, we’re likely to attribute something negative.

Oh, my god, this is so true. If someone hesitates around me, I would rather a two-ton safe drop on me.

Yes, if you’re already anxious and then you’re on a call with someone, that hesitation can heighten it.

So in other words, you know, you can use that technology for social interaction, but you’re really reaching. You really have to put in a lot of effort in bonding with people over Zoom that you just don’t have to when you meet someone for coffee. The latter is much more satisfying in terms of social bonding than, you know, being on a Zoom call with a zillion people or one person and having kids in the background and everything else.

Now that things are opening up again, is it surprising to you that people (especially me) feel socially awkward?

Not at all! Like I said, at the beginning, humans have a natural kind of evolutionary pull towards bonding and being in groups. We need physical contact, and we need visual contact for coordination.

People, especially those who were living alone, haven’t been around other people. It’s about getting that coordination back in terms of being face to face with others.

Like, it’s normal for it to be a little rough at first, right?

Yes. The key is to take the small steps and to keep going out in public. I hope it’s not the case, but I imagine it probably is, that people who suffer from severe social anxiety or anxieties are going to have a harder time adjusting after the pandemic.

But I think everybody needs to take it in steps and keep getting out there and interacting with people, even if it feels a little uncomfortable. So it might just be stepping out of your comfort zone. That changes, too. What was comfortable to you before the pandemic could now be out of your current comfort zone — that’s how it is, and you know, that’s fine.