The pandemic should permanently change how we tip 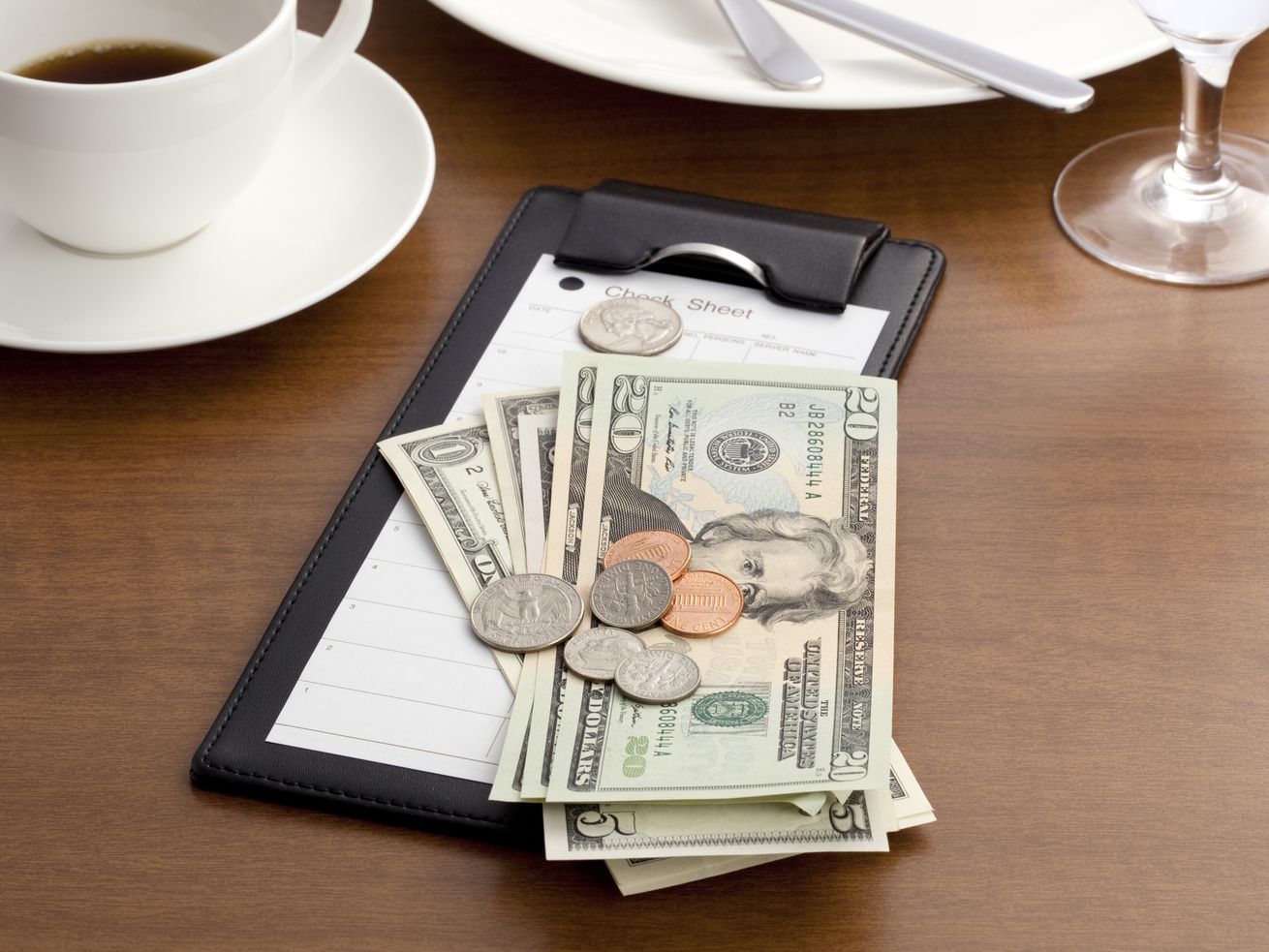 During Covid-19, customers were encouraged to be generous with their tips. That shouldn’t change as the US reopens.

Last spring, when most of the country was under lockdown, essential workers were celebrated as American heroes. They were applauded for risking their lives to take care of others and to keep the economy running. This attention was eagerly extended to those in food service jobs that are traditionally overlooked and underappreciated. Under quarantine, the thinking went, people could no longer take for granted the fast food workers, kitchen staff, and delivery drivers who help transport food and other necessities to their doorsteps. Customers were encouraged to generously tip these workers — at minimum 20 percent, and even more if they were able.

That generosity didn’t exactly bear out: Last December, a survey of 1,600 tipped workers from UC Berkeley and the nonprofit One Fair Wage showed that more than 80 percent of workers reported that their tips actually declined during the pandemic, and 78 percent witnessed or experienced “hostile behavior” from customers when asking them to comply with Covid-19 protocols. More than half said they felt reluctant to enforce safety rules out of fear of losing tips. According to Michael Lynn, a Cornell University professor and researcher on the psychology of tipping, tipping rates didn’t always hold steady in the past year. Seasonal fluctuations also affect how people tip, as does location, and these factors were compounded by the virus’s effect on the food service industry.

Now that many states are on track to fully reopen and indoor capacity limits have eased, more people are comfortable dining out at restaurants and bars. This has prompted some to ask: What should tipping standards look like now?

The backdrop of this conversation shouldn’t be limited to just etiquette, or what’s typically expected from customers. It should be centered on what millions of service workers across the country deserve, in light of how the pandemic has exacerbated existing social inequities. Restaurant owners, workers, and industry advocates have clamored for a government bailout since last spring, but federal aid was only approved in March. In the meantime, the responsibility primarily fell on American consumers to keep local restaurants afloat.

As many as one in three independent restaurants will close permanently as a result of the pandemic, while the businesses that managed to stay open have had to operate with significantly lower margins. Millions of people became unemployed or struggled with job insecurity, leaving many households without a steady paycheck and health insurance. For the food workers and delivery drivers who did manage to hold on to their jobs, many didn’t receive hazard pay for their labor.

Now that mask mandates have eased in parts of the country (to the concern of some epidemiologists), things have begun to feel more “normal,” at least for customers. One etiquette expert in the Wall Street Journal recently advised customers to tip at least 15 percent, with 18 to 20 percent on average and more for “exceptional service.” A bartender told Grub Street that 20 percent should be “the absolute baseline,” but encouraged patrons to tip 25 percent.

“I have no data, but I presume people who are used to tipping for carryout may continue to do so,” Lynn told Vox. “It’s likely that tips went up during Covid because people recognized there was a greater need, and felt that workers deserve extra by facing some risk interacting with the public.” If customers aren’t able to quantify that risk, then they might start tipping less, he said.

As a patron, it might seem natural to base tips off of a subjective experience at an establishment. But the nature of the tipping system elevates customers’ subjectivity at the cost of service workers, and has done so since the practice began in feudal Europe. “Tipping further entrenched a unique and often racialized class structure in service jobs,” according to one Politico article on tipping’s racist history, “in which workers must please both customer and employer to earn anything at all.”

The US is an outlier when it comes to how crucial tipping is in determining service workers’ wages. The federal tipped minimum wage is $2.13, although the amount can vary by state. Restaurants are still legally required to pay tipped workers the federal minimum wage (which has been stuck at $7.25 since 2009), but they do so via a “tip credit.” That means employers only have to make up that amount if their workers don’t get enough tips to make the minimum wage. This isn’t always the case in all states and localities that have raised wages, but 26 states and Washington, DC, still have a tipped minimum between the federal $2.13 and the regular state minimum wage.

As the US prepares for a full reopening, it appears that people are hesitant to return to service jobs that offer low pay. Eateries across the country are reportedly struggling amid staffing shortages. The US hasn’t fully recovered the millions of jobs lost from the pandemic, most of which are minimum wage. Plus, the UC Berkeley survey sheds some light on why some workers aren’t eager to work in food service again, including the frequency of customer harassment and disrespect, lack of proper protective equipment, and low pay.

This has led major restaurant chains like McDonald’s and Chipotle to raise their minimum wages at corporate-owned stores to attract workers. Still, the vast majority of restaurants across the country rely on tipping, in spite of its loaded history. Granted, it’s not exactly the customer’s fault that the practice is so prevalent in America. So what can patrons do?

Customers, if they are so inclined, can keep tipping that 20 percent minimum standard. The amount could vary by city or establishment, depending on whether the majority of a worker’s wage is reliant on tips. For gig workers employed by delivery startups like Seamless, Grubhub, and DoorDash, for example, tips are a crucial part of their total earnings. And in addition to being mindful about the economic impact of gratuity, Americans have a role to play at the ballot box at the state and federal levels. The Senate in February rejected the Raise the Wage Act, which would establish a $15 federal minimum wage, in the Covid-19 relief package.

It also might require people to reevaluate their idea of service work, before it can be reflected in their tips. In a recent newsletter on hospitality, food writer Alicia Kennedy observed that most customers, even after a year of not being serviced, appear to still not “value the exchange in going out to eat and drink” unless it’s on their terms. “As more people in rich countries are vaccinated and are returning to bars and restaurants, I’ve seen the word ‘overpriced’ emerge in a very specific use. Something like, ‘I can’t wait to have an overpriced cocktail,’” Kennedy wrote. “I don’t know how these people tip, and I don’t know what kind of places they go to, and I don’t know why precisely they are going somewhere where they don’t find the cocktail quality on par with the asking cost.”

In a post-pandemic world, it might be worth considering why we tip. Should it represent our satisfaction as customers, or our desire for the person who’s doing the servicing to be fairly paid? And is that a responsibility that ultimately should fall on the consumer at all? Even if the answer is no, it’s still a choice we all have to make.

Steroids are a powerful Covid-19 treatment. We need to learn to use them better.
What David Brooks gets wrong about Bernie Sanders
How to have a true hobby, not a side hustle
Trump isn’t allowed at NATO’s cool kids’ table in SNL’s cold open
Vox Sentences: 16 shots in 14 seconds
Meghan Markle’s fashion line shows how she’s redefining her role as a royal