The pipe bomb suspect made vitriolic, threatening posts against Democrats on social media 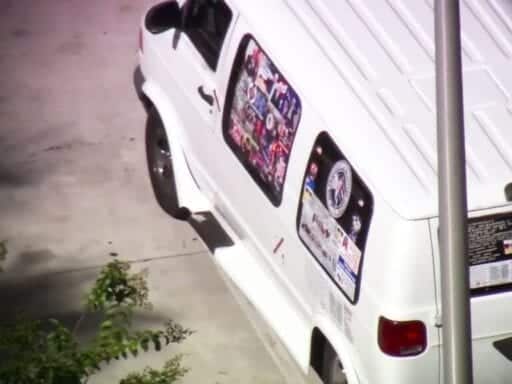 Update: Pipe bomb suspect Cesar Sayoc’s apparent Twitter accounts were banned after he was arrested, so the tweets in this article can no longer load.

On Friday, police arrested Cesar Sayoc, 56, of Florida in connection to the pipe bombs sent to prominent Democrats around the country.

Social media accounts apparently belonging to Sayoc seemed to have tweeted threatening words and images at some of those Democrats — including former Vice President Joe Biden and former Attorney General Eric Holder — in the past.

We can’t confirm with 100 percent certainty that Sayoc is connected to the accounts. But they have a history going back well before his name was publicly released, and several of the social media posts contain images that are also on the van that police took into custody in connection to the pipe bomb mailings.

One tweet directed at Biden and Holder stated, “We will meet your threats right to your face soon.”

Another to Biden said, “Hug your loved son,Niece,wife family real close everytime U walk out your home” — with an aerial view of Biden’s home with a target superimposed on it. The same day, the account tweeted several menacing images at Biden, including one of a sheep being beheaded and another of severed legs.

“See U soon tick tock 4,” said one tweet to Holder.

“Kerry shut criminal mouth before you vanish with all BS crap,” read a tweet in response to a story about former Secretary of State John Kerry.

His accounts have been banned following his arrest.

The social media posts make it very clear that Sayoc, if these are his social media accounts, is a big supporter of President Donald Trump, even attending rallies for the president. And he is a huge critic of Democratic politicians and supporters — including several who were targeted by the pipe bomb mailings.

Here are seven things we can pull from the social media posts.

1) Sayoc made vitriolic and threatening posts about Democrats

Sayoc dedicated a lot of posts to criticizing and threatening Democrats, including several of the people — such as the Obamas, the Clintons, Holder, Sen. Cory Booker (D-NJ), and Rep. Maxine Waters (D-CA) — who were mailed pipe bombs.

Go Trump Trump Trump hey Joseph Robinette Biden Jr. And Eric Himpton Holder Sr. Stick your BS all crap you talk where sun doesn’t shine . We will meet your threats right to your face soon.Not option we will see you soon .Hug loved ones real close we aren’t ones. pic.twitter.com/eidRsSgJRv

Sayoc often posted criticisms and conspiracy theories aimed at George Soros, a billionaire who regularly backs liberal policies and candidates for office. Soros is a common target of the right, even though many of the claims about him are exaggerated or outright false.

3) Sayoc is a big supporter of President Donald Trump

Based on several of the postings, Sayoc is a longtime supporter of Trump — attending Trump rallies, wishing Trump a happy birthday, and criticizing media organizations that Trump also criticized.

4) He is also a big supporter of Florida Republicans

Sayoc went after Republicans who criticized Trump, particularly Sen. John McCain (R-AZ) and those who worked on immigration reform.

From chemtrails to lithium to suggesting the Parkland, Florida, shooting was a hoax, Sayoc is a big supporter of totally unfounded conspiracy theories.

Go Trump We Unconquered Seminole Tribe stand with u on our land not theirs.Close boarder period these democrat liberal left slime party over over over over pic.twitter.com/ba5zFa7fnV

Go Tiger Greatness Class Act you are no one does it better.Fromall us here Unconquered Seminole Hard Rock Worldwide .Tiger Tiger Tiger pic.twitter.com/DcPFtrrB9O

Why “Zendaya Is Meechee” became the feel-good pop meme of the moment
Amazon says it unintentionally hid some competitors’ faster delivery options
The economy is slowing down. That’s bad for Trump.
Did Amazon lie to Congress? Top antitrust lawmakers want to know.
George Bush is only for now
The debate over reopening America’s K-12 schools, explained