The problem of global energy inequity, explained by American refrigerators 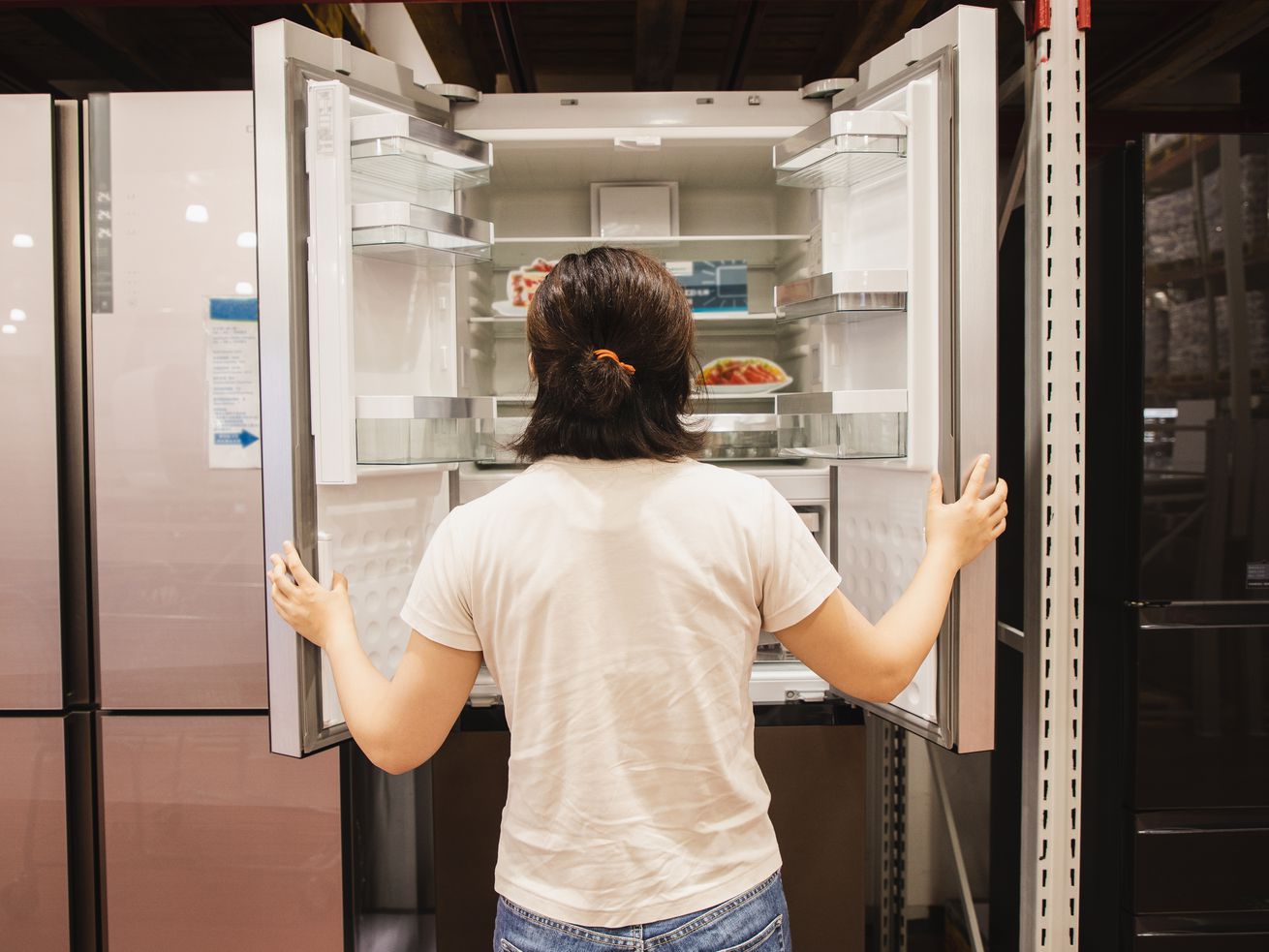 The average fridge in the US consumes more electricity in a year than an average person in dozens of countries.

My refrigerator — that appliance humming in the background that I rarely think about — consumes about 450 kilowatt-hours of energy (kWh) every year. A highly efficient air conditioner uses 483 kWh per year, and even more if the system is older or less efficient.

Chances are, though, kilowatt-hours don’t mean a lot to you. To help put it into perspective, consider this chart:

Let’s spell this out. In any given year, the average refrigerator or air conditioner in the US consumes much more energy than an average person in dozens of countries around the world consumes for all purposes over an entire year.

The issue isn’t that Americans should be going without air conditioners, let alone refrigerators. It’s that the world needs to prioritize how to get much higher levels of energy to the poorest countries in the world. Energy access is a foundational component of development, yet many people across Africa and Asia don’t have the energy they need to thrive — and even survive — in a warming world.

South Asia, for instance, has been experiencing a record heat wave for the last three weeks, with heat consistently over 110° Fahrenheit and “wet-bulb” temperatures — which account for humidity as well as heat — reaching potentially fatal levels. About half of the workforce in India and Pakistan is employed in agriculture, which means working hours outside in the blistering heat; less than 10 percent of Indians — compared to 91 percent of Americans — own air conditioners. To Americans, living in 110°F heat without air conditioning is almost unthinkable, but for billions of people around the world, cooling is an unaffordable luxury due to poverty and the lack of access to reliable electricity.

The energy gap shown in the chart above is one of the starkest examples of global economic inequality. Energy poverty is a major cause of health issues because of indoor air pollution from burning coal or biomass instead of electricity or gas for stoves — there are an estimated 3.8 million premature deaths each year due to indoor air pollution — and an impediment to economic growth.

Even in areas where there isn’t risk of illness and death from heat, someone without reliable energy access won’t have regular lighting to study at night, won’t have a smartphone to gain access to new farming techniques and markets, won’t be able to prevent food spoilage at home. Things that most Americans take for granted — smartphone access, hot showers, and, yes, refrigerators — are erratic or nonexistent in much of the world. Americans experienced on average eight hours of electricity disruption over the course of 2020 — and this represented the most amount of lost power since at least 2013. By contrast, in most Indian states, power outages are surging due to the heat wave, and in the Democratic Republic of the Congo (DRC), only about 10 percent of people have access to electricity at all.

Lack of reliable energy pervades all areas of life and makes people reliant on suboptimal sources of power, which affects people and businesses even more as energy prices spike. “Being a DRC national, I’ve witnessed all my life that whenever fuel prices increase, the prices of everything else increase too,” said Rachel Boketa, the country director for the DRC office of the nonprofit Women for Women International. “Leading an office in an area which has so many electricity-related problems, we rely on generators and we use fuel for that. Now it’s affecting our budget because we have to cover all these unplanned increases in price.”

I spoke with Todd Moss, who heads the Energy for Growth Hub, an initiative to connect energy research to policy. He created the original “fridge graph,” so I asked about the rationale behind making it. “We know that inequality is really bad in the world, but this is a stark visual of how unequal energy consumption is. … [Americans] consume 100 times as much electricity as hundreds of millions of people.”

There are of course climate and carbon trade-offs involved in expanding energy access, and the most recent UN climate conference featured a push to restrict fossil fuel development in the global South. But Western nations have been rightly accused of hypocrisy for trying to hold poor countries to standards they don’t hold themselves, particularly given that, as the chart shows, one fridge or one air conditioner takes more energy than the average DRC citizen uses in a year.

When the war in Ukraine and the resulting economic response raised the possibility Germany would be cut off from Russian natural gas, Moss said, Berlin’s priorities completely changed. Suddenly ultra-green Germany was discussing extending coal plant usage. “Taking [energy] away is very powerful,” he said. With the war in Ukraine, “African leaders are going to say, ‘Energy security is obviously a top priority for Europe, that’s why they’re responding this way. Well, energy security is just as urgent for us. We don’t have it, we need it. Just because you already have it doesn’t mean you’re more entitled to it than we are.’ It’s a different conception of what energy security means, which is being able to count on having it when you need it.”

In a recent op-ed in the Economist, Nigerian Vice President Yemi Osinbajo underscored the importance of energy access for jobs and growth, and wrote that while Nigeria is moving toward renewables such as wind and solar energy, policy around energy needs to be as flexible as it was for rich nations. “The renewables-only mantra is also driven by unjustified fears of the continent’s future emissions,” Osinbajo wrote. “Yet under no plausible scenario is Africa a threat to global climate targets.”

As renewables grow more widespread and affordable, it’s becoming increasingly possible to balance growth with sustainability. For cooling in India, Oxford University sustainable development expert Radhika Khosla told me, passive cooling methods, such as shading, natural ventilation, green roofs or reflective white roofs, and changing working schedules and hydration practices when possible will continue to be vital for people who can’t afford air conditioners or work most of the day outdoors. Making efficient air conditioners more affordable and widely used — few in India use the most efficient models due to cost — will require technological advances, policy and market mechanisms, and education about long-term cost savings of efficient air conditioners.

Energy needs and policies will vary by country. The Democratic Republic of Congo, in which about half the population lacks access to electricity, is very different from India, which has high electrification but faces deadly heat waves that make cooling essential and extend service interruptions. These massive energy inequalities, as well as human suffering from lack of energy, are important to appreciate before high-income countries make wholesale policy decisions for the rest of the world.

A version of this story was initially published in the Future Perfect newsletter. Sign up here to subscribe!