The problem with primarying Trump 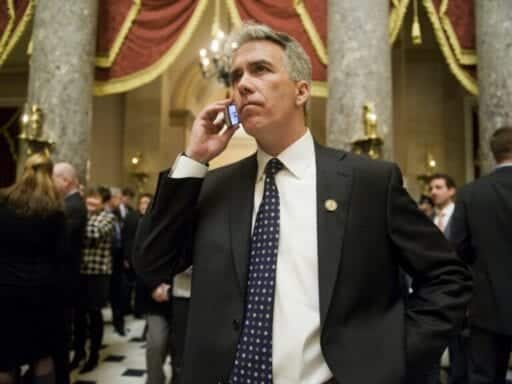 Why no Republican can beat Donald Trump in the primary.

In April, former Massachusetts Gov. Bill Weld (R) announced his intention to run for the White House and primary President Trump. On Sunday, former Republican legislator (and conspiracy theorist) Joe Walsh announced his plans to do the same, telling George Stephanopoulos, “I’m running because [Trump is] unfit; somebody needs to step up and there needs to be an alternative.” Former South Carolina lawmaker Mark Sanford is widely expected to enter the race as well.

When we spoke a few weeks ago, Weld said that while he was a “normal” Republican, Trump was a “RINO” — a Republican in name only, a term that at one time was a devastating rejoinder in conservatives circles. Walsh, once an enthusiastic Trump supporter, has since renounced Trump, saying that while “I helped create Trump, there’s no doubt about that,” Trump “represents the absolute worst of us” and must be defeated before he does more damage to the American psyche. And Sanford has decried the Trumpian “cult of personality,” saying that conservative thinkers have long warned against personality-driven politics.

The problem the two men (and perhaps three, if Sanford jumps in) will face is that Trump is incredibly popular within the Republican Party, no matter his lack of “conservative” bona fides or “normalcy.” In fact, perhaps because of it. The Republican Party these men are dreaming of — of deficit hawks and “normal” conservatism — no longer exists.

As detailed by the Washington Examiner, former Illinois Republican legislator Joe Walsh has had a series of political conversions over the past couple of decades:

Walsh, 57, a former one-term Illinois congressman elected as a Republican in the Tea Party wave of 2010, underwent a political evolution over the years, from failed pro-choice congressional and statehouse runs in the 1990s to running as a pro-lifer with no exceptions when losing his seat in 2012. Now, he has completed the journey from exclaiming he would be “grabbing my musket” if Hillary Clinton defeated Donald Trump in 2016 to challenging the president in 2020.

And it wasn’t actually all that long ago that Walsh was saying things that now seem markedly Trumpian — and far worse. As others have noted, the period of Walsh’s political life during which he contemplated extraconstitutional violence if Hillary Clinton won the presidency corresponded with the time when Walsh engaged in rank racism and bigotry, particularly on Twitter. As recently as February 2018 — which was, for the record, just 18 months ago — Walsh was promoting conspiracy theories about Barack Obama’s religious persuasion, saying repeatedly and without evidence that Obama was a Muslim.

After the horrific events of the Unite the Right rally in August 2017, Walsh hosted white nationalist and failed politician Paul Nehlen on his radio show and voiced support for Nehlen’s efforts to primary Paul Ryan.

Here’s a pic of @WalshFreedom with Paul Nehlen. Walsh supported Nehlen’s primary campaign again Paul Ryan and had him as a guest on his show shortly after Charlottesville. You can listen at the link.https://t.co/WZSX8LT42h pic.twitter.com/7sceisEAwC

In fact, before his sudden and, some would say, cynical disavowal of Trump and Trumpism, Walsh was tweeting very much like the president and some of his supporters, describing Stevie Wonder as “ungrateful” for the wonders of American life after the singer took a symbolic knee at a concert in early 2017 and even complaining about the lack of a Congressional White Caucus.

I object to protests over something that doesn’t exist, police killing black men. They should protest what does. Blacks killing blacks. https://t.co/qXtidnfWcU

But that’s all changed now, says Walsh, who has said he turned away from Trump after the debacle that was Trump’s meeting with Vladimir Putin in Helsinki — in which Trump sided with Putin over American intelligence regarding interference in the 2016 election — and told Stephanopoulos, “The beauty of what President Trump has done is he’s made me reflect on some of the things I’ve said in the past. I had strong policy disagreements with Barack Obama, and too often I’ve let those policy disagreements get personal.” Walsh appears to be running as a true believer of Trumpism turned chastened opponent, a prodigal son of sorts and definitely not a “real racist.”

1. Are you saying you just pretended to be a racist to whip up support from racist voters?

2. Is this common practice among Republicans?

3. Do you think this is what Trump is doing?

4. What does that say about your/Trump’s view of the GOP electorate? https://t.co/YE2F672sGc

But Walsh’s appeal to Republican voters, as I wrote this past weekend, is difficult to parse out:

It’s not exactly clear which Republican constituency would find Walsh appealing: Republican voters turned off by Trump’s own conspiracy theorizing and racism are unlikely to support another Republican prone to the same, his current disavowals of such behavior notwithstanding, and Republican voters who don’t find Trump’s invective unappealing will simply vote for him again.

Bill Weld — who served as the Republican governor of Massachusetts from 1991 to 1997 and was one of Mitt Romney’s biggest boosters in the 2008 GOP primary (even chairing his election committee in New York) before ultimately voting for Obama in the general election — firmly believes that what Republicans (and some Democrats) want is a return to normalcy, and normal Republicans who care about the deficit and espouse economic views more akin to Paul Ryan than Donald Trump.

“I’m a supply-sider on economics,” he told me when we spoke a few weeks ago. “I believe in dynamic scoring of tax cuts. I thought the 2017 tax cut was pretty good. Maybe it made the rich a little bit too rich and didn’t do enough for the bottom 25 percent, the bottom quartile, but it had some things in it I’ve been contending for for years.”

During our conversation, I asked Weld what his affirmative appeal to Republicans would be, and he said he’d tell them, “I’m a real Republican. I believe in balancing the budget and then some.” He added later, “I consider myself a person of some compassion, but I never saw any layer of government, federal, state, or local, that couldn’t be pruned 10 percent or 20 percent without any loss in delivery of government services whatsoever.”

But while Weld is hopeful that everyday Republicans are longing to return to Paul Ryan-style economics, everyday Republicans themselves aren’t so sure. A 2018 poll found that 79 percent of Republicans approve of how the GOP and the Trump administration have handled the deficit, and in July, White House Chief of Staff Mick Mulvaney, himself an avowed budget hawk, argued on Face the Nation that the White House’s priorities were more important than cutting spending.

This also poses a risk for the prospective candidacy of former South Carolina governor and House member Mark Sanford, who told my colleague Tara Golshan that he wanted to refocus the Republican Party and talk more (and with more fervor) about government spending, though it might be unpopular “medicine” to do so:

It’s this sort of nuclear swirl with Trump in the center of it in Republican circles, and in the process, we’re not talking about issues like the debt and the deficit that I think really are going to impact people’s lives in profound ways. I would rather you get a little more excited about debt, deficit, and government spending than the tone I hear in your voice. I want passion. I want passion on this subject.

Sanford has not decided whether or not he’ll enter the race, though he told Buzzfeed’s Lissandra Villa that he is in the “final throes” of the process and will make a decision soon.

Mark Sanford to me on phone this a.m. about deciding whether to run for president: “It’s daunting, and it’s intimidating, and it’s overwhelming in human terms. Nobody wants to be a human piñata … [for] the president who seems to come up with a nickname for anyone.”

But the problem Sanford, Weld, and Walsh all have is that they are facing a president who is far more popular with Republicans than they, or their ideas, are. Trump currently enjoys 88 percent approval within the GOP, and that number has remained remarkably stable since the end of 2017, the last time his approval rating dropped below 80 percent.

Whether or not Trump is a “normal Republican” or a real conservative, Republican voters don’t particularly seem to care. So an effort to primary Trump on that basis — promising to return to the era of “real Republicans” who touted trickle-down economics and “compassionate conservatism” and the deep and abiding importance of norms — seems doomed to fail.

Former Harry Reid staffer hits Schumer for deal fast-tracking judicial confirmations
The profound grief and terrible puns of Harrow the Ninth
Race and football: why NFL owners are so scared of Colin Kaepernick
Elon Musk is one step closer to connecting a computer to your brain
The Democratic Party’s most hated startup can’t change what happened in Iowa. But it can change its ...
Trump on Supreme Court travel ban ruling: 'A tremendous victory'