The push to reopen states, explained 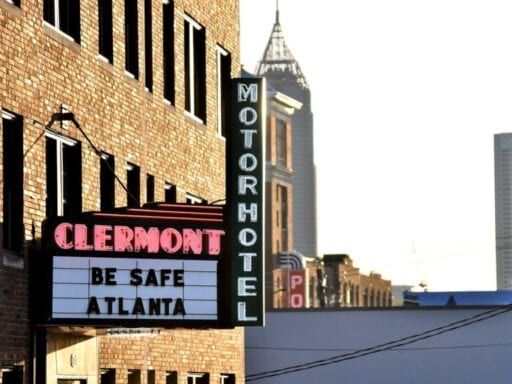 Georgia, South Carolina, and Tennessee are about to show us whether the US is ready to start reopening.

President Donald Trump has told states they’re free “to implement a reopening, very powerful reopening plan.” And despite warnings from epidemiologists and public health experts who say coronavirus testing needs to at least triple — if not increase tenfold — before states can safely relax restrictions on businesses and social distancing guidelines, a number of governors are ready to go.

“Reopening” will mean different things in each state, but, generally, outdoor spaces are once again fair game. Tennessee and Georgia will also allow most businesses to open by April 27; business and beaches in South Carolina reopened Tuesday.

Kemp says that opening up means “We’re probably going to have to see our cases continue to go up, but we’re a lot better prepared for that now.” But critics argue the new measures in some states are premature because it isn’t clear the states have the necessary testing capability or are seeing the downward trend in cases that White House guidelines say are one of the requirements for relaxing coronavirus-related restrictions.

And hanging over the governors’ decisions are political realities that might be affecting their calculations, from the demands of the leader of their party to the desires of their supporters.

Tennessee, Georgia, and South Carolina are all reopening, but what that means exactly differs by state.

Tennessee’s new regulations will actually cover only 89 of its 95 counties initially. The Associated Press notes its governor can only issue guidance for those counties controlled by the state government’s health department — the counties that house the state’s largest cities, like Memphis and Knoxville, have their own health departments and have not yet signed on to Lee’s initiative.

Still, most of the state’s parks are set to reopen Friday, and Gov. Lee said select businesses will be allowed open on April 27 — what those businesses are will be announced later this week; however, Lee said Monday the reopening “will be phased, it will be smart and it will be strategic.”

Georgia and South Carolina are both being more aggressive, stressing the need, as Georgia’s Gov. Kemp did Monday, to get citizens “back to work safely.”

He said he chose these businesses in particular because “unlike other businesses, these entities have been unable to manage inventory, deal with payroll, and take care of administrative items while we shelter in place.”

And on April 27, movie theaters, private clubs, and restaurant dining rooms will be allowed to reopen as well.

These measures pose serious public health risks. Kemp argued these risks will be minimized by through mandatory “screening workers for fever and respiratory illness, enhancing workplace sanitation, wearing masks and gloves if appropriate, separating workspaces by at least six feet, teleworking where at all possible, and implementing staggered shifts.” But the fact remains that there is no such thing as a socially distant massage, nail artists can only do so much digitally, and screening can’t catch asymptomatic carriers.

This has led other political leaders in Georgia to raise concerns — Atlanta Mayor Keisha Lance Bottoms told CNN she and other mayors are “at a loss” as to why Kemp believes it is safe to reopen, and said, “I am concerned as a mother and as the mayor of our capital city.”

But mayors who would like to keep restrictions in place to protect their citizens won’t be allowed to do so. Kemp said Georgia will require local government to follow state guidelines, and that “local action cannot be taken that is more or less restrictive.”

South Carolina’s new regulations, which were enacted Tuesday, are similar, and similarly risky.

His order requires people to continue to practice social distancing, and for stores to ensure no more than five customers per 1,000 square feet of retail space are allowed inside (or 20 percent of the store’s maximum occupancy, if that’s less).

Unlike Kemp, McMaster said local governments can close beaches if they feel doing so is “necessary to preserve or protect public health.”

And unlike Georgia, the businesses reopening in South Carolina don’t necessary require close contact — although places like flea markets aren’t always the most spacious. In both cases, however, it isn’t clear that there will be any economic benefit to these places reopening. Poll after poll has found most Americans aren’t yet ready to resume normal life — and a Morning Consult poll taken April 17-19 found nearly half of its sample of voters believe the coronavirus is a severe health risk in their state. Essentially, businesses may open in these states, but they might not have any customers.

There are political concerns that come with weighing reopening

While all these governors have couched their reasoning for reopening in economic terms, there also seem to be some political considerations at play.

Broadly speaking, Republican governors like Lee, Kemp, and McMaster were slower than their Democratic counterparts to issue shelter-in-place orders for their states; South Carolina’s shelter-in-place order, for instance, had only been in place for two weeks when McMaster announced the state would reopen. Lee and Kemp were similarly slow to close businesses, doing so on April 2 and 3, respectively.

And Republicans, from the White House to the party’s base, have had a tendency to push to reopen as quickly as possible. Trump originally suggested reopening the country by Easter — he then reportedly advocated for May 1, a target South Carolina, Tennessee, and Georgia will meet.

When asked a a coronavirus press briefing about that states reopening on April 13, Trump told reporters governors would end lockdowns when he told them to, because “when somebody’s the president of the United States, the authority is total.”

Governors, legal experts, and lawmakers disabused the president of this notion, leading him to empower states to make their own decisions about reopening just days later. But it would seem that although Trump cannot personally force states to bend to his will, some GOP governors — many of them Trump allies — appear to be fulfilling his vision.

And beyond Trump, there are local political issues to consider as well. These reopenings occur as well-publicized, conservative anti-shelter-in-place protests spread across the country, including in Georgia and Tennessee — and as they are covered and promoted on Fox News. As Vox’s Laura McGann has noted, these protesters represent a minority of Americans — most want stay-at-home orders to remain in force — but some recent polls suggest Republican voters are becoming less concerned about premature reopenings than they once were.

For instance, a NBC/WSJ poll taken April 13-15 found a plurality of Republican voters — 48 percent — are more worried the US will be too slow to reopen business than too quick. This suggests that governors like Kemp, McMaster, and Lee are under pressure not just from the president, but both activist and more mainstream members of their bases.

And then there’s the fact that stay-at-home order extensions would undercut a number of Republican aims. For instancing, supporting large numbers of unemployed people requires an expanded role for government, a strengthened social safety net, placing further stress on already taxed budgets, and could even lead to raised taxes to fill coronavirus-related holes in those budgets. And it is difficult to see a Republican — like first term Govs. Kemp, Lee, and McMaster — performing well electorally have done any of those things.

“There’s talk of it tapering off into a plateau and talk of it looking better than the models, but it feels very premature,” Koplan said of declining case counts. “This is no time for this kind of experimentation.”

All three states have said they will continue to encourage social distancing, but the fear is that these new guidelines will create a second wave of cases. Avoiding this will require a level of testing it isn’t clear the states are able to do.

Most estimates of how much testing is needed to safely reopen businesses and end social distancing has focused on the US as a whole, as Vox’s Umair Irfan has written:

One of the lower-end benchmarks estimates the US will need 750,000 tests per week. The high-end proposal, from Nobel laureate economist Paul Romer, starts at 22 million tests per day and goes up. And not just one test per person, but repeated testing over time.

But by looking at how many tests those estimates are per capita, we can get some idea of how many tests Tennessee, Georgia, and South Carolina would need to do per day in order to quickly identify and suppress new outbreaks as they happen.

This would suggest that should Tennessee and Georgia be able to keep up their recent average testing volume — and should that lower end benchmark be correct — the citizens of those states ought to be reasonable well protected against a large second wave of infection. Should a figure closer to that high end estimate be necessary, however, the citizens of both states will likely find themselves in great danger of infection. And concerningly, testing in South Carolina doesn’t currently meet the minimum possible standard — in the past week, there were two days in which it failed to conduct any tests at all.

And given Tennessee, South Carolina, and Georgia will allow their residents greater freedom of movement, should new cases emerge in a similar fashion, the virus could easily spread across those states — if not farther. As the Harvard Global Health Institute’s Olga Jones recently told Vox’s Jen Kirby about a second wave of infections in Asia, “Epidemic or pandemic control in the world very much depends on the weak links. The whole system is as good as its weakest links.”

Retail Covid-19 testing is a massive failure for black communities
Polls show Biden leading Trump in most battleground states
Some US airports are seeing huge, chaotic crowds for coronavirus screening
How A Very English Scandal spins sensationalism into empathy
Why SoFi would be interested in buying naming rights to the LA football stadium
The legacy of Katherine Johnson, NASA’s “Hidden Figures” mathematician