The real scandal behind the last week of Trump news 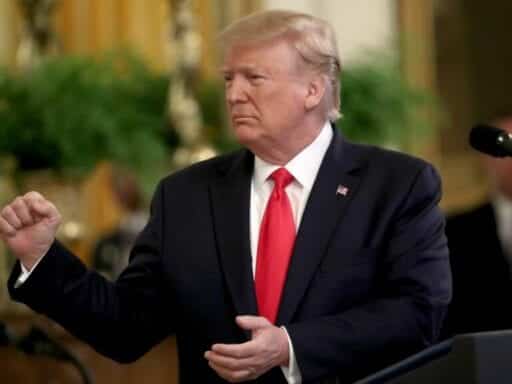 Trump has spent the past week showing us that he’s still fundamentally unfit for office.

We’ve almost become numb to scandals involving President Donald Trump’s administration. But in the past week, news has broken about a truly astonishing number of them, even by Trump standards.

Each of these incidents is individually troubling; together, they’re a pretty damning indictment of the Trump presidency. They reveal a kind of meta-scandal: that the president’s character and his approach to his job is itself scandalous. Time and again, the president has proven to be exactly the kind of anti-democratic, institutional menace many observers feared.

What the past week of scandals reveal

One of the most hotly debated issues in the Trump presidency so far has been how much the president is damaging America’s governing “norms”: the unwritten rules of behavior and attitudes that make the system function smoothly and effectively. To what extent is this damage real and to what extent should we care about it?

The defense of norms can go overboard, to be sure, but the past week shows just how vital some of them are.

The more frequently Trump breaks these norms, the more permissible this kind of norm-breaking becomes. That’s the way unwritten rules work; when people stop abiding by them, there’s no way to really maintain their efficacy. Some of these norms are tied to actual laws (like anti-corruption statutes), but there’s only so much behavior the law can cover. Ultimately, all democratic political systems depend to some degree on leadership that doesn’t abuse the rules of the game too much.

But Trump has been breaking norms since the moment he declared his candidacy and in many of his biggest policy and political moves while in office. In the past week, Trump has violated a notably large number of norms surrounding good government, but the general pattern of gleeful, frequent norm-breaking has defined most of the Trump presidency.

That’s the meta-scandal of the Trump administration: Each individual scandal stems from the president’s fundamental character, his lack of interest in the workings of democratic government and outright contempt for the idea that corruption might be a bad thing.

Trump sets the tone, and lower-ranked officials in his administration follow suit. The quality of American government is being eroded, slowly but surely, to the point where the kind of corrupt, undemocratic behavior that’s typically found in fragile young democracies is becoming a regular feature of the world’s oldest. This is the kind of norm erosion that’s undeniably scary, one that undercuts some of the rules of the road that democracies genuinely do need to function properly.

Now, it’s important to note that the problems in American democracy don’t start and end with Trump. There are much deeper sources of democratic rot in the United States, even in the Republican party alone, than one person. Trump is a symptom rather than a cause.

But symptoms on their own are quite painful. The institutional damage being done by Trump himself isn’t something you can measure in an immediate sense. In fact, it might not even be possible to fully assess the damage being done until years after Trump leaves office. But there’s no doubt that the president’s behavior should worry you — and cause Americans to ask serious questions about the health of their system of government.