The Republican National Convention: Who’s speaking and how to watch 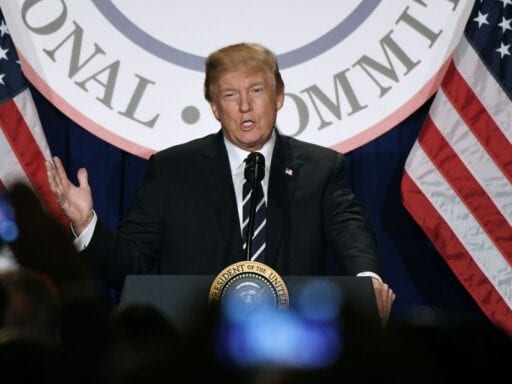 Trump is slated to speak every night of the convention leading up to Thursday evening, when he will formally accept the party’s nomination to be its candidate for president this fall.

The Trump campaign released the list of speakers for the convention Sunday morning.

The Trump campaign releases list of RNC speakers for this week pic.twitter.com/tvffhA0N9n

On Tuesday, themed “Land of Opportunity,” First Lady Melania Trump will speak, as well as Pompeo, Sen. Rand Paul of Kentucky and Eric and Tiffany Trump.

Wednesday, which is “Land of Heroes” themed, will feature Vice President Mike Pence, speaking from Baltimore’s Fort McHenry, along with Sens. Marsha Blackburn and Joni Ernst, Counselor to the President Kellyanne Conway, former NFL player Jack Brewer, and Lara Trump, the president’s daughter-in-law (wife of Eric) who is a Trump campaign adviser.

The convention was originally scheduled to be held in person at the Charlotte Convention Center in Charlotte, North Carolina. But due to the coronavirus pandemic, it will now be held partly in person in Charlotte and partly remotely, with speeches delivered from Washington, DC, and elsewhere. Trump’s acceptance speech was supposed to take place in Jacksonville, Florida, but was cancelled in late July as cases surged in the state.

The in-person portion of the convention will include a roll call of 336 delegates — six for each state and territory — in Charlotte on Monday night, compared with the 2,400 that came to the 2016 RNC. Trump and Pence are expected to show up in person to the event on Monday. Attendees will be asked to quarantine as much as possible beforehand and will be required to take temperature checks before entering the venue.