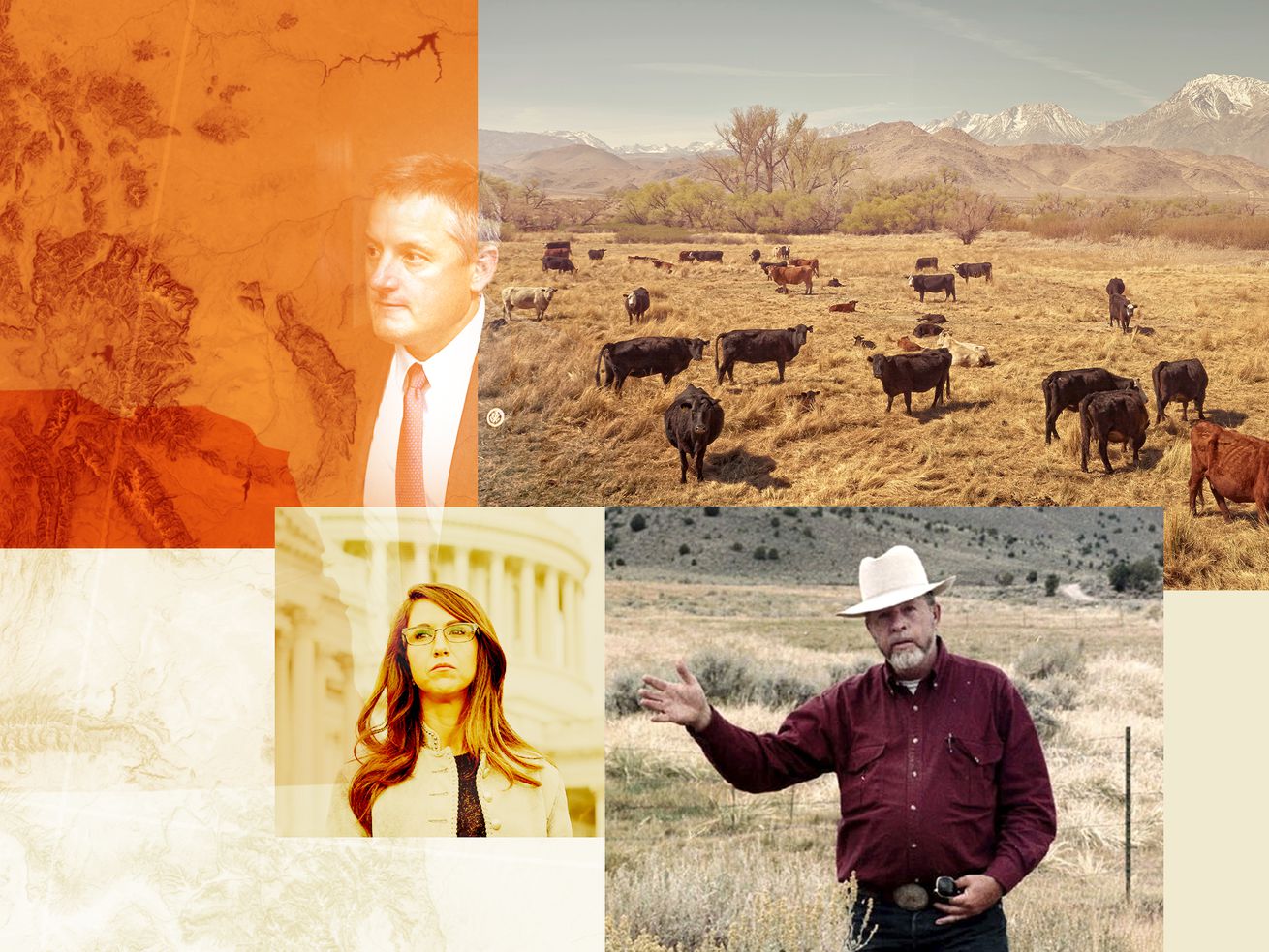 A small but vocal opposition could obstruct an initiative to conserve 30 percent of US land by 2030.

This story is part of Down to Earth, a new Vox reporting initiative on the science, politics, and economics of the biodiversity crisis.

Since January, when President Joe Biden announced a pledge to conserve 30 percent of US land by 2030, many have been wondering: Where will all that land come from? Today, just 12 percent of the nation’s territory is in protected areas.

The Biden administration has begun to offer some clues. In a report last week, the Interior Department said it will meet that target by restoring degraded lands, offering voluntary conservation programs to private landowners, and — this is key — broadening the definition of “conservation” to include some existing working and tribal lands.

Nowhere does the report indicate that private lands will be seized by the government, or that farmers, ranchers, and hunters will be cut off from public land. If anything, the report suggests more public land will be made accessible for recreation.

Yet a small group of conservative activists is drumming up fear that the initiative, known as 30 by 30, is a move to seize private land and restrict access to federal acres. “We’re looking at a huge land grab that is fundamentally going to change land ownership in America,” Margaret Byfield, executive director of the property rights group American Stewards of Liberty (ASL), said in a May 6 Fox News segment.

Byfield, whose parents were involved in anti-government land battles that date back to the late 1970s, claims 30 by 30 is a plot hatched by radical environmentalists, based on faulty science, to put more land under strict government control.

And that argument has caught on in Congress. Late last week, Colorado Rep. Lauren Boebert, a gun rights activist who once expressed support for the baseless QAnon conspiracy theory, introduced a bill with 22 members of Congress called the 30 x 30 Termination Act. It seeks to nullify Biden’s pledge, among other aims.

These arguments are nothing short of a “disinformation campaign” pushed by a loud minority, said Aaron Weiss, deputy director of the Center for Western Priorities, an advocacy group, who’s followed the effort closely. Biden’s 30 by 30 plan is not a land grab, he said, and most Westerners even support the plan, according to a handful of recent polls.

But small or not, these opposition efforts — part of a long history of conservative anti-government sentiment in this country, especially around land rights — could harm or slow down the initiative, Weiss said. And that’s particularly troubling considering they’re not only spinning out of a moment of intense political polarization, but also come at a time when the biodiversity crisis is accelerating.

An opposition born of the Sagebrush Rebellion

Speaking on a stage in Rapid City, South Dakota, last month, in front of a presentation titled “LAND GRAB 30 X 30,” Byfield explained why her opposition to Biden’s big conservation plan is personal. Her father, rancher Wayne Hage, spent years locked in a fight with the federal government over the right to graze cattle on public lands.

Starting in the late 20th century, Hage and his first wife, Jean Nichols Hage, grazed their herd on federal lands in Nevada without the necessary permits, High Country News reports. The government responded by impounding more than 100 of their cattle, prompting the Hages to file what Byfield said was the first-ever federal lands grazing lawsuit, in 1991.

That kicked off a long and complicated legal battle and fueled what’s known as the Sagebrush Rebellion — a movement to fight government control of land in the West that dates back to the 1970s. (The movement’s most high-profile flare-up in recent history was in 2014 when rancher Cliven Bundy and land rights protesters faced off against Bureau of Land Management law enforcement near Bunkerville, Nevada.)

The lawsuit and ensuing fight also gave rise to a new property rights organization, known as Stewards of the Range. That group later merged with another organization (that was run by Byfield’s husband, Dan Byfield) to form American Stewards of Liberty, of which Margaret and Dan Byfield are the executive director and CEO, respectively.

With just a small staff, the nonprofit advocates for property rights, local governance, and the continued use of natural resources like oil and gas. And it’s been backed by prominent conservative donors including the Koch brothers and the DeVos family, the Colorado Sun’s Nancy Lofholm reported.

One of its largest campaigns seeks to remove species from the Endangered Species Act, which carries restrictions on critical habitat. Now, ASL is setting its sights on 30 by 30.

Two dozen counties have passed resolutions against 30 by 30

According to Byfield and other ASL activists — some of who have espoused conspiracy theories, Lofholm writes — 30 by 30 is a land grab pushed by the environmental elite and based on false science. Byfield, for her part, has denied that the climate and biodiversity crises are real.

ASL has also said there’s no constitutional authority for 30 by 30 and criticized the Biden administration for reversing Trump-era changes to a policy used by the federal government to acquire land. The changes, which affected the Land and Water Conservation Fund, gave state and local officials the authority to veto pending deals, E&E News reported.

With these arguments, ASL has embarked on a campaign to put an end to 30 by 30 — well before the initiative even officially launched. Across the West and Midwest, home to large chunks of public land, farms, and ranches, the group has led training sessions on how to fight 30 by 30. “How do we fight this?” Byfield said on the South Dakota stage. “Everything that DC passes or the White House pushes forward has to be implemented locally.”

To that end, ASL has focused its campaign on helping counties across the West pass resolutions to oppose 30 by 30, by creating a “Guide to Fight” and model resolutions county commissioners can use. And so far it’s had some success: more than two dozen counties, mainly in Colorado and Nebraska, have passed resolutions opposing 30 by 30, according to ASL’s website.

ASL’s model resolutions claim that all lands under the 30 percent target will be permanently protected, untouched wilderness. Finding that acreage will come at the expense of existing lands home to ranches, farmlands, and hunting grounds, which will cause “dramatic and irreversible harm to the economies of many western states,” one of the resolutions said.

Similar arguments have gained steam on Capitol Hill among a group of conservative lawmakers. In March, more than 60 members of the Congressional Western Caucus sent a letter to Biden outlining their doubts. “We remain concerned that the 30 by 30 initiative will be used as a method to undermine private property rights, circumvent the multiple-use mandate, and lock up more land,” they wrote.

The recent Interior Department report tried to dispel those concerns. The vision it lays out suggests the government will respect property rights and consider some multiple-use lands, such as farms, ranches, and hunting grounds, as part of the target, so long as they’re managed sustainably.

Yet it did little to allay the most vocal opponents of 30 by 30, including Rep. Bruce Westerman of Arkansas and Colorado’s Boebert. “Although I am pleased to see the administration is finally publicizing information on a previously undefined goal, the lack of specific details in the report is unacceptable,” Westerman said in a statement to Vox. “As the administration continues to formulate this initiative, I hope they focus on these bipartisan, commonsense proposals and avoid efforts to lock up millions of acres of new lands and waters into wilderness areas or national monuments.”

Meanwhile, last Friday, a day after the Interior report came out, Boebert introduced her bill to cancel the 30 by 30 initiative altogether, which uses a similar argument to the one put forth by ASL — that 30 by 30 is a land grab. “Locking up 30% of all our land and water within the next decade is a dream killer for future generations and local economies,” Boebert said in a statement. “In the West, we are all too familiar with government land grabs, and we can see this one coming from a mile away.”

In response to an interview request, a spokesperson for Boebert directed Vox to the press release linked above. Her office did not return a subsequent request for comment.

In response to a request for comment, ASL’s Byfield pointed Vox to an article on the group’s website, responding to the Interior Department report. The article criticized the lack of detail in the report and repeated past claims made by ASL, including that the initiative is a move by the Biden administration to control “our land.” It also, once again, questioned the legitimacy of the biodiversity crisis.

“This is the furthest from a land grab”

These arguments seem to assume that, to hit the 30 percent goal, the federal government will forbid access to public land, seize private property, and ignore the conservation benefit of working lands that are managed with biodiversity in mind.

But as far as we know, that’s not what the government is proposing, according to Collin O’Mara, the CEO of the National Wildlife Federation. “This is the furthest from a land grab,” O’Mara said. “There’s nothing proposed that affects private property rights.”

On public lands, which are far more expansive in the West, the Interior Department may continue to restrict access to extractive industries, said Weiss, of the Center for Western Priorities. In late January, the Biden administration paused new oil and gas leasing on federal lands.

But those restrictions are unlikely to target working lands, said Weiss and O’Mara. On the contrary, 30 by 30 is likely to open up more federal land to recreational activities, and even make them more productive through restoration and better management, they added. Just last month, the Interior Department announced a proposal for the largest expansion of hunting and fishing opportunities in US history. (The Interior Department declined to comment for this story.)

When it comes to private lands, the government has made it clear that any conservation efforts will be voluntary for the landowner. “The government rarely uses eminent domain,” Weiss said. (A notable exception would be the Trump administration, Weiss added, which seized private property to build the US-Mexico border wall, though outcry from conservatives was absent then. “That is the biggest irony here,” he said.)

In its post responding to the Interior report, ASL said the programs for private landowners wouldn’t be voluntary because they’d be hit with higher tax burdens under Biden, giving them no choice but to sell their land.

The opposition could slow down 30 by 30

Ultimately, most Americans — including Westerners — actually support land conservation and 30 by 30, according to a handful of recent polls. One survey of voters from eight states in the Rocky Mountain region conducted by Colorado College, for example, found that 77 percent of them support the 30 by 30 target (49 percent of them strongly support it).

And politicians in the West know this, Weiss said. “You cannot win public office as a Republican or Democrat in the West if you’re out spouting this anti-public lands line. It is definitely not a pervasive attitude out here.”

So then, why does this opposition even matter?

While they may be outliers, conservative lawmakers against 30 by 30 could help block future legislation that would push the US closer to the goal, Weiss said. What’s more is that this initiative, by design, will require collaboration and consensus at a local level — which will be much harder to find as counties pass resolutions against it.

ASL has “managed to convince this handful of county commissioners using disinformation to come out opposed rather than sit down and work,” Weiss said. “If they go in having been fed a bowl full of nonsense, that’s going to make getting to actual consensus much harder because they’ve been fed all these lies.”