The robot revolution will be worse for men 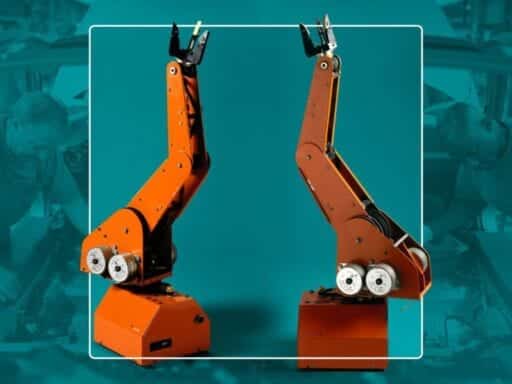 Demographics will determine who gets hit worst by automation. Policy will help curb the damage.

The robots will someday take our jobs. But not all our jobs, and we don’t really know how many. Nor do we understand which jobs will be eliminated and which will be transitioned into what some say will be better, less tedious work.

What we do know is that automation and artificial intelligence will affect Americans unevenly, according to data from McKinsey and the 2016 US Census that was analyzed by the Brookings think tank.

Young people — especially those in rural areas or who are underrepresented minorities — will have a greater likelihood of having their jobs replaced by automation. Meanwhile, older, more educated white people living in big cities are more likely to maintain their coveted positions, either because their jobs are irreplaceable or because they’re needed in new jobs alongside our robot overlords.

The Brookings study also warns that automation will exacerbate existing social inequalities along certain geographic and demographic lines, because it will likely eliminate many lower- and middle-skill jobs considered stepping stones to more advanced careers. These job losses will be in concentrated in rural areas, particularly the swath of America between the coasts.

However, at least in the case of gender, it’s the men, for once, who will be getting the short end of the stick. Jobs traditionally held by men have a higher “average automation potential” than those held by women, meaning that a greater share of those tasks could be automated with current technology, according to Brookings. That’s because the occupations men are more likely to hold tend to be more manual and more easily replaced by machines and artificial intelligence.

Of course, the real point here is that people of all stripes face employment disruption as new technologies are able to do many of our tasks faster, more efficiently, and more precisely than mere mortals. The implications of this unemployment upheaval are far-reaching and raise many questions: How will people transition to the jobs of the future? What will those jobs be? Is it possible to mitigate the polarizing effects automation will have on our already-stratified society of haves and have-nots?

A recent McKinsey report estimated that by 2030, up to one-third of work activities could be displaced by automation, meaning a large portion of the populace will have to make changes in how they work and support themselves.

“This anger we see among many people across our country feeling like they’re being left behind from the American dream, this report highlights that many of these same people are in the crosshairs of the impact of automation,” said Alastair Fitzpayne, executive director of the Future of Work Initiative at the Aspen Institute.

“Without policy intervention, the problems we see in our economy in terms of wage stagnation, labor participation, alarming levels of growth in low-wage jobs — those problems are likely to get worse, not better,” Fitzpayne told Recode. “Tech has a history that isn’t only negative if you look over the last 150 years. It can improve economic growth, it can create new jobs, it can boost people’s incomes, but you have to make sure the mechanisms are in place for that growth to be inclusive.”

Before we look at potential solutions, here are six charts that break down which groups are going to be affected most by the oncoming automation — and which have a better chance of surviving the robot apocalypse:

The type of job you have affects your likelihood of being replaced by a machine. Jobs that require precision and repetition — food prep and manufacturing, for example — can be automated much more easily. Jobs that require creativity and critical thinking, like analysts and teachers, can’t as easily be recreated by machines. You can drill down further into which jobs fall under each job type here.

People’s level of education greatly affects the types of work they are eligible for, so education and occupation are closely linked. Less education will more likely land a person in a more automatable job, while more education means more job options.

Younger people are less likely to have attained higher degrees than older people; they’re also more likely to be in entry-level jobs that don’t require as much variation or decision-making as they might have later in life. Therefore, young people are more likely to be employed in occupations that are at risk of automation.

The robot revolution will also increase racial inequality, as underrepresented minorities are more likely to hold jobs with tasks that could be automated — like food service, office administration, and agriculture.

Men, who have always been more likely to have better jobs and pay than women, also might be the first to have their jobs usurped. That’s because men tend to over-index in production, transportation, and construction jobs — all occupational groups that have tasks with above-average automation exposure. Women, meanwhile, are overrepresented in occupations related to human interaction, like health care and education — jobs that largely require human labor. Women are also now more likely to attain higher education degrees than men, meaning their jobs could be somewhat safer from being usurped by automation.

Heartland states and rural areas — places that have large shares of employment in routine-intensive occupations like those found in the manufacturing, transportation, and extraction industries — contain a disproportionate share of occupations whose tasks are highly automatable. Small metro areas are also highly susceptible to job automation, though places with universities tend to be an exception. Cities — especially ones that are tech-focused and contain a highly educated populace, like New York; San Jose, California; and Chapel Hill, North Carolina — have the lowest automation potential of all.

See how your county could fare on the map below — the darker purple colors represent higher potential for automation:

Note that in none of the charts above are the percentages of tasks that could be automated very small — in most cases, the Brookings study estimates, at least 20 percent of any given demographic will see changes to their tasks due to automation. Of course, none of this means the end of work for any one group, but rather a transition in the way we work that won’t be felt equally.

“The fact that some of the groups struggling most now are among the groups that may face most challenges is a sobering thought,” said Mark Muro, a senior fellow at Brookings’s Metropolitan Policy Program.

In the worst-case scenario, automation will cause unemployment in the US to soar and exacerbate existing social divides. Depending on the estimate, anywhere from 3 million to 80 million people in the US could lose their jobs, so the implications could be dire.

“The Mad Max thing is possible, maybe not here but the impact on developing countries could be a lot worse as there was less stability to begin with,” said Martin Ford, author of Rise of the Robots and Architects of Intelligence. “Ultimately, it depends on the choices we make, what we do, how we can adapt.”

Fortunately, there are a number of potential solutions. The Brookings study and others lay out ways to mitigate job loss, and maybe even make the jobs of the future better and more attainable. The hardest part will be getting the government and private sector to agree on and pay for them. The Brookings policy recommendations include:

None of these solutions, of course, is a silver bullet, but in conjunction, they could help mitigate some of the pain Americans will face from increased automation — if we act soon. Additionally, many of these ideas currently seem rather progressive, so they could be difficult to implement in a Republican-led government.

“I’m a long-run optimist. I think we will work it out. We have to — we have no choice,” Ford told Recode, emphasizing that humanity also stands to gain huge benefits from using AI and robotics to solve our biggest problems, like climate change and disease.

“The short term, though, could be tough — I worry about our ability to react in that time frame,” Ford said, especially given the current political climate. “But there comes a point when the cost of not adapting exceeds the cost of change.”

Ronan Farrow, NBC News, and how the network missed the Harvey Weinstein story, explained
States that Trump won easily in 2016 are looking tight for him in November
Trump just gave Americans a lesson in white history
Read Boris Johnson’s dramatic resignation letter to Theresa May over Brexit
The false choice between helping Notre Dame and helping poor people
‘Prepared for war’: As Mueller moves to finalize obstruction report, Trump’s allies ready for politi...