The romaine lettuce E. coli outbreak is finally over 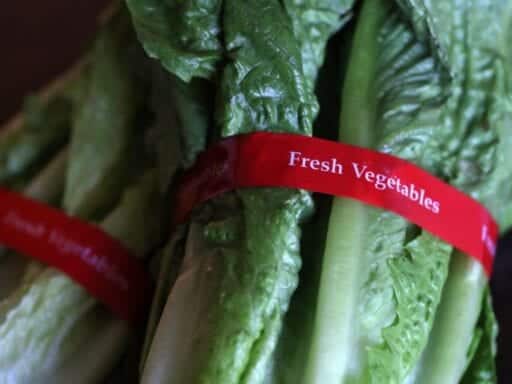 Contaminated canal water may be a cause — but officials are still searching.

After four months, the biggest E. coli outbreak in more than a decade is finally over. On June 28, the Centers for Disease Control and Prevention announced that there are no new illnesses as a result of eating the contaminated romaine lettuce that caused the outbreak.

Since mid-March, the CDC and the Food and Drug Administration have identified five deaths and 210 illnesses caused by E. coli infections linked mostly to bagged, prechopped romaine.

For months, health officials knew the contaminated lettuce came from the Yuma, Arizona, growing region, where most of America’s lettuce is harvested during the winter. But they couldn’t find the exact source of the pollution, and a number of farms in the area were implicated.

Yesterday, the FDA announced they’ve made some advancements in their case: New samples from canal water around the farms in Yuma tested positive for E. coli O157:H7, and they’re a genetic match for the strain of bacteria that caused the outbreak. That suggests the dirty water may have been used to irrigate growing fields — but officials stopped short of saying they knew that for sure.

“These initial positive samples represent another piece of the puzzle,” FDA Director Scott Gottlieb said in a statement. “More work needs to be done to determine just how and why this strain of E. coli O157:H7 could have gotten into this body of water and how that led to contamination of romaine lettuce from multiple farms.”

There are many different strains of E. coli, a bacterium, and most of them live in our guts and don’t cause any harm. But the strain that’s led to the outbreak now, E. coli O157, produces toxins that are dangerous for humans, and it’s particularly virulent. The bacteria are typically transmitted from animals to humans through animal excrement that has contaminated food or water. The symptoms of infection include cramping, vomiting, diarrhea, and, rarely, kidney failure and death.

According to a June 28 update on the outbreak, nearly half of the food poisoning patients affected in this outbreak had to be hospitalized, and many developed a severe form of kidney failure. Altogether, the outbreak hit 36 states, with the five deaths occurring in Arkansas, California, Minnesota, and New York. The FDA says the last shipments of romaine lettuce from Yuma were harvested on April 16, 2018 — so greens from Yuma are not being sold or served any longer.

But the tragedy should be a reminder of the health threat our convenient, prepackaged salads can pose.

Before we get into why, let’s be clear: Most of the lettuce we eat is safe to consume. However, lettuce has also become a major source of food poisoning.

One reason why: The salad we consume today looks pretty different from the salad our parents or grandparents ate. Instead of buying heads of lettuce that we wash and chop or rip up ourselves, over the past couple of decades, sales of precut and bagged greens have boomed. These mixed greens wind up in our fridges or at restaurants already washed and ready to toss in a salad bowl. But during processing, bacteria living among the leafy greens have a moist environment in which to flourish.

“When you bag and chop [salad], bacteria just gets amplified — and when you ship it across the country, the bacteria has a chance to grow in the bag,” Bill Marler, one of America’s leading food safety attorneys who is representing families affected by this outbreak, told Vox after the outbreak was first declared.

That’s not the only reason salads are a major source of food poisoning. We also eat them raw, which means there’s no cooking process to kill off pathogens. Contamination can happen when lettuce is harvested, or from animals or water in the fields — which may be the case in Yuma.

The packaging process also makes it more difficult to find the cause of contamination and prevent more people from getting sick. Different lettuces grown at different farms get mixed into bags that are distributed to supermarkets and restaurants all over the country, so food safety officials need to search for the common link among farms and suppliers.

That’s part of the reason the Food and Drug Administration said previously that we may never know the precise cause of the romaine E. coli contamination. In an incredibly complicated diagram released earlier this month, the agency showed that a web of dozens of farms, processors, and distributors (all of which remain unnamed) were implicated in the current outbreak. Only a few E. coli cases caused by whole head lettuce were traced back to a single farm.

We increase our risk of food poisoning with prewashed, bagged lettuce

I asked Marler what lesson the public and health regulators could learn from these deaths, and he said that we need to understand that our love of convenience has also become a risk. When we eat salads that are prewashed and bagged, we increase our risk of food poisoning.

Maybe the best way to produce romaine is to ship it in the whole head form, leaving restaurants and individuals to wash it themselves, Marler suggested. Salad eaters may also want to wonder whether the convenience of packaged salad is worth the added risk.

Eerily, almost the exact same scenario played out in the US a dozen years ago. In 2006, a giant E. coli outbreak linked to bagged fresh spinach sickened more than 200 people and killed three in 26 states. It also involved conveniently packaged salad.

“Historically, the large E. coli outbreaks linked to leafy greens have all been [caused by] prewashed, chopped, bagged salads,” said Marler. “[These] mass-produced, washed, bagged, chopped leafy greens that get sent around the country have a lot more risk than people realize.”