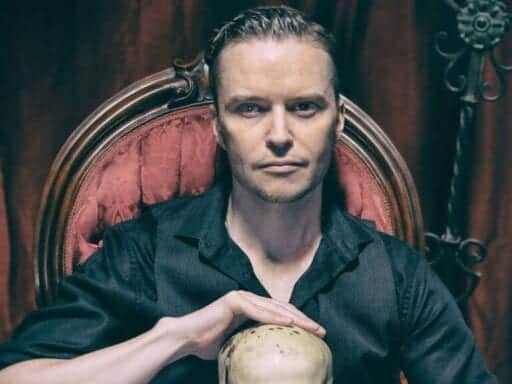 Marc Randazza has also defended the founder of a neo-Nazi site, the Daily Stormer.

A spiritual activist group known for taking on the religious right and conservative policy is splintering over its leader’s decision to enlist a lawyer who also represents prominent alt-right figures.

The Satanic Temple (TST) a nontheistic religious group that says it is dedicated to humanistic values, evidence-based scientific inquiry, and the separation of church and state, is currently suing Twitter for religious discrimination. TST argues it was not only unable to effectively report threats to its headquarters on the platform, but also that when its leader, who uses the pseudonym Lucien Greaves, spoke out, he was punished by being temporarily suspended.

Greaves’s decision to work with Marc Randazza, a lawyer whose other clients include Infowars’ Alex Jones and a number of neo-Nazis and white supremacists, has led to a fracture within TST. The Los Angeles chapter of the group has disaffiliated in protest, calling Randazza a “Twitter troll and an agent of the alt-right,” while the co-head of the New York chapter has resigned and left the organization.

The controversy over Greaves’s engagement of Randazza has crystallized wider debates within the organization. For Greaves and his allies, TST’s primary mission is to defend principles of personal sovereignty like free speech and separation of church and state, often by taking advantage of legal religious liberty exemptions. Greaves has frequently argued that this sovereignty is sacrosanct, even for views he finds repugnant: He has, for example, defended the right of ultra-conservative firebrand Milo Yiannopoulos to speak at California Polytechnic University after students purporting to be Satanists led a protest against him.

But for many of the progressive activists drawn to TST for its high-profile commitment to left-wing advocacy work, TST’s partnership with Randazza, and willingness to overlook his more troubling clientele, is a worrying sign that the organization is too willing to let the voices of its leadership — many of whom are straight white men — crowd out the wishes of a more diverse membership.

The fracture within TST reveals the complications and ambiguities inherent in activism in the age of Trump. It also raises questions about the responsibility of broader activist groups, including religious organizations, to its members.

Please read our statement. Thank you for all of your support and we’ll see you soon. ♥️- TST LA

A post shared by The Satanic Collective (@thesataniccollective) on Aug 4, 2018 at 9:59pm PDT

The Satanic Temple has been blending trolling and activism since it was founded in 2012 by two friends, Malcolm Jerry and Lucien Greaves (both pseudonyms). Greaves is the organization’s only public spokesperson and de facto head.

The group gained prominence in 2013, when some members held a mock rally — complete with theatrical black flowing robes — celebrating Florida governor Rick Scott, who had recently signed a law allowing students to read inspirational messages at school events. While that law was designed primarily to allow Christian students to evangelize in school, TST grabbed media attention by praising Scott for reaffirming “our American freedom to practice our faith openly, allowing our Satanic children the freedom to pray in school.”

In 2016, TST again made headlines for using religious liberty exemptions to get around Texas’s then-new “fetal burial rule,” which mandated that all fetal remains, including those that were the result of abortion, be officially buried or cremated. Because the organization formally holds that fetuses are not people, TST threatened to file injunctions against any planned enforcements of the law on religious liberty grounds.

It’s unclear exactly how many members the organization has. Its Facebook page has about 85,000 likes and its Facebook members’ forum has 7,000 members. For many Satanic Temple adherents, TST provides a moral framework, a place to conduct spiritual rituals with like-minded people, and a chance to reify dearly-held values.

This latest controversy began in January, when former child actor Corey Feldman, who’s previously claimed “demonic forces” have influenced his life, retweeted another user, LaurieGatta1, calling for the Satanic Temple headquarters in Salem, Massachusetts, to be burned down.

LaurieGatta1’s tweet, which has since been deleted, read: “I doubt nothing anymore. I have em. In Salem MA. Opened a Satanic Church last year!!! The Witches are evil. And Satanists and Cults are VERY real! W a church like this Should not exist! Burn it! Blame Hillary I don’t care! It’s gutta go. If anyone likes this idea they r FKEd.”

Lucien Greaves retweeted it, asking his followers to report the original tweet as harassment to Twitter. Instead, Greaves’s own account was suspended indefinitely (it has since been restored).

The TST is now suing Twitter for religious discrimination. “When Twitter is going to choose to treat one religious group differently than another, in a way that dehumanizes us, that sets up a dangerous precedent. … There are deeper ramifications for society at large when social media can suspend your account just because of discrimination,” he told the Washington Post.

Greaves said that the only lawyer who would take his case pro bono was Randazza, a lawyer whose defense of free speech — no matter how repugnant the message — has led to him to defend a founder of the neo-Nazi website the Daily Stormer. Randazza is also defending far-right conspiracy theorist Alex Jones against several families of the victims in the Sandy Hook, Connecticut, shooting, who are suing him for defamation for propagating the idea that the massacre was a hoax.

However, many heads of individual local chapters expressed concern about retaining Randazza, especially because Greaves and TST were also simultaneously publicly fundraising for the suit despite being represented pro bono. (TST chapter heads and local councils organize and run local events and meetings, and funnel at least 90 percent of any profit from local events and fundraisers to the national level).

Emma Story, a former New York City TST chapter leader, said she expressed her concerns about Randazza to the national council several months ago. “We got a polite but non-useful reply about how lawyers represent all kinds of clients,” she told Vox. By mid-June, she said, other chapter heads had also express concern about Randazza’s affiliations, and in early July she and other chapter heads sent a longer formal letter to TST’s national council. They have yet to receive a response.

This week, the LA chapter disaffiliated from TST, branding itself the Satanic Collective, over concerns about Randazza. Story also resigned from the New York branch.

In a Medium post explaining her departure, Story wrote, “Randazza is not just another lawyer and it’s disingenuous to pretend that he is. … He has appeared on Alex Jones’s InfoWars again and again — not merely to discuss the Sandy Hook case but to express a whole variety of opinions about everything from Starbucks’s racial bias training to ‘the culture of victimhood’ in the United States.” Randazza has, she noted, appeared on InfoWars to warn: “one day in the future, there will be the uber victim: it will be one victim, to rule over all of them. There will be a black lesbian in a wheelchair with an eye patch and every single possible victimization and she will rule. … It’s a dystopian fairy tale.”

For Story, TST’s affiliation with Randazza highlights a wider issue within the organization: its unwillingness to prioritize the wishes of its most vulnerable and marginalized members. TST has, in her view, a diversity problem, skewing toward a generally privileged and largely white demographic.

“It’s not a coincidence,” Story wrote, “that the people who are leaving TST over this issue right now are predominantly members of the very same vulnerable groups we say we want to attract.” Still, members who are people of color, LGBTQ, or from other marginalized groups may feel uncomfortable with their religious organization doing business with someone who has not only defended, but also exhibited collegial behavior toward personalities like Jones.

In a statement made via Patreon, Greaves doubled down on his decision to work with Randazza. “I didn’t take the time to learn his politics, and I still don’t care what they are. He’s not representing our views, he’s defending our legal rights in court. He is a tool that has been made available to our enemies to their benefit. If we deny ourselves the same tools on the grounds that they’ve been used by our enemies, have we not merely forfeited our own fight?”

In a subsequent email to Vox, Greaves stressed that he believed that most chapter heads supported his decision to keep working with Randazza. He added, “We are not giving him a courtroom platform to pontificate about his political views, nor should those views be of consequence to us. [Refusing his services] would do nothing to hurt the alt right, it would merely hurt us.”

He acknowledged that national leadership had not replied to the initial letter of concern from some chapter heads, arguing that the organization was focused on upcoming projects. “The Satanic Temple is run by a small, overworked band of volunteers,” he wrote, “We’re still a young organization working out communication and administration issues, but we are deeply concerned about the well-being of all chapters and don’t disregard any internal disputes, nor do we disregard any concerns as superfluous even if we think they are misguided.”

Chalice Blythe, a member of TST’s national council, said in a statement that “a good portion of initially concerned chapter heads were given thorough explanations” about TST’s relationship with Randazza, and “felt their concerns were adequately addressed, acknowledged, and are in support of the standing of the lawsuit and retention of the lawyer.”

The debate within TST reflects wider questions in activism

The debate about what the Satanic Temple is, or should be, and the degree to which its advocacy work demands a rejection of people like Randazza, is about far more than the politics of a single organization. Rather, it speaks to the degree to which even progressive organizations have been under increasing ideological strain in a political landscape in which news coverage of neo-Nazis and conspiracy theories has become, in essence, the new normal.

As a social justice organization, and as a religion devoted to celebrating personal autonomy, TST sees itself as a champion of unlimited free speech, and its choice of lawyer reflects that. But as a religion whose adherents are drawn to it because of their passion for social justice, and desire to advocate for the vulnerable, TST also runs the risk of alienating its members. In this, TST’s dual roles — as an activist free speech organization and as a welcoming religious space for a non-theistic community — may be in conflict.

The debate raging in TST, in other words, is ultimately a debate about the nature and limits of activism in the age of President Donald Trump.

As one current chapter head, who wished to remain anonymous, put it in an email to Vox: “We came into TST thinking it would be an organization that stands for something. I would rather not take the Twitter case than hire someone who represents members of the alt-right and Alex Jones. We know Lucien is not someone who has alt-right ideologies, but I would like to think he would consider all the members who are People of Color, LGBTQ+, and some Jewish members who have expressed discomfort with the idea of Randazza representing us.”

The midterm elections are shaping up to have a giant gender gap
Democratic Governor John Bel Edwards hangs on to his seat in Louisiana
What would Keynes do?
Obama’s new statement on the protests exposes Trump’s failures
We got comfortable with Hamilton. The new film reminds us how risky it is.
Elizabeth Warren’s plan to pay for Medicare-for-all, explained