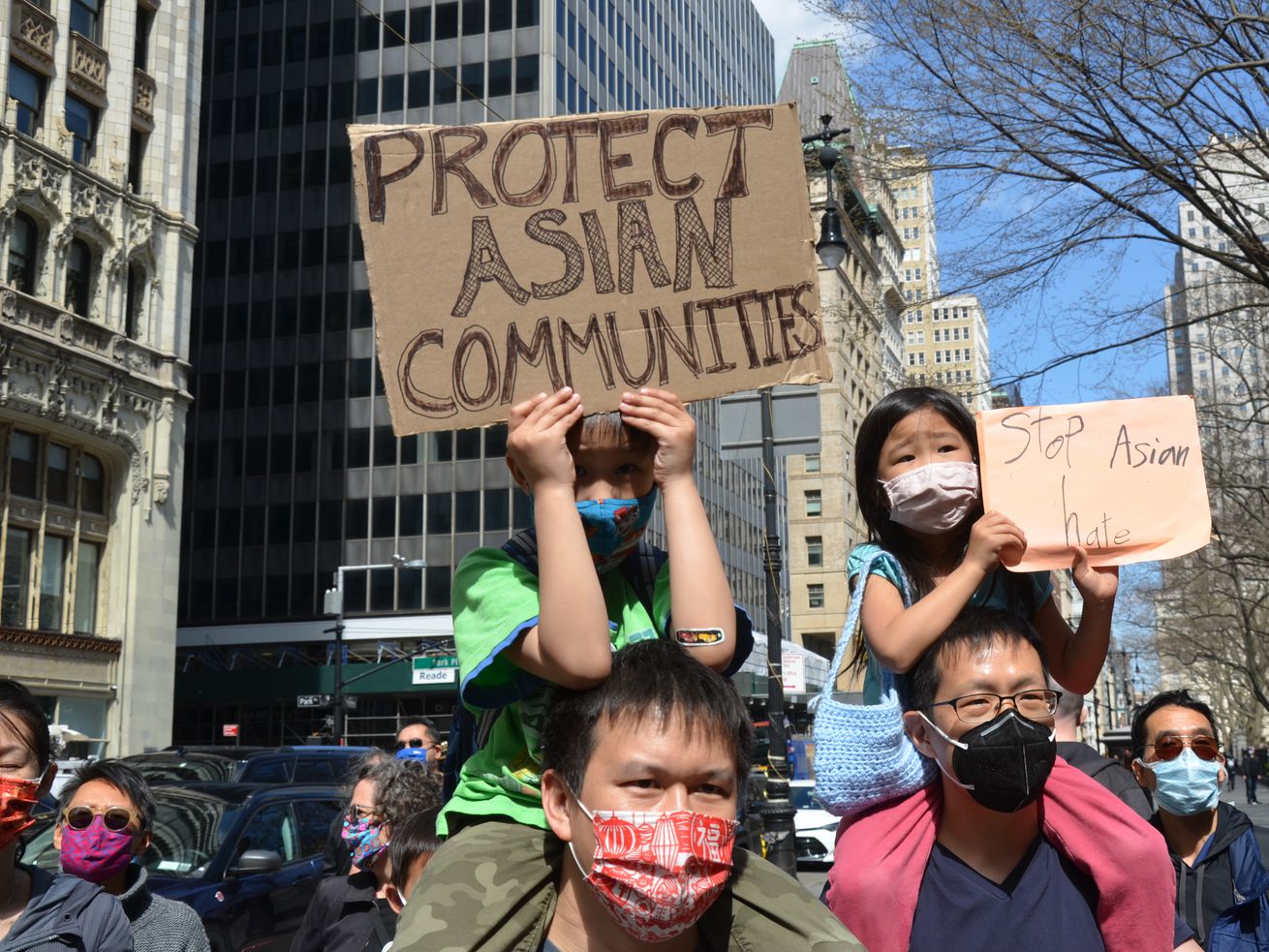 It ultimately passed 94-1 with Sen. Josh Hawley (R-MO) as the lone vote against it. Hawley has previously said he opposed the measure because it was too “broad” even though the changes it proposed were relatively modest.

Despite its limited scope, the bill is significant in that it marks a notable denouncement of anti-Asian racism, which has surged in the last year as Asian Americans have been scapegoated for the spread of coronavirus and as public officials including former President Donald Trump have used racist terms.

According to a tracker from Stop AAPI Hate, nearly 3,800 incidents involving everything from verbal abuse and shunning to physical assault have been reported. Shootings in Georgia, which killed six women of Asian descent in March, as well as violent attacks on Asian American elders, have also renewed focus on the issue.

The passage of this bill acknowledges this reality and makes some inroads to gathering better information about hate crimes in general: Currently, thousands of hate crimes go unreported each year, and federal data is also lacking since local law enforcement agencies don’t always keep tabs on or communicate their numbers.

As ProPublica’s Ken Schwencke reported in 2017, there are serious gaps in the records that law enforcement agencies keep:

The evidence suggests that many police agencies across the country are not working very hard to count hate crimes. Thousands of them opt not to participate in the FBI’s hate crime program at all. Among the 15,000 that do, some 88 percent reported they had no hate crimes. According to federal records, the Huntsville Police Department has never reported a hate crime.

Local law enforcement agencies reported a total of 6,121 hate crimes in 2016 to the FBI, but estimates from the National Crime Victimization Survey, conducted by the federal government, pin the number of potential hate crimes at almost 250,000 a year — one indication of the inadequacy of the FBI’s data.

“At a time when the AAPI community is under siege, this bill is an important signal that Congress is taking anti-Asian racism and hatred seriously,” Sen. Mazie Hirono (D-HI), a lead sponsor on the bill, said.

What this bill will do

This legislation is primarily focused on making it easier for people to report hate crimes by opening up more channels to do so and supporting better training for law enforcement officers. Additionally, by naming a specific Justice Department official to review anti-Asian hate crimes, it hopes to heighten federal focus on such incidents.

Below are some of the key components of the bill:

All of these efforts are focused on getting a better understanding of just how expansive the problem with hate crimes is, though as one legal expert told Vox, they likely won’t be effective at fully addressing the root causes of such attacks.

The legislation presented a unique opportunity for bipartisanship

The bipartisan passage of this legislation was ultimately somewhat surprising, including to Democrats who came in thinking Republicans would block the legislation from being debated. “We passed the first hurdle, which I didn’t think we would pass,” Hirono told HuffPost’s Igor Bobic after a procedural vote.

Given how divided the Senate has been on most measures until now, it is a relatively rare occurrence, and a welcome joint effort, for legislation to endure debate and pass with support from both sides of the aisle on a problem that’s been broadly criticized. A major component of the bill that ended up garnering both Democratic and Republican backing was the Jabara-Heyer No Hate Act — an amendment led by Sens. Richard Blumenthal (D-CT) and Jerry Moran (R-KS), which included the grants to regional law enforcement.

In the end, lawmakers in both parties agreed that the issue of racism and hate crimes warranted a collective policy response, even though it’s still a limited one.

Upcoming votes, including one on HR 1, Democrats’ sweeping voting rights reform bill, are unlikely to pass as smoothly.

If a bill is blocked, or filibustered, by even one member, after all, it will need 60 votes to pass, a tough threshold for Democrats to meet given the Senate’s current 50-50 breakdown. If the filibuster stays intact, a number of Democratic priorities — including gun control, police reform, and the $15 minimum wage — probably won’t pass.

Like the hate crimes bill, these coming votes will further test the chamber’s potential for bipartisanship — and likely play a role in whether Democrats end up deciding to blow up the filibuster down the line.