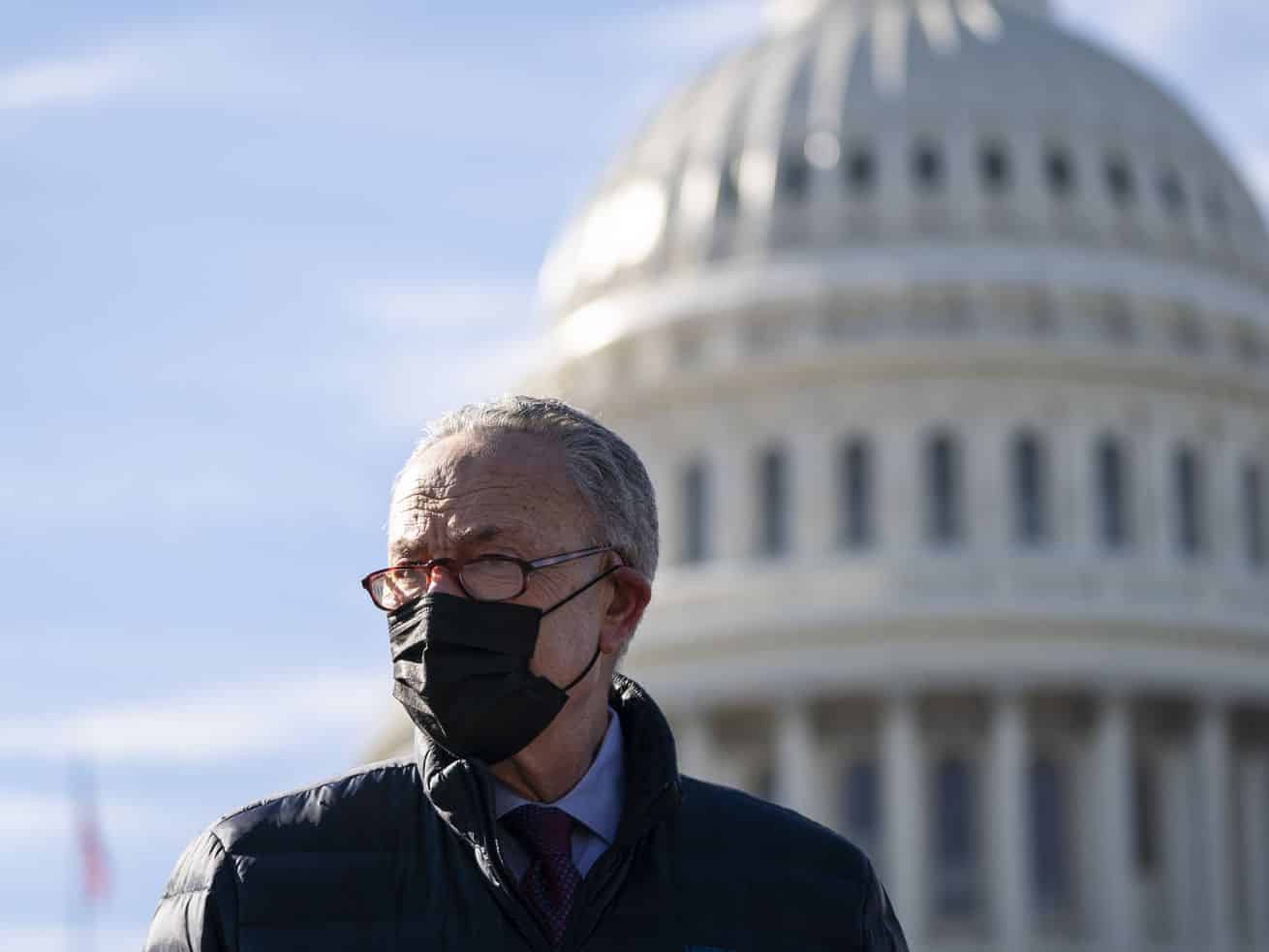 The Senate is kicking off its budget resolution with a process known as a vote-a-rama.

The Senate is in the middle of one of its lengthiest — and most interestingly named — processes: the “vote-a-rama” for a budget resolution.

It’s happened a handful of times in the past decade or so; this time, it’s part of Democrats’ bid to either pass President Joe Biden’s $1.9 trillion Covid stimulus plan or push Republicans into a more conciliatory position for a bipartisan plan.

As the name suggests, this effort involves lots and lots of back-to-back floor votes, and marks the next major step in advancing a budget reconciliation bill that would enable Democrats to approve their version of Covid-19 relief unilaterally. Typically, most bills require 60 votes to advance in the Senate, but budget bills only require 51. By using budget reconciliation to pass Covid-19 relief, Democrats would be able to move everything from $1,400 stimulus checks to enhanced weekly unemployment insurance payments single-handedly, even if Republicans don’t sign on.

Although there’s still the possibility of a bipartisan deal on Covid-19 aid, Democrats have gone ahead and initiated the reconciliation process, since it’s possible GOP lawmakers stand firm and refuse to back an ambitious package.

Before Democrats can get to writing this bill, however, both the Senate and the House need to approve a budget resolution, and the vote-a-rama is an opportunity for every senator to introduce amendments to this measure. The resolution effectively serves as an outline for what the final bill could look like.

During the vote-a-rama, which began on Thursday afternoon, each amendment gets about 10 minutes of floor consideration, followed by a rapid-fire vote. Like the budget resolution itself, amendments can pass with a simple majority, or 51 votes.

Any amendment that’s budget-related can be considered as part of this process. And because of this flexibility, lawmakers have filed amendments that run the gamut from addressing tax policy for remote workers to funding for schools. In one instance, an amendment from Sens. Joe Manchin (D-WV) and Susan Collins (R-ME) would bar “upper-income taxpayers” from receiving stimulus payments.

McConnell’s office outlines 5 GOP vote-a-rama priorities, including amendments that would:

Republicans, in particular, are using this opportunity to hold messaging votes: For example, one of their amendments focuses on preventing stimulus checks from going to undocumented immigrants — something that was already the case in previous Covid-19 relief packages. But by holding a vote on this issue, and others, Republicans aim to get their Democratic counterparts on the record about them.

Because of how many amendments they involve, vote-a-ramas can take a long time: In 2013, lawmakers were in the Senate until 5 am. And in 2008, the Senate considered a total of 44 amendments. This time, roughly 700 amendments have been filed (though not all will end up getting a vote).

Once the protracted vote-a-rama is over, the path to writing the Covid-19 relief bill and moving forward with budget reconciliation is effectively cleared.

After lawmakers work through amendments to the resolution, both chambers need to pass this measure, so that Congress can get started on writing the budget bill. Here’s what comes next in that process:

The politics of the budget reconciliation process, briefly explained

Democrats are starting the budget reconciliation process at the same time that Biden is negotiating with Republicans and Democrats alike on the parameters of his Covid-19 relief package.

Republican senators who want to work with Biden have proposed a counteroffer of $600 billion — which is nowhere near what the administration wants.

“There’s obviously a big gap between $600 billion and $1.9 trillion,” White House press secretary Jen Psaki told reporters on Monday. “Clearly, [Biden] thinks the package size needs to be closer to what he proposed than smaller.”

With reconciliation as a backdrop, the message to Republicans is: You can either negotiate something closer to what we want or we’ll pass it anyway on a party-line vote.

Democrats in Congress and the White House say they want bipartisan talks to continue. But many are also wary of negotiations dragging out for months like they did during the Obama years, wasting precious time to stimulate the economy.

Working toward a bipartisan deal — or at least trying to — is part of Biden’s nature, but it’s also good politics. By negotiating directly with moderate Republicans, Biden is also trying to keep centrist Democrats like Sens. Joe Manchin (WV) and Kyrsten Sinema (AZ) happy. Helping Senate Majority Leader Chuck Schumer keep his caucus in line may be just as important, if not more so, as finding areas of common ground with Republicans. Democrats are holding on to their Senate control by a single vote; they have no room for error even with a simple majority vote.

Back in 2017, congressional Republicans were the ones making fast use of the budget reconciliation process.

With unified control of the White House and Congress, Republicans used reconciliation twice: once in their unsuccessful attempt to overturn the Affordable Care Act, and once in their successful passage of a $1.5 trillion tax cut bill that slashed the corporate tax rate from 35 percent to 21 percent, among other things.

In other words, as much as Republicans are grumbling about Democrats using budget reconciliation now to potentially pass more Covid-19 relief, they’re familiar practitioners themselves.

If Democrats ultimately do use reconciliation to pass Biden’s Covid-19 relief plan, it likely won’t be the last time they use it. Senate Majority Leader Chuck Schumer has already floated it as a possible vehicle to pass large portions of Biden’s yet-to-be-released economic recovery plan, which will likely include an infrastructure package, among other things.

Still, there will likely be a lot of other items on the new president’s to-do list that can’t be passed with budget reconciliation. For instance, Biden has already introduced an immigration bill as another top priority of his administration. He’ll either have to compromise with Republicans on a number of other issues or Senate Democrats could blow up the filibuster — which is looking unlikely.

“If they want to get it moving fast, work with us on a bipartisan solution, and then use your political muscle with reconciliation later on,” Republican Sen. Lisa Murkowski (AK) told Vox recently. “But at least show evidence of the value of working together. If we move toward reconciliation, I wonder what signal that sends to those of us who want to try to advance solutions that might not be 100 percent solutions but are 80 percent solutions.”

America’s anti-democratic Senate, by the numbers
Poll: only 28 percent of young voters say they will certainly vote in the 2018 midterms
Soul is Pixar’s most visually inventive film, and one of its most poignant
The more money you make, the more fast food you eat
How Democrats’ delegate math actually works
Hillary Clinton has officially endorsed Joe Biden for president