The significance of electing working-class politicians 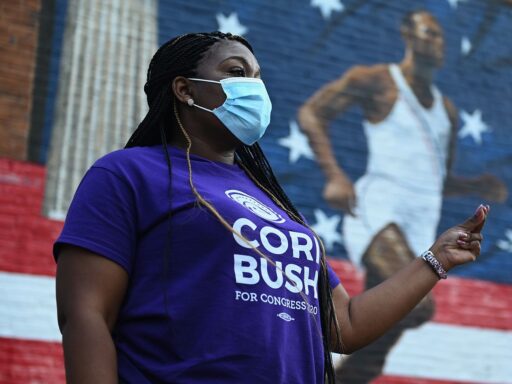 The pandemic has underscored why diversity in Congress — including class — is so crucial.

The political future of Jamaal Bowman, the newly elected Congress member from the Bronx, seems bright. The progressive New York Democrat, who defeated a 16-term incumbent to win his race, is one of two new additions to “the Squad,” alongside Reps. Ilhan Omar, Ayanna Pressley, Rashida Tlaib, and Alexandria Ocasio-Cortez. His financial reality is much less glamorous, during the transition phase, at least. Bowman told The Cut in December that the changeover has been “stressful for [his] family.” He is juggling a mortgage in Yonkers, a rental apartment in DC, student loans, and monthly bills.

One of the optimistic outcomes of the 2020 election, an event that has stubbornly refused to recede into distant memory, is the historic level of political representation in the 117th Congress. The new class arrived for the job when political tensions are high, made more complicated following the Capitol riot that some say their fellow lawmakers encouraged.

Increased diversity — of gender, race, sexual orientation, and age — among the ranks of top lawmakers can facilitate more inclusive and comprehensive policy decisions. There is one demographic, however, that has received less emphasis in political representation: class.

During a crisis that has exacerbated economic inequality between blue-collar wage earners and white-collar professionals, a politician’s class identity is perhaps even more decisive. Identity “directly impacts how laws are written when people bring the confluence of their lived and professional experiences and those lenses to policymaking tables,” Rep. Pressley (D-MA) told the Washington Post Magazine in March 2020. “Different questions are asked. More-robust legislation is written. And everyone benefits from that.”

The election of vocal, progressive officials like Bowman (a former school principal), Ocasio- Cortez (a former bartender), and Missouri Rep. Cori Bush (a former nurse) suggests that modern-day national politics has become slightly more accessible to working-class people. It might be, at least among Democrats, with the help of groups like Justice Democrats, Brand New Congress, and the Working Families Party, which seek to recruit progressive candidates who reflect their local community. But for much — if not all — of American political history, the structure of the campaign system creates a built-in bias against the success of working-class candidates. Even if they do succeed, these politicians are privy to criticisms about their appearance and doubts about their upbringing.

It doesn’t help that Americans don’t know how to talk about class. Sixty-eight percent of households identify as “middle class,” and politicians, in an effort to appeal to broad constituencies, are verbosely vague about class differences. American culture and politics, as the New Yorker’s Jelani Cobb wrote in 2016, “have elided the differences between salaried workers and those who are paid hourly, between college-educated professionals and those whose purchasing power is connected to membership in a labor union.”

There also isn’t a consensus on what social class is or how it’s defined. In 2015, the Pew Research Center defined the middle class as those whose annual household income is two-thirds to double the national median, or about $42,000 to $126,000 annually. And while class status can be compared in income and wealth data, people often have perceptions of class based on education and other identity factors, such as race and gender.

By and large, national politicians are wealthier and better educated than the average American: 95 percent of House members and 100 percent of Senate members have a bachelor’s degree or higher, compared with about 35 percent of regular people. (There doesn’t seem to be much of a relationship between good governance and educational attainment, as political philosopher Michael Sandel has noted.)

Members of Congress are responsible for delivering policies — on housing and health care, for instance — that could radically improve their constituents’ lives during a pandemic. With the latest round of stimulus checks, some voters argued that their representatives haven’t struggled enough financially to grasp the value of a $2,000 or $600 check.

The end-of-year standoff between Democrats and then-Senate Majority Leader Mitch McConnell to increase the amount to $2,000 — and the support some Republicans have expressed for bigger checks — highlights a bipartisan recognition that Americans are in a state of financial crisis. Former Georgia Republican Sens. David Perdue and Kelly Loeffler, who lost their respective runoff races in January, supported the $2,000 checks, a move intended to sway working-class Georgians.

Many Washington lawmakers have a history of downplaying their wealth when it’s politically expedient. Instead of focusing on policy as a way to appeal to voters, they seek to cultivate a relatable “I can grab a beer with them” persona. For example, Loeffler, who was one of the richest members of Congress, worked as a Wall Street executive and married the chair of the New York Stock Exchange. But her political story begs to differ: She highlights her roots as a farm girl who waitressed her way through school to learn the value of a paycheck.

“Working-class people almost never become politicians,” Nicholas Carnes, a Duke associate professor of public policy and political science, wrote for Vox in 2018. “[Alexandria] Ocasio-Cortez and [Randy] Bryce make headlines in part because their economic backgrounds are so unusual (for politicians, that is).” (Carnes’s article was published in October 2018, before the midterms in which Ocasio-Cortez won and Bryce lost.)

And even after candidates like Ocasio-Cortez are elected to Congress, many remain susceptible to the endless circus of media scrutiny by pundits, critics, and online trolls critical of their politics — and appearance. “There’s a huge aspect of gender and class bias built into political perception,” said Philip Chen, an associate professor of political science at Beloit College. “We’re starting to see a bit more gender consciousness with the media, but pundits and a lot of constituents still have certain biases baked in.”

More politicians, particularly those on the left, are publicly embracing their working-class roots, said Chen. “It’s not that there weren’t working-class politicians in the past. There obviously have been, but the relevance to identity was not as pronounced,” he said. The strength of Bernie Sanders’s campaign encouraged more Democratic politicians to directly address the issue of class, something activists have long emphasized. For some newer, progressive members of Congress, “That’s a big part of their electoral persona and appeal,” Chen said.

Cori Bush, for example, recently rebuked some of her Republican colleagues for refusing to pass through metal detectors. “Have you ever had a job before?” she wrote on Twitter. “If you work at McDonald’s and you don’t wear the uniform, you don’t work that day. If you won’t abide by the rules of this job, go find another one.” This comment followed part of a debate about congressional rules on carrying firearms — rules some lawmakers don’t seem to feel apply to them — and made Bush’s callout all the more relevant on questions of class and entitlement.

To my colleagues who won’t go through the metal detectors:

Have you ever had a job before? If you work at McDonald’s and you don’t wear the uniform, you don’t work that day.

If you won’t abide by the rules of this job, go find another one https://t.co/rPO2xek1iB

Having an outspoken public persona can invite criticism, especially for elected officials with larger social media presences, which can range from valid judgments to bad-faith condemnations. Historically, women politicians have received undue attention for their appearance compared to their male colleagues. But working-class women, particularly women of color, are often subject to accusations that single them out as elitist or unreflective of their financial backgrounds.

It seems as though every time a politician poses for a photo shoot in an expensive designer outfit they’re given to wear briefly (courtesy of a magazine), a subset of political Twitter explodes in outrage. During Ocasio-Cortez’s 2018 campaign, a Washington Examiner columnist posted a photo of her with the caption, “I’ll tell you something: that jacket and coat don’t look like a girl who struggles.”

The dissonance, as Gaby Del Valle observed for Vox in 2018, is reflective of a sinister yet vague disdain for working-class people: “It doesn’t matter where the clothing was purchased or how much the house cost; what matters is whether someone looks ‘poor,’” Del Valle wrote. “The underlying message here is that if working people own anything beyond the bare minimum, then they’re not really struggling.”

This sort of partisan fury online seems misdirected toward politicians like Ocasio-Cortez, especially when many of her colleagues own second homes or are millionaires themselves: Loeffler, the former Georgia senator, was investigated by the Justice Department for potential insider trading after she sold millions of dollars in stocks following a private briefing on the coronavirus in January 2020.

As new members of Congress — especially those who might not have traditional political experience — garner media coverage, Chen expects topics such as housing affordability and financial security to arise more frequently. In November, Bush, then a representative-elect, declared on Twitter that “the reality of being a regular person going to Congress” is expensive, particularly when it comes to assembling an appropriate business wardrobe. Other members of Congress jumped in to recommend clothing rental sites or thrifting hacks, practical solutions to a very real problem.

Ocasio-Cortez similarly expressed that her transition period was “very unusual” because she had to live without a salary for three months before she was sworn in. In 2018, she told the New York Times she was concerned about how to get an apartment, saying, “Those little things are very real.”

“Working people absolutely think about housing security or whether they can reinvent their wardrobe to start a new job,” Chen told me. “It’s a useful reminder when it comes to the role class plays, since these are things middle- to upper-class people don’t usually think about.”

The media attention that surrounds the material uncertainty of a handful of representatives might seem excessive, but the lack of such concerns — at least those surfaced by first-time politicians — is perhaps a clearer indication of their wealth and comfort, and it feeds into our expectations of their class status. But as more “regular people” run campaigns and win elections, these very real issues become part of a politician’s story and, to a larger extent, their platform.

“We haven’t changed anything about the way that we fund our elected officials,” Chen said. “It’s the change in media coverage, candidate recruitment, and awareness of what it means to transition into this new lifestyle.”

It took 3 hours for the EPA to tell staff the boss was resigning
Why cops can violate your constitutional rights and suffer no consequences in court
Coping with war and crisis through memes
How anti-Semitism festers online, explained by a monitor of the darkest corners of the internet
Reese Witherspoon and Kerry Washington can’t save Hulu’s Little Fires Everywhere
Who the Electoral College really benefits