The single worst idea proposed at the Democratic debate 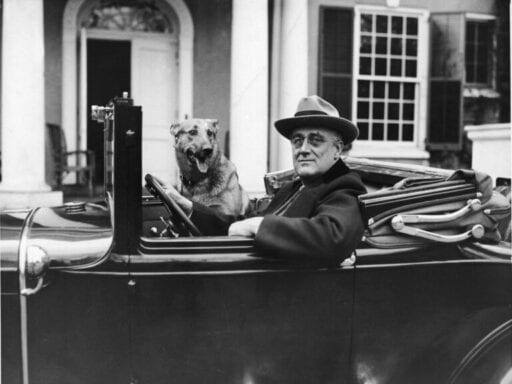 Tom Steyer isn’t exactly the breakout candidate of the 2020 Democratic primaries, but he tried to light a fire under his campaign Wednesday night by proclaiming himself the man to support if you believe in term limits.

“I’m the only person on this stage who will talk about term limits,” Steyer declared, promising that if he’s elected, “You’re going to have to have new and different people in charge.” While Steyer did not specify who he intends to term limit, it’s safe to assume that he was speaking about members of Congress; the president is already term limited.

One problem with this proposal is that it is unconstitutional. As the Supreme Court explained in U.S. Term Limits, Inc v. Thorton (1995), which struck down an Arkansas state constitutional amendment that sought to term limit members of Congress, the “fundamental principle of our representative democracy” is that “the people should choose whom they please to govern them.”

If the people want to elect a representative with a long tenure in office, that is the people’s right.

But even if congressional term limits were constitutional, they would still be a terrible idea. A 2006 report from the National Conference of State Legislatures examined states that imposed term limits on their state lawmakers. It found that term limits tend to increase the influence of lobbyists and lead to a “decline in civility” that “reduced legislators’ willingness and ability to compromise and engage in consensus building.”

Term-limited lawmakers, the NCSL explained, “have less time to get to know and trust one another” and “are less collegial and less likely to bond with their peers, particularly those from across the aisle.”

They also aren’t experienced enough to develop the knowledge and legislative skills they need to govern effectively. Term-limited lawmakers cannot spend enough time learning how the legislature works or mastering difficult policy issues. They also can’t rely on senior colleagues to give them this information because there are no senior colleagues.

Term limits also encourage dishonest behavior by those lobbyists. In a legislature with long-serving colleagues, the NCSL explains, lobbyists depend on “their reputation to effectively do their jobs.” A lobbyist caught “lying to or misleading a legislator” risks “a loss of credibility that quickly ends a lobbying career.” For this reason, lobbyists have an incentive “to use reliable information and provide legislators with all sides of a policy debate” when they know that those lawmakers may stay around for a long time.

In a term-limited legislature, however, a lobbyist caught in a lie only needs to wait a little while and everyone who remembers will be gone. There are no senior lawmakers who can warn their colleagues about dishonest lobbyists who should be avoided. As a result, the NCSL warns, “short-term lobbying goals have come [to] outweigh the importance of long-term credibility.”

But mandatory term limits are a recipe for corruption and incompetence.

The new Brexit deadline will be January 31
36 years ago today, one man saved us from world-ending nuclear war
Trump’s 7 worst statements on the coronavirus outbreak
The 9 most important state legislature elections in 2018, explained
Mischief Managed
What makes a book “unfilmable”?