The Sinner is the rare murder mystery that doesn’t care whodunnit. Instead, it asks, “Why?” 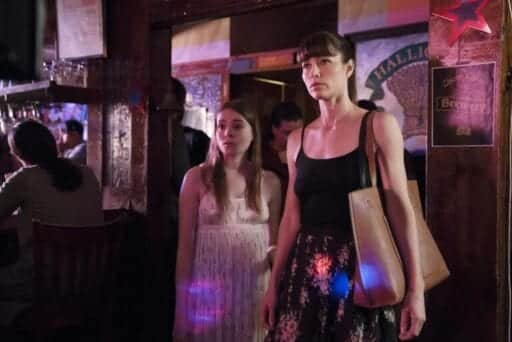 Murder mysteries are a dime a dozen, which means there has to be something exceptional about any new entry in the genre for it to stand out.

The Sinner has got the goods. There’s more to the series — which airs on USA Network and is about to begin its second season — than its ads suggest. (Season one’s marketing campaign featured a single image of star Jessica Biel looking as if she’d jumped into a pool with all her clothes on, and season two’s simply features a young boy.) Though the series faintly touches on the stylized, almost supernatural strangeness that made True Detective so compelling, that’s not its gimmick.

Instead, The Sinner has carved out a singular niche for itself by entirely skipping the question of whodunnit. There’s no race to catch the killer; the show reveals the culprit up front and makes its central pursuit the question of why. This twist on the usual formula makes The Sinner much more meditative than the standard procedural — which is perhaps the reason that season one’s slow burn went largely overlooked — and makes the show worth getting on board with now. Here are three reasons to check it out.

The Sinner is structured like an anthology, setting up a new case each season to be solved by Bill Pullman’s Detective Harry Ambrose. The “sinner” in season one was Cora Tannetti (Biel). In the pilot episode, while on a family outing to a lake with her husband and son, she nearly deliberately drowns herself — and shortly after returning to shore, stabs a man to death. The act is witnessed by everyone on the beach, leaving absolutely no question as to whether or not she’s guilty. She even confesses as soon as the police take her back to the station.

It should be an open-and-shut case, but Cora’s apparent lack of motive leaves everyone on edge. Ambrose goes digging, and as more and more skeletons (literal and figurative) start turning up, the story begins to morph into something bigger. With the challenge of figuring out who committed the murder is removed from the equation automatically, the story shifts from an investigation of a crime into an exploration of an emotional landscape.

That shift in emphasis establishes a specific visual and emotional language for the series. Though season two leaves Cora behind, focusing on Ambrose as he returns to his hometown to investigate a double-homicide committed by an 11-year-old boy, the move is only physical, as the show promises to build upon the foundation set in season one.

The show contains echoes of True Detective, Sharp Objects, and Twin Peaks, which all meld together to form something true to life

The key to The Sinner lies in memories, to the point that the seventh episode of the eight-episode first season is one long flashback. Leading up to that point, scenes and images regularly warp as Cora struggles to remember exactly what would drive her to murder. Crucial patterns in wallpaper seem to writhe with a life of their own, mimicking the way that images and events can blur and shift in our memories with the passage of time.

It’s strange and unsettling for how tangible it makes the science-backed concept that memories are malleable, and, in its exploration of emotional trauma through such a character-focused lens, makes the show into something of a mix between True Detective, Sharp Objects, and Twin Peaks.

What all these series have in common is that they aren’t as interested in the crimes at their center so much as what would prompt them, and the resulting emotional fallout. Traumatic events aren’t erased from the lives of those involved just because the related mysteries are solved. To wit, the details of each one serve to inform the characters and the story rather than just to impress the viewer or get from point A to point B.

It also serves as the crux of the emotional payoff in the season one finale, as it becomes clear that his obsession with Cora (one of his colleagues tells him that she’s like “a spider in your brain”) stems from knowing that they both experience and seek out pain and unhappiness because they believe they’re deserving of it.

The series may be structured like an anthology, but there’s an emotional through-line

Technically, you can jump right into The Sinner season two without having seen season one. But there is more connecting the two seasons than just a title and a lead detective, and you’ll be rewarded with a much richer viewing experience if you start from the beginning.

The first season was a two-hander between Biel and Pullman, with an obvious emphasis on Biel. But the development of Pullman’s character wasn’t just incidental, as per what’s promised by his return to his hometown in season two. Given The Sinner’s focus on the way events stay with us, Cora’s case may be in the past, but the show’s emotional entanglement with it is not.

This detail even factored into Biel’s announcement in May that she wouldn’t be part of season two, as Biel teased that there’s still more to Cora’s story and hinted that she could potentially return to the show in the future.

In the meantime, Ambrose will move on to a new case with the events of season one still lingering in his mind. So though the two seasons so far can be viewed separately, they’re of a larger piece — and there’s likely something lost in translation by skipping over Cora’s story. Plus, narrative arcs aside, the first season is just plain good, and at just eight episodes, it’s hardly an imposition on your to-watch queue.

The Sinner season one is streaming on Netflix. Season two debuts Wednesday, August 1 at 10 pm on USA.

Report: Robert Mueller referred lobbyists, including Tony Podesta, to Manhattan prosecutors
Watch John McCain defend Barack Obama against a racist voter in 2008
The people running the world’s biggest companies have no idea what’s going to happen, either
The North Carolina gerrymandering chaos that could upend the midterms, explained
Trump’s baffling, self-defeating attack on the New York Times
The NYPD unit that snatched a protester off the street has been accosting people for years