The South could still become a summertime Covid-19 hot spot 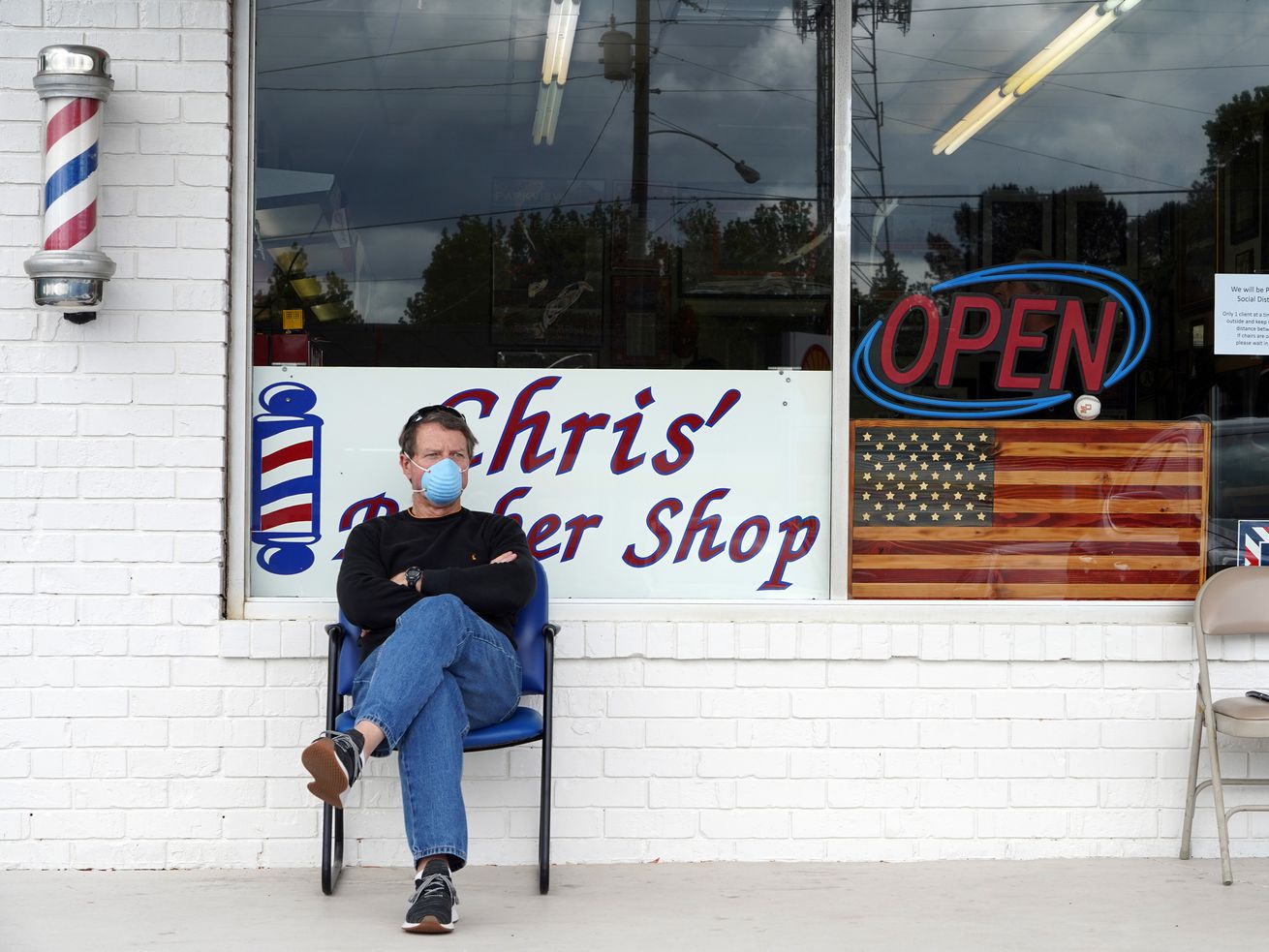 America has made progress on Covid-19 vaccines. But that progress is unequal across the country.

All of a sudden, it seems like America is on the verge of liberation from Covid-19. Nearly half of all Americans have received at least one dose of a Covid-19 vaccine. The Centers for Disease Control and Prevention has loosened recommendations for the fully vaccinated, particularly its mask guidance. States have followed the CDC’s lead, loosening their mask mandates and social distancing requirements.

But experts are increasingly worried that, in the southern half of the country, the return to normalcy could be a mirage and that summer could bring another wave of the virus in parts of the country. “I’m definitely worried,” Saskia Popescu, an epidemiologist at George Mason University, told me.

The concern isn’t about another nationwide surge, but potential state or local spikes. That’s because southern states, including much of the Sun Belt and especially the Deep South, face three distinct disadvantages this summer that other parts of the country don’t.

1) Lower vaccination rates: As the US has pushed ahead in its vaccination campaign, a significant gap between southern states and others has developed. In the Northeast, at least 50 percent of people in each state have received at least one dose of the vaccine, with a few states surpassing 60 percent. In Arizona and Texas, less than 45 percent of people have. In the Deep South, most states haven’t surpassed 40 percent rates — and Alabama, Louisiana, and Mississippi are below 35 percent. That leaves many unvaccinated people who remain vulnerable to the coronavirus.

2) Higher temperatures: While the summer brings outdoor activities for northern parts of the US, it can do the opposite for southern states. As the heat climbs past the 90s and into the 100s, people tend to go into air-conditioned or at least closed-off indoor areas. That’s bad news for the spread of Covid-19, since the virus has a much easier time spreading in indoor, poorly ventilated spaces. This seemed to lead to more spread in the Sun Belt last summer.

“I don’t think people understand how hard it is to be outside in the summer here,” Popescu, who lives in Arizona, said. “Even late at night, it’s like 100 degrees in the summer. So it’s not easy to tell people to go outside. And it’s really hard for businesses, especially restaurants and bars, to keep the doors open, the windows open — it’s like opening the oven door when you’re baking cookies, you get that blast of heat.”

3) Lower adherence to precautions: The first two problems on this list could be mitigated with adherence to Covid-19-related precautions, such as social distancing and masking. But due to the political polarization of such measures, Republican-dominated southern states tend to have lower rates of masking and social distancing than much of the US, based on Carnegie Mellon University’s COVIDcast.

Put these three factors together, and it’s possible that southern states could see a repeat of last summer, when Covid-19 cases at first hit low levels then surged.

It’s not a guarantee by any means. Perhaps enough of the population is vaccinated or has natural immunity, from previous Covid-19 infections, to prevent new surges. Maybe enough people will stay outside, mask up, social distance, and follow other precautions to stop a new wave. Or the higher vaccination rates in other states may keep the virus from creeping into less densely populated regions like the Deep South.

Given that we’ve been in uncharted territory on Covid-19 for much of the past 14 months, there are always surprises. Maybe the surprises this time around could be good (for once).

But just the possibility of summer surges is worrying some experts. The good news, though, is there is a way to avoid these problems — by getting vaccines to more people.

There’s a solution: More people could get vaccinated

Last summer, the world didn’t have a very good solution to Covid-19. There was evidence that lockdowns, social distancing, and masking worked. But these were imperfect — none stopped Covid-19 forever — and, especially with lockdowns and social distancing, required big sacrifices.

By contrast, the vaccines promise a way out. The evidence shows the Covid-19 vaccines almost eliminate the risk of serious illness, hospitalization, and death, and likely cut down the risk of spreading the virus to others. Already, the CDC has said that the vaccinated can shed their masks in most settings, and more changes to guidance could come in the near future.

But the vaccines have also become very polarized. As Robb Willer, director of Stanford’s Polarization and Social Change Lab, told me, “The biggest predictor of vaccine hesitancy is party identification.” Based on Civiqs’ polling, more than 40 percent of Republicans don’t want to get vaccinated, while more than 90 percent of Democrats want to or already have gotten the shot.

This political polarization explains why many southern states, often majority-Republican, have lagged behind on vaccines.

There are solutions. Improving access could push more people over the finish line, given that surveys show some Republicans want to get vaccinated but haven’t yet. Studies show pro-vaccine messaging from Republican leaders could persuade more Republicans to get the shot. Other research suggests incentives, like $100 rewards or dangling the possibility of going maskless, could push more Republicans too (though the financial reward is likely more relevant, since many Republicans have already given up on Covid-related precautions, vaccines or not).

Every level of government, from the Biden administration to governors to mayors, could support all of these efforts — although Biden himself might want to stay a bit quiet about them, given that research suggests pro-vaccine messaging from Democrats can actually make Republicans less likely to get vaccinated.

If they do this right, southern states can guarantee a summer of normal fun. If they don’t, this summer could look far more like last year’s than anyone would like.