The state of the battle for the House of Representatives, explained 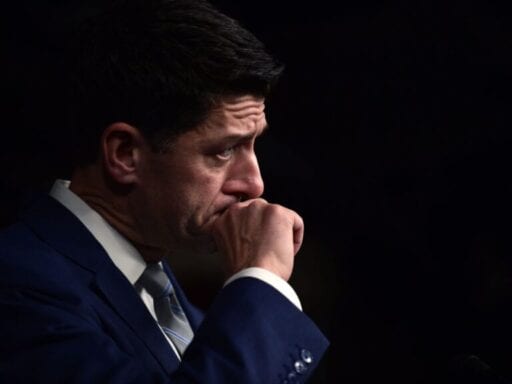 Republicans are playing whack-a-mole in their struggle to keep the chamber.

Three weeks before the 2018 midterms, more than a dozen Republican-held House seats appear to have tipped toward Democrats — and dozens more are in play too, according to polls and expert race ratings. Meanwhile, only a handful of Democrat-held seats appear to be in danger of flipping to the GOP.

The magic number for Democrats is 24: that is, they need to pick up, on net, 24 seats from Republicans to cement a House majority.

Currently, there are not yet that many individual contests in which Democrats are believed to have a solid advantage over GOP candidates. If we exclude toss-up contests and look only at how many races are at least leaning toward flipping, the Cook Political Report currently has Democrats favored to gain 15 seats on net. FiveThirtyEight has them clearly favored to net around 22, which would be agonizingly close.

Yet here’s the thing: There are many more remaining toss-up and other competitive contests — and they’re overwhelmingly in Republican-held districts.

For instance, Cook ranks 53 more GOP-held seats as in play (either toss-up or Lean Republican), and only four Democratic seats. That means that Democrats have a target-rich environment in which to pick up the remaining wins they need — and that the GOP is, essentially, playing whack-a-mole, trying to defeat Democratic challengers who keep popping up in so many places.

Strong fundraising numbers and generic ballot polling are making Democrats confident their candidates have the wind at their backs. Already, they appear to be in striking difference of a takeover. But they still, of course, haven’t quite put this thing away. Here’s the current state of play.

To start off, the consensus among election watchers is that Democratic candidates have already gained a solid advantage in enough districts to pick up at least a dozen seats, on net.

This is one takeaway that’s consistent across qualitative expert analyses like the Cook Political Report (from Cook’s House editor Dave Wasserman, a must-follow for election watchers), model-based forecasts like FiveThirtyEight’s, and recent press coverage such as a New York Times piece listing several races for which Republican outside groups are canceling their ad spending.

To narrow down the races currently deemed most likely to change party control, let’s be conservative and set the bar pretty high. Let’s look at seats that, as of Tuesday midday, 1) are rated “Lean D” or “Likely D” by Cook, and 2) in which FiveThirtyEight’s “Classic” forecast gives the Democratic candidate a more than 75 percent chance of winning.

But these gains would be undercut by the one to three seats Democrats currently are expected to lose.

Depending on how you add these together, it would put Democrats with a net gain of somewhere between 13 and 21 seats. That is, of course, short of the 24-seat net gain they need for a majority.

It’s the next tier of the House map that strikes such terror into the hearts of Republicans, though.

That’s because they have dozens more seats that are either toss-ups or just leaning toward the GOP rather than solidly in their camp. Democrats, meanwhile, have just a handful of their own seats in comparable danger.

Using the Cook ratings for simplicity (the other ratings and models are not quite exactly the same but are generally similar), 53 Republican-held seats are in that next tier — 29 they rate toss-ups, and 24 others they rate Lean Republican.

Democrats have just four comparable seats — the two Minnesota open seats mentioned above, as well as two open seats in Nevada. (Cook doesn’t believe a single Democratic House incumbent is at serious risk of losing at this point.)

The GOP-held toss-ups are:

Beyond that, Cook ranks another two dozen GOP-held seats as Lean Republican:

And even beyond that, there are another two dozen Republican-held seats that Cook says “are not considered competitive at this point, but have the potential to become engaged” — the Likely Republican seats.

So basically, should Democrats pick up the seats they’re already favored in, they’ll have a great many options as they try to cobble together the last few seats they need for a majority. That’s why most believe they’re the favorites to take over control right now — Republicans are, essentially, trying to play whack-a-mole.

The flip side is that if Republicans do manage to come close to running the table in those many toss-ups and Lean Republican races, they would maintain control at this point.

Bearing 2016’s lessons in mind, we should also of course keep in mind that the polls could be off, or that future news could produce a late swing toward either party. But this, it seems, is our best sense of the current state of play: Democrats are within striking distance of a majority, and have many possible opportunities to help them get there, but it’s not a sure thing just yet.

Why summer likely won’t save us from the coronavirus
The upside of a falling stock market
Astrology has almost no science to back it up. But people love it anyway.
The eerie prescience of HBO’s Watchmen
“I feel incredibly exhausted all the time”: 6 families on juggling child care during the pandemic
Why Trump and Pelosi are caught in a bitter, petty game of one-upmanship