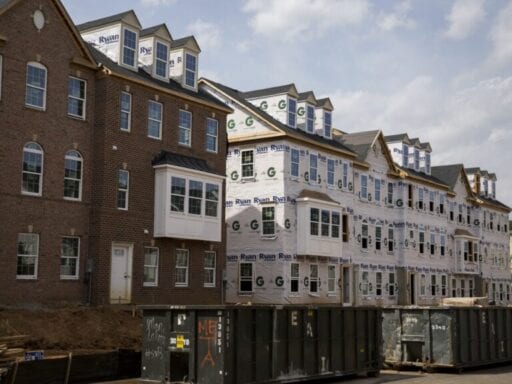 I did not get a chance to attend the YIMBYtown 2018 conference in Boston last week. But while watching it from afar, I was struck by the extent to which leaders in the movement seem absolutely obsessed with gaining the approval and support of existing affordable housing and anti-gentrification activists for their cause. The basic YIMBY (yes in my backyard) thesis, which I endorse, is that high-cost metropolitan areas should revise their zoning rules to allow for more and denser construction, and that this will, among other things, improve the situation for low-income renters and reduce the displacement associated with gentrification.

As a matter of tactical politics, adding affordable housing advocates to the YIMBY coalition is certainly a good idea. But the level of obsession with this goal seems unwarranted by cold-eyed politics.

At the end of the day, if anti-gentrification activists had that much political clout, we wouldn’t see so much gentrification!

The real issue seems to be that most YIMBY people have left-wing political commitments, and their feelings are sincerely hurt when affordable housing advocates and organizers in communities of color don’t agree with them. The views of other actors like labor unions, small-business owners, or simply people who aren’t super-political don’t seem as pressing.

But I think this is both a tactical and a substantive mistake. It’s true that reducing zoning stringency in order to reduce housing scarcity can alleviate the problems of displacement and lack of affordable housing for the poor. But reducing housing scarcity also has a bunch of other benefitsthat should not be sacrificed on the altar of monomaniacally framing reform as a way to advance niche left goals.

The many benefits of housing abundance

Lots of people moved to the city after college, maybe assuming in the back of their mind that they would move away later when it came time to raise kids. But maybe they realized sometime along the way that actually they’d rather not leave the city. But then they started doing the math and realized that the compromises they’d need to make in terms of physical space make them not want to stay in the city after all.

Yet what they’d really like is for a bunch more houses to be built in the city, so a couple of 30-something college graduates could afford to buy a townhouse or condo with three bedrooms and a den in a safe neighborhood.

It’s especially legitimate because the genius of the YIMBY agenda is that “build a bunch of big new places for yuppies to live” doesn’t come at the expense of anyone else. On the contrary, building big new places for yuppies to live prevents the yuppies from doing what my wife and I did — buying an old house and renovating it so that it is now nicer but houses fewer people than it did pregentrification. That’s the anti-displacement piece of it.

But there’s more. Market rate construction means the city’s property tax and income tax base both grow. That’s great news for firefighters, teachers, cops, and other public sector workers because it means the city will actually be able to meet its pension obligations and hire more workers, rather than laying them off.

More — and more affluent — residents is also a huge opportunity for small-business owners to sell things to more people, which is something people like. And both the increased traffic to small businesses and the increased construction itself are jobs engines. Last, but by no means least, higher density means more agglomeration benefits, higher productivity, and ultimately higher wages.

In short, the idea that we should change the rules across a whole city (or, even better, a whole region) to allow more construction, rather than arguing project-by-project, isn’t a niche solution to the niche issue of housing low-income people. It’s a broad agenda for city-wide prosperity that has diverse benefits for a huge range of people. And advocates should say so.

8 ways to go out and stay safe during the coronavirus pandemic
Bill Barr and Elizabeth Warren find a common enemy: Google
Gerrymandering is bad for democracy. The new doc Slay the Dragon shows how to fight it.
Trump’s White House is doing a bad job contact tracing its Covid-19 cluster
The Quarry is a slow-burn Western about guilt, racism, and salvation on the US-Mexico border
In these uncertain times, Degrassi is the ultimate comfort