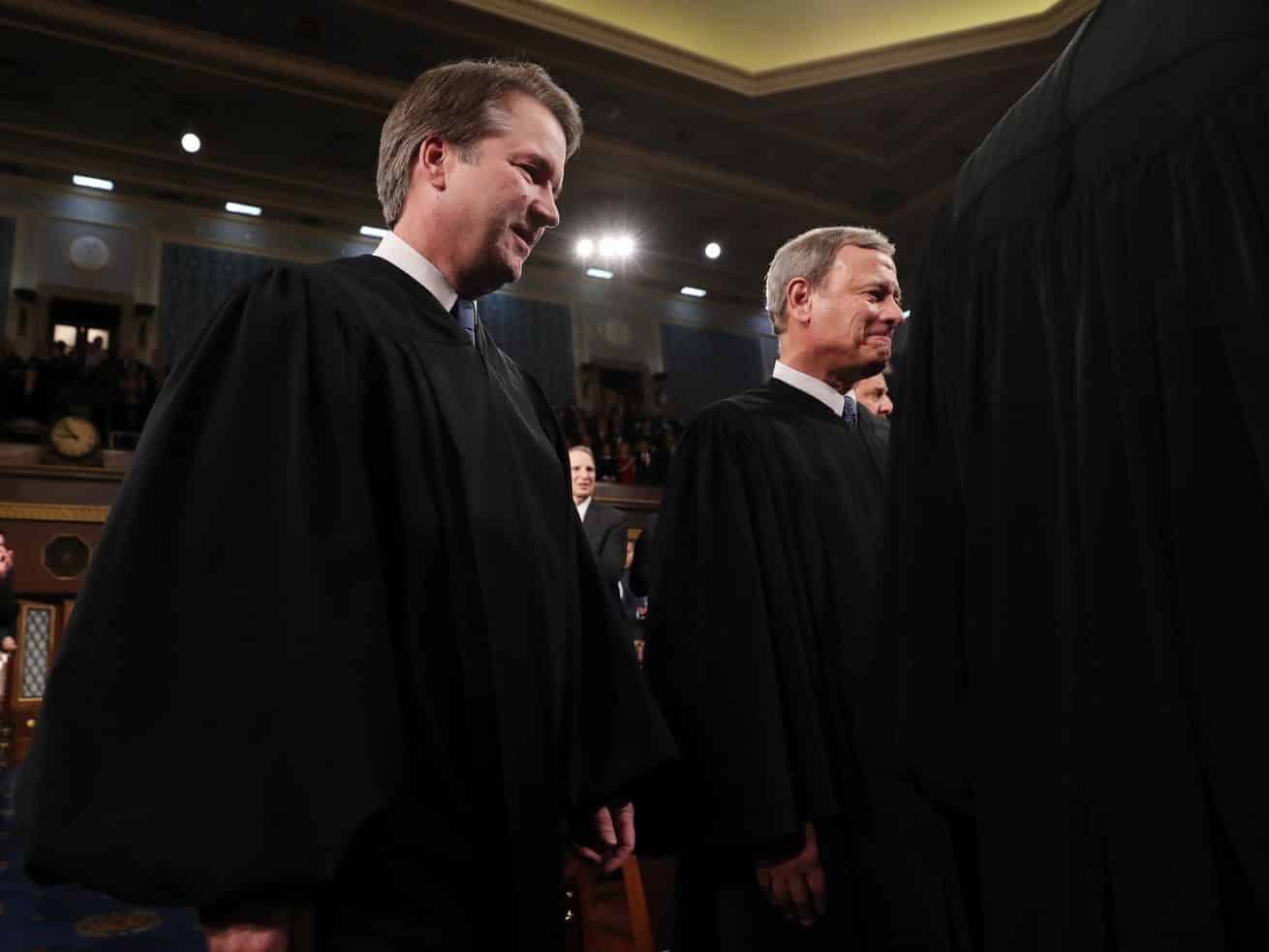 Roberts and Kavanaugh both signaled that they are likely to vote with the liberal justices to save the law.

At least five members of the Supreme Court appeared likely to reject the latest attempt to convince the justices to repeal Obamacare, during oral arguments that took place Tuesday morning.

Though a minority of the Court appeared inclined to strike down the Affordable Care Act — Justice Samuel Alito played his frequent role as the Court’s in-house advocate for conservative outcomes — both Chief Justice John Roberts and Justice Brett Kavanaugh fairly explicitly rejected a key prong of the plaintiffs’ arguments in California v. Texas.

The Texas plaintiffs argue that if a single provision of the Affordable Care Act is struck down — a provision, it’s worth noting, that does nothing — then the entire law must fall with it. But both Roberts and Kavanaugh said they were very skeptical of that prong of the argument.

As originally enacted, the Affordable Care Act requires most Americans to either carry health insurance or pay at least $695 in additional taxes every year. This provision, known as the “individual mandate,” was upheld as a valid exercise of Congress’s power to levy taxes in NFIB v. Sebelius (2012).

In the 2017 tax law signed by President Trump, Congress reduced the tax penalty for failing to buy insurance to zero dollars, effectively repealing the individual mandate. Nevertheless, the law still contains inoperative language saying that most Americans “shall” obtain insurance.

The plaintiffs, who include 18 red states led by Republican attorneys general, argue that this toothless mandate is unconstitutional. If the fully operative mandate was valid as a tax, they claim, a zero-dollar tax is no tax at all.

There may well be five justices who agree with this argument. But a majority of the Court is likely to reject the plaintiffs’ accompanying and more outlandish claim: that if the zeroed-out mandate is struck down, then the whole law must fall along with it.

The bottom line, in other words, is that the Affordable Care Act appears likely to survive — with the possible exception of the non-functional mandate.

If a court strikes down one provision of a broader statute, it sometimes must ask whether additional provisions of the statute must fall along with the offending provision. This inquiry is known as “severability,” and it is normally a speculative inquiry. The court must ask what hypothetical law Congress would have enacted if it had known that a specific provision is invalid.

This conclusion is bolstered by the Supreme Court’s precedents, which hold that courts must apply a very strong presumption in favor of saving as much of a law as possible. As Alito wrote for the Court in Murphy v. NCAA (2018), “In order for other … provisions to fall, it must be ‘evident that [Congress] would not have enacted those provisions which are within its power, independently of [those] which [are] not.’”

Though the three liberal justices — Stephen Breyer, Sonia Sotomayor, and Elena Kagan — said less about severability on Tuesday than some of their colleagues, it’s hard to imagine any of these Democratic appointees voting to strike down Obamacare. The plaintiffs’ arguments in Texas are so radical that they are rejected even by many leading critics of the Affordable Care Act. Even the Wall Street Journal’s editorial board, a bastion of opinion writing friendly to the GOP, labeled this lawsuit the “Texas ObamaCare Blunder.”

That means that if two other justices vote to save Obamacare, the law will survive.

Both Roberts and Kavanaugh signaled clearly that they believe even if the zeroed-out mandate is struck down, the rest of the law can be severed and therefore should be upheld. ”It’s hard for you to argue that Congress intended the entire law to fall if the mandate was struck down,” when Congress didn’t repeal the whole act, Roberts told Texas Solicitor General Kyle Hawkins at one point.

Similarly, Justice Kavanaugh told former US Solicitor General Donald Verrilli, one of the lawyers defending Obamacare, “I agree with you that this is a straightforward case for severability under our precedents, meaning that we would excise the mandate and leave the rest of the act in place.”

So it sure looks like there are five votes to save Obamacare.

That means that the at least 20 million individuals who depend on Obamacare for their coverage can probably heave a sigh of relief. This attempt to repeal Obamacare in its entirety is likely to fail — although the Court has signaled that it intends to make significant incursions on the Affordable Care Act in other cases.

But the mere fact that this case was taken seriously by lower court judges and, ultimately, by at least some members of the Supreme Court, is a sign of just how far to the right the federal judiciary has moved. As Yuval Levin, a prominent conservative policy wonk, wrote in National Review, the Texas lawsuit “doesn’t even merit being called silly. It’s ridiculous.”

Yet this ridiculous argument made it all the way to the Supreme Court. And while there are very likely to be five votes on the Court to save Obamacare, it is also likely that at least some justices will vote to repeal the law.

Twitter is banning political ads. Nonprofits like mine could suffer.
Why Big Oil should be worried after a day of reckoning
The #MeToo movement and its evolution, explained
How Mike Pence enabled Donald Trump’s botched Covid-19 response
These candidates were accused of sexual misconduct. They’re running again in 2020.
A Republican effort to sabotage Obamacare was just rejected by the Supreme Court