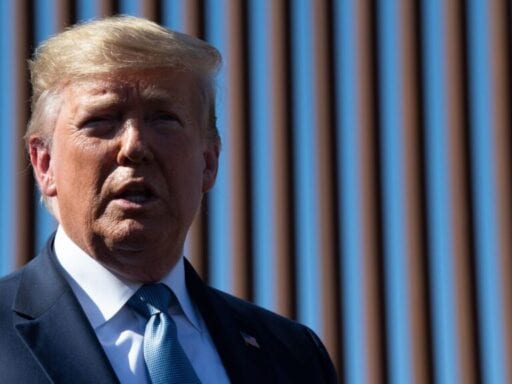 It’s the biggest immigration case that no one is paying attention to.

One of the few remaining cases at the Supreme Court this term could have sweeping, immediate implications for the immigration enforcement system, potentially allowing the Trump administration to deport tens of thousands of immigrants living in the US with little oversight.

The case, Department of Homeland Security v. Thuraissigiam, concerns immigration officials’ authority to quickly deport migrants who don’t express fear of returning to their home countries, which would make them eligible for asylum. The process, first enacted in 1996 and known as “expedited removal,” takes weeks, rather than the typical years it can take to resolve a full deportation case, and does not involve a hearing before an immigration judge or offer immigrants the right to a lawyer.

The justices will soon decide whether immigrants have the right to challenge their expedited removal in federal court, which advocates claim is a necessary check on immigration officials to ensure that migrants with credible asylum claims aren’t erroneously turned away and have access to a full and fair hearing.

Until recently, only a small number of immigrants who had recently arrived in the US could be subjected to expedited removal. But President Donald Trump has sought to vastly expand US Immigration and Customs Enforcement’s power to use expedited removal as a means of deporting any immigrant who has lived in the US for up to two years, potentially affecting an estimated 20,000 people.

The stakes of the case at the Supreme Court, therefore, are higher than ever. But if the justices rule in the government’s favor, Trump will be able to massively scale up his immigration enforcement apparatus while going largely unchecked.

“Trump has made it very clear that ICE has the authority to use this process throughout the entire country,” Kari Hong, a professor at Boston College Law School, said. “They could start stopping anyone at anytime on any suspicion that they have committed an immigration violation and deport them. I don’t think it’s unreasonable [to predict] that ICE agents will target dark-skinned individuals.”

Full deportation proceedings are lengthy by design: Immigrants have a right to seek protection in the US and should be afforded a full opportunity to do so. Under expedited removal, however, that process is condensed to a matter of weeks, which most immigration attorneys say is not conducive to building a legal case in their favor.

If a migrant arrives in the US without authorization and expresses fear of persecution in their home country, a US Customs and Border Protection agent will first determine whether to refer them to an asylum officer in US Citizenship and Immigration Services for a screening known as a “credible fear” interview.

If they pass that screening, they can fight their deportation in immigration court, where they will typically have a short, initial hearing before a judge and a government attorney to learn about their rights and how their case will proceed. They are usually given time to retain a lawyer and prepare their case, which includes gathering documents attesting to experiences that might make them eligible for relief from deportation or protections under the asylum system or international torture agreements.

They then have to wait for another hearing in which they actually argue why they should be permitted to remain in the US before an immigration judge makes a decision in their case. Immigrants with currently pending cases have been waiting almost two years on average for that second hearing, according to the most recently available data.

These exhaustive proceedings in immigration court, however, are only accessible to migrants if a CBP agent initially refers them to an asylum officer — otherwise, they might face expedited removal, in which they can be deported without ever setting foot in a courtroom or seeing a lawyer. And historically, CBP agents have failed to identify and refer every migrant who claims fear of persecution in their home country to asylum officers, allowing people with potentially valid asylum claims to fall through the cracks, Shoba Sivaprasad Wadhia, a professor at Pennsylvania State Law, said.

How the case could impact Trump’s efforts to expand deportations

Though enacted in 1996, expedited removal was used sparingly until the Obama administration. President Donald Trump has sought to expand it even further.

Since 2004, the US has only been able subject a small proportion of migrants to expedited removal: namely, individuals who are arrested within 100 miles of a land border within two weeks of their arrival. But the Trump administration published a rule last year that also includes immigrants found anywhere in the US if they arrived within the last two years, a substantially larger group.

A federal appeals court in Washington, DC, upheld the rule earlier this week, finding that Congress had offered the Department of Homeland Security “sole and unreviewable discretion” over whether to expand the scope of expedited removal. The ruling gives US Immigration and Customs Enforcement a green light to sweep communities across the country for unauthorized immigrants and deport them quickly.

“ICE is already in the streets, in churches, at hurricane checkpoints, on Greyhound buses — they are out in front,” Hong said. “Some communities in our country could see an even higher presence.”

If the administration prevails in the Thuraissigiam case at the Supreme Court, as well, it’s liberal use of expedited removal could go unchallenged — even when the government uses the process to wrongfully deport someone with valid asylum claims.

A Clinton-era immigration law known as the Illegal Immigration Reform and Immigrant Responsibility Act (IIRIRA) bars immigrants from challenging their deportation under the expedited removal process. But Vijayakumar Thuraissigiam — an asylum seeker from Sri Lanka who claims that the government wrongfully subjected him to expedited removal — has argued in his case at the Supreme Court that the law is unconstitutional and that courts should have the power to review immigration officials’ decision to place him in expedited removal.

Thuraissigiam is a Tamil, an ethnic minority that has been subject to human rights violations in Sri Lanka. Government officials had abducted him, beat him, tortured him with simulated drowning and threatened to kill him, and on that basis, his asylum claim would seem to pass muster.

He therefore wants a federal court to review his expedited removal. But the Trump administration has countered that he has no right to challenge the process under the Constitution or federal law and that to allow migrants to do so would overwhelm the government’s resources.

In reality, Thuraissigiam’s case is unusual — few migrants have the legal knowledge or resources to file an action in federal court challenging their deportation. But if the government faces no possible repercussions for wrongfully subjecting migrants with legitimate asylum claims to expedited removal, it will have no incentive to prevent mistakes from happening.

6 things the Federal Reserve can still do to fight the recession
The TikTok drama shines a spotlight on the rare tech investor who is backing Trump
A historic new Congress has just been sworn in
Meet the man adapting your favorite childhood book
Private debt collectors can seize stimulus checks. Some states are trying to stop them.
The fatal arrest of Manuel Ellis, another black man who yelled “I can’t breathe,” explained