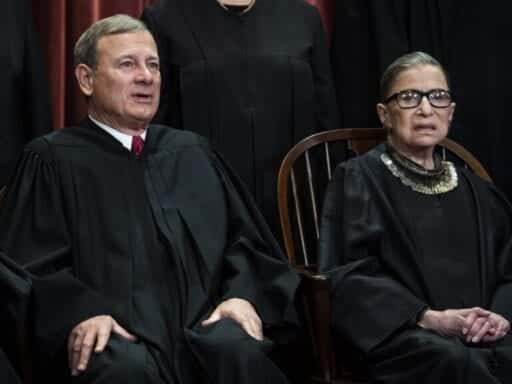 Several of the justices are older and therefore potentially vulnerable to the disease.

Covid-19, the disease caused by the coronavirus, is especially dangerous for older people, and several members of the Supreme Court are in that age bracket. Justice Ruth Bader Ginsburg is 86, and Justice Stephen Breyer is 81. Justice Clarence Thomas is 71, and Justice Samuel Alito turns 70 next month.

The Supreme Court’s announcement also states that the building “will remain open for official business, and case filing deadlines are not extended under” the Supreme Court’s rules. So it appears the justices plan to continue to work and to receive briefings on pending cases.

It is unclear, however, whether the Court will still hold oral arguments on a raft of cases it planned to hear later this month. Those cases include several matters that are likely to interest the public, including several major religion cases and a trio of cases that could potentially give President Trump sweeping new immunity from congressional oversight or from criminal investigations.

Shortly after the Supreme Court announced that it would close its building, the chief judges of the federal trial and appeals courts in Washington, DC, also announced that they were closing their buildings to all except for “judges, court staff, members of the media, and visitors with official business with the courts.”

What happens if a presidential nominee gets the coronavirus?
Hand sanitizer was one of the most sought-after products on the market, even before the coronavirus ...
Atlanta police shot and killed a 27-year-old black man outside a Wendy’s drive-through
John Cornyn becomes the latest Senate Republican to ramp up criticism of Trump
Here’s where all the 2020 Democrats stand on impeachment
Protesters confront Homeland Security chief Kirstjen Nielsen at Mexican restaurant