The Supreme Court will not review the case of Adnan Syed, subject of Serial podcast 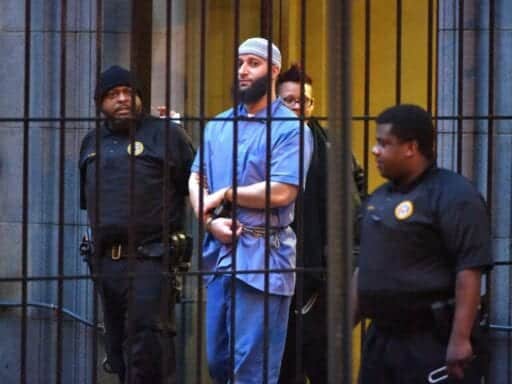 The Supreme Court announced on Monday that it will not hear Syed v. Maryland, a case that received national attention after Adnan Syed, the petitioner in that case, was featured in the podcast Serial in 2014.

In 1999, Syed was convicted of murdering his ex-girlfriend, Hae Min Lee. He was a high school senior at the time of the murder.

Prosecutors claimed that the murder occurred between 2:15 and 2:35 in the afternoon. In his petition asking the Supreme Court to hear the case, Syed’s attorneys say that a witness, Asia McClain, says that she spoke to Syed in the high school library during this timeframe. Thus, Syed may have an alibi — if he was in the library during the murder, he couldn’t have killed Lee.

His lawyer, however, never called McClain to the witness stand. According to Syed’s petition, that lawyer “failed to contact McClain and never followed up on McClain’s offer to identify other witnesses who saw Syed at the library at the time of the murder.” Instead, the lawyer “argued that because Syed attended track practice on most days after school, he likely did the same on the day that Lee was killed.”

Although lower courts agreed with Syed that he received constitutionally inadequate representation at trial, Maryland’s highest state court voted 4-3 against Syed. Syed asked the Supreme Court to review this state court decision, and to consider whether he received ineffective assistance of counsel, in violation of the Constitution’s Sixth Amendment.

The Supreme Court did not explain why it denied Syed’s petition asking it to review the case, and the Court’s denial of that petition does not mean that the justices believe that Syed’s lawyer behaved adequately — the Court takes only several dozen cases every year, and it rarely takes a case solely because it believes that a lower court erred.

As a practical matter, however, the Supreme Court’s decision not to hear this case means that Syed is likely to serve his life sentence — though he could still seek relief from a lower federal court in a federal habeas proceeding.

A disgraced evangelical leader returns to ministry after #MeToo. He won’t be the last.
Get ready for Halloween as the Vox Book Club reads Mexican Gothic
Trump’s demand for Ginsburg and Sotomayor to recuse themselves, briefly explained
The longest lunar eclipse of the century will be on July 27
500 migrant kids have been reunited with their parents. Thousands are still caught in the system.
The only reason that Trump hasn’t been indicted is that he’s the president