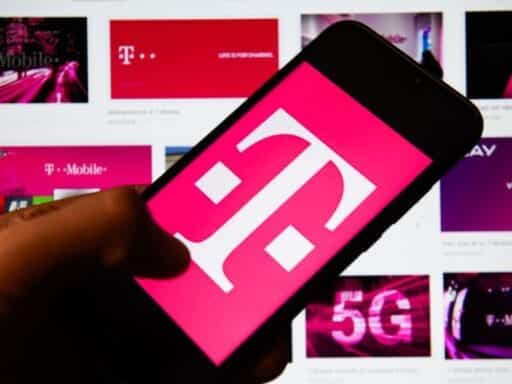 Share
Loading...
The Department of Justice has blessed the merger between Sprint and T-Mobile. | Photo illustration by Omar Marques/SOPA Images/LightRocket via Getty Images

Competition among the four big wireless carriers kept prices low for years. Now the Trump administration, along with a federal judge, approved a plan to shrink that number to three.

A federal judge blessed a merger between Sprint and T-Mobile on Friday, which would reduce the number of big wireless carriers in the US from four to three. The Department of Justice says that it will be good for consumers.

The key to that confusing argument: The deal is supposed to create another big wireless carrier, more or less from scratch, which would bring the number of competitors back to four.

And if that logic confuses you — why build a new company to create competition when you could just keep the ones you have and let them continue to compete? — then you are not alone. A group of state attorneys general had sued to block the merger.

This is a deal that T-Mobile and Sprint have tried to put together for years, but have continually been blocked because of antitrust concerns. Now they’re almost there, though they still need the blessing of the California Public Utilities Commission.

If the deal does go through, it will be meaningful to you, a person who uses wireless services every day.

Who wins and who loses

Sprint and T-Mobile — which are owned by Japan’s SoftBank and Germany’s Deutsche Telekom, respectively — have been trying to make this combination happen forever. But they’re not the only ones who want the deal: Everyone from AT&T to Verizon to wireless investors and analysts has been rooting for the merger.

That’s because growth in the wireless business has been slowing for years, and wireless service is more or less a commodity. With some exceptions, the big carriers all deliver the same basic service, which means they have to compete on price, or by throwing in freebies like Netflix subscriptions, which T-Mobile has done.

Here’s an ugly but effective chart from the Bureau of Labor Statistics’ Consumer Price Index, which shows you what’s been happening to wireless pricing over the past decade:

If you’re a wireless operator or someone who owns a wireless operator, you would like less competition and less incentive for the carriers to undercut each other, and for the trendline of that chart to stop drooping. In other words: That would be good for them and bad for you.

That’s why the Obama administration blocked an earlier version of this deal, and why President Trump’s Department of Justice also initially objected to it, as it noted last year: “The combination of T-Mobile and Sprint would eliminate head-to-head competition between the companies and threaten the benefits that customers have realized from that competition in the form of lower prices and better service.”

But now the DOJ says it has an answer: It has gotten Dish Networks, the satellite TV service, to agree to build a new wireless service, using some assets and subscribers from T-Mobile and Sprint — if you use Sprint’s “prepaid” wireless plans and brands, like Boost, you will eventually become a Dish subscriber instead — as well as wireless spectrum Dish has been stockpiling for years.

In theory, adding Dish to the mix will mean that competition won’t be reduced even if T-Mobile and Sprint merge. The agreement also includes other items meant to ensure that consumers won’t get screwed: While Dish will take years to build its own service, it will be able to resell T-Mobile’s service under its own name for seven years. And T-Mobile has agreed not to raise prices for the customers of the combined T-Mobile/Sprint for three years.

But there is a lot of skepticism that Dish can really build its own wireless service, or even that it wants to: As wireless analyst Craig Moffett notes, for years, Wall Street has been valuing Dish solely because of its spectrum, with the hope that another company would buy it for those assets. (While Dish has 12 million subscribers to its TV and digital video services, those numbers have been shrinking, and the conventional wisdom is that Dish will throw in the towel on that pursuit eventually.)

The idea that Dish will be able or willing to build its own effective wireless competitor — which would require many billions of dollars to get off the ground and billions more each year to maintain — “is not credible,” Moffett wrote in a note this week.

What politicians are doing about it

More cause for skepticism: Like recent federal regulatory actions affecting tech and media companies, this one at least looks likes it has been influenced by politics.

As the Wall Street Journal notes, while both Democratic and Republican state attorneys general had initially opposed the deal, Republicans eventually agreed to support the merger, while Democrats challenged it in court.

Parties that want to see the merger go through have been strategic about managing their relationships with Trump and his administration since he took office.

SoftBank CEO Masayoshi Son, who owns Sprint, has made a point of courting Trump, most notably by playing up plans for SoftBank to invest in the US.

Before he was elected, Trump did once feud (on Twitter, obviously) with T-Mobile CEO John Legere:

“@JohnLegere: .@naughtoriousBIG @realDonaldTrump u am sure Dinald is proud to have your support” Are you drunk John? Also, T-Mobile sucks!

But since Legere and his executives announced the most recent merger, they have spent a lot of time at Trump’s International Hotel in Washington, booking 52 nights at Trump’s property and spending some $200,000 there. T-Mobile says its hotel choices have nothing to do with the deal.

Last year, the DOJ’s approval of the Sprint and T-Mobile’s deal came at the same time that the Federal Trade Commission split along party lines about a decision to punish Facebook for privacy violations: Republicans approved a $5 billion fine, while Democrats wanted something much bigger, plus significant structural changes to the way Facebook operates. And it came after Trump’s regulators approved Rupert Murdoch’s deal to sell many of his Fox assets to Disney but tried unsuccessfully to prevent AT&T from buying Time Warner, whose assets include CNN, a favorite Trump target.

How Trump could theoretically get his Facebook back
The best $2,000 I ever spent: Whatever my grandmother needed this year
Marvel’s Black Panther 2 will be released in 2022
Joe Biden’s health care plan, explained in 800 words
Impeaching a Supreme Court justice, explained
MyPillow CEO Mike Lindell is banned from Twitter