The techlash is real, and Silicon Valley should be worried, says BuzzFeed’s Ben Smith 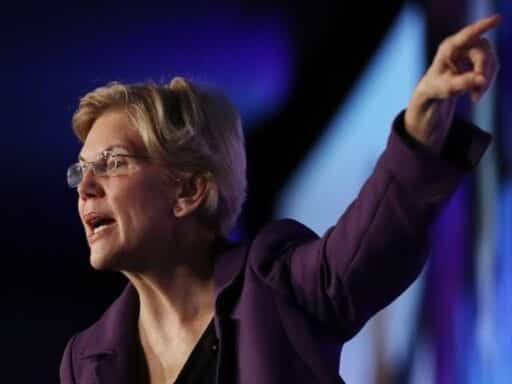 “I think there is a real possibility that these companies get broken up.”

Tech CEOs and their underlings have spent the past few years apologizing in Washington. Google paid a fine. Facebook paid a very big fine. Donald Trump is yelling at Silicon Valley. So is Elizabeth Warren.

But will anything else come out of the techlash?

Several investigations are targeting big tech companies, and lawmakers have proposed lots of legislation. But there’s also plenty of inaction, and no clear sign that regular people are upset with Big Tech — or at least, there’s no clear sign they are willing or able to stop using Big Tech’s products.

Which makes we wonder if anything really significant will come out of the techlash that fundamentally changes how tech companies operate.

The editor-in-chief of BuzzFeed News thinks the techlash is real, and that politicians and regulators are gearing up for a lengthy battle. And he thinks that the tech giants, as powerful as they are, may be in real trouble: “I’ve almost never seen a situation in which you have an industry this powerful and important with no friends … I think there is a real possibility that these companies get broken up.”

Smith made that type of prediction in a conversation I had with him at the Texas Tribune Festival, which you can now hear as a Recode Media podcast. We covered a lot of ground on this one, from the way political coverage has evolved following the 2016 election — “I think the moment has really changed” — to the painful layoffs his company went through earlier this year, as BuzzFeed retrenched after years of go-go growth — “I think it forced us to think about, what are we really good at? Where are we winning, where are we playing to win?”

You can read a snippet of our conversation about Big Tech vs. Washington below, and you can listen to the entire chat here. For context: This passage follows a discussion about recent moves by Facebook and Snap — but not Google — to pay some publishers directly for the right to display their news stories, and the media’s relationship with tech giants in general.

Ben Smith: And I think Google, right now — if you talk to the guy who runs news at Google, Richard Gingras — will give you a long, long and thoughtful explanation of how this is against their values and their principles, and they’ll never do it. Just the same way they were explaining how taking Alex Jones off the platform was, you know, they would love to, but it was against their principles, and they could never do it. And, that’s just true until the day it’s not.

Ben Smith: I think the media guys were right. It just took a while.

Peter Kafka: Were they right? Or is it just, politically now, this is just a way to get media organizations, which are influential and, by the way, cover you …

Peter Kafka: … to be less angry at you.

Ben Smith: I love how people in the tech world say “politically”, like it’s an afterthought.

Peter Kafka: It has been, in Silicon Valley.

Ben Smith: It has.

Peter Kafka: Up until …

Ben Smith: Yeah. Not anymore. I mean, I think another way to view it is that, there might turn out to … If they make decisions that are like, “Hey, we’re going to try to destroy this very important American industry, the news industry,” that that might have consequences for them. I don’t think that’s crazy. I think that’s starting to be true.

Peter Kafka: But, you could say that for any industry [tech has] disrupted and continues to disrupt, and generally they plow ahead.

Ben Smith: Well, they do, but I think you’re starting … I just think obviously there’s been a huge change in the climate in which they’re operating.

Peter Kafka: You’re a techlash believer. You don’t think that’s something that we’ve cooked up in New York, in Washington?

Ben Smith: I’m not a techlash believer in the sense that, it’s not driven by polls … I think people misunderstand the notion that there’s a political backlash — like, “now everyone on the street hates Amazon.”

Peter Kafka: Everyone loves Amazon. I mean, Amazon would be the most disruptive company there.

Ben Smith: The backlash is that, the people in Washington who actually make regulatory decisions … Democrats see these companies as sort of unscrupulous capitalists who, by the way, elected Donald Trump. Republicans see them as a liberal conspiracy to screw them. And so, I’ve almost never seen a situation in which you have an industry this powerful and important with no friends. I think it’s incredibly different. Apple was the exception to this, actually, but the others are just in this crucible in DC. It’s really brutal.

Ben Smith: No, I don’t think that. I think that’s totally wrong. If you talk to, like, Elizabeth Warren — and Bernie Sanders — camp people who have recently gone in and met with the Justice Department lawyers who are deciding whether they want to try to break these companies up or just impose a new regulatory regime, they’re totally on the same page.

Peter Kafka: But, if you go talk to Josh Hawley, he’s talking about the fact that Facebook is supposedly suppressing free speech …

Peter Kafka: … and it’s totally made up …

Peter Kafka: And, you think they will end up in the same place, and there will be actual regulation and real, meaningful effects?

Ben Smith: I think there is a real possibility that these companies get broken up. Google in particular. I think that’s not a joke.

The first episode of Michelle Obama’s podcast proves it’s fun to just hang out with the Obamas
Kentucky’s Republican governor Matt Bevin lost reelection, but isn’t conceding just yet
Vox live results: Republicans are leading in several close Senate elections
Why on earth is Biden’s DOJ backing Trump in a rape denial case?
Watch how the climate could change in these US cities by 2050
Trump’s middle-class tax cut is a fairy tale that distracts from the real midterm stakes