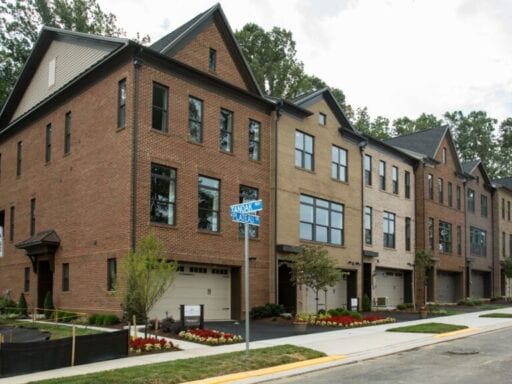 Ibraheem Samirah, a Democratic member of the Virginia House of Delegates who represents portions of DC suburbs in Fairfax and Loudon Counties, has an idea: legalize “duplex” houses on all residential land throughout the state.

The proposal, intended to ameliorate housing shortages, is similar to ideas recently adopted by several West Coast states. And it has provoked an immediate backlash — driven less by economic analysis than by defensiveness about the sense that suburban lifestyles are under attack.

Though the proposal is striking in its breadth, applying without exemption to all communities in Virginia, it’s actually modest in its practical implications when you peer under the hood. And again, it’s not the first of its kind: Oregon adopted a measure this past summer that eliminated exclusive single-family zoning across the bulk of the state. California has adopted a series of laws encouraging “accessory dwelling units” that accomplish something similar. And further proposals for statewide land use reform are now endemic on the West Coast.

But the Virginia push is also an important statement. Until Samirah introduced his bill, these ideas have not been a major part of the discussion in the expensive areas of the Northeast.

Systematic shortages of housing are liberal America’s greatest policy failing. And though these shortages are partially caused by geography and economic vibrancy, they are also the result of regulatory failures. Zoning laws and other aspects of land use policy make it too hard to build new homes. Of course, that’s exactly what people on the right fear from progressive governance of the economy: too much regulation. In other words, though it’s a young, first-term Democrat proposing duplexes with the intent of addressing social injustices, the solution itself is a deregulatory one.

Kriston Capps, who wrote up Samirah’s proposal for CityLab, quoted a favorable analysis by the Mercatus Center at George Mason University.

“The idea is to require every jurisdiction in the state to allow a little bit more density, which has some big advantages politically, in terms of not requiring any one place to undergo big changes,” Mercatus’s Emily Hamilton said, offering the kind of deregulation analysis you’d expect from a pro-free-market outfit like Mercatus. “It’s a fairer way to allow more housing to be built.”

But not everyone on the right is convinced that central planning of a critical sector of the economy might be a source of problems. Luke Rosiak, a Daily Caller writer and author of a new book alleging a deep state conspiracy against Trump, warned darkly of a war on the suburbs.

State laws in Oregon and Virginia would override local officials to add high-density housing and public housing in every neighborhoodhttps://t.co/pezABihrFK

Pressed by Capps to acknowledge that allowing some plots of land to host two dwellings rather than one is hardly the end of suburbia, Rosiak reiterated his opposition with a heavy dose of identity politics, complaining that under Samirah’s proposal “everything you like about your day to day reality in quiet suburbs would be forcibly taken away from you.”

Deregulation, in this view, is a plot by “soy boys” to destroy rugged individuality.

They say you either work in industrial agriculture, or live in city

In a literal sense, this all massively overstates the practical stakes in the legislation. But it’s also an object lesson in how rhetorical strategies designed to overcome left-wing opposition to useful market-oriented policies can backfire by provoking conservative opposition to them. It’s an example of how almost all politics is, at some level, identity politics. And it’s a sign of a larger trend in conservative thought, where some populist currents are calling to rethink the free market take on everything from private equity to pornography — so why not housing too.

In the United States of America, land use decisions — rules about zoning, parking, building size, lot occupancy, and other issues — are typically made at the local level, often a very local level. And on the local level, having a construction project right by your house is annoying and having increased residential density in your immediate environs is likely to lead to more traffic and less abundant parking.

Consequently, local policymakers tend to be biased toward allowing less rather than more housing — the spirit of “not in my backyard.”

In much of the country, the impact of NIMBY policies, though real, is modest. But in coastal California, the Northeast Corridor, and to an extent the Denver and Miami metro areas, the impact is much larger. These are places where geography and the existing size of the cities has constrained further sprawl, meaning that if new homes don’t go in someone’s backyard, they don’t really go anywhere. The result is housing shortages, sky-high prices, and limited economic opportunity. (I wrote a short book about this if you’re interested.)

In recent years, a countermovement — “yes in my backyard” — has arisen and gained particular strength on the West Coast and especially in the cities of San Diego and San Francisco. Since ground zero for organized YIMBYism is the very left-wing political terrain of the Bay Area, the movement is very interested in answering objections from the left to the push for housing deregulation — which is, on some level, a slightly banal conservative argument that overregulation creates problems.

That’s involved efforts to distinguish YIMBYism from libertarianism by endorsing big investments in public or subsidized housing (an element of all the Democratic presidential candidates’ housing plans). It has sometimes meant assuaging concerns about gentrification by creating carve-outs for “sensitive communities.” And it has definitely involved a lot of rhetorical emphasis on the racist origins of America’s zoning policies. This is, itself, a theme that I first learned of from people on the right who were trying to make the point that progressive ideology is not as racially egalitarian as its proponents like to believe (you can find a contemporary example of that style of argument here from the Foundation for Economic Education).

But Rosiak’s reaction — annoyance at people on the left who talk too much about racial justice and who must therefore be doing something bad — is in some ways more in keeping with the spirit of the contemporary right.

What the bill actually does

A critical distinction that often goes missing in upzoning debates is that bills that would “end” or “ban” single-family zoning don’t end single-family homes or neighborhoods that are primarily composed of them.

Samirah’s bill would require all localities in Virginia to allow duplexes — two-unit dwellings in a single structure — on all residential land. That’s a big deal. But Samirah isn’t touching other regulations that limit the size of buildings or require the provision of off-street parking, both of which bias US home construction toward single-family houses. So in a practical sense the built environment of Virginia wouldn’t necessarily look very different under his proposal.

The amount of density allowed in theory would double, but in practice it would increase by much less than that. People would be allowed to take existing homes and divide them into two family dwellings, but in most cases they probably wouldn’t — it’s just that they’d be allowed to if they for whatever reason wanted to.

In theory, anti-density rules are an example of costly regulation — the sort of thing people on the right should oppose.

In practice, contemporary American politics has become sharply polarized along the lines of population density. Central cities and the inner suburbs of large cities are where Democrats live. Small towns, outer-fringe suburbs, and the suburbs of small cities are where Republicans live. And one way of conceptualizing the YIMBY/NIMBY debate is that the NIMBYs are saying low-density is good and valuable and should be protected while the YIMBYs are saying that it is bad and should be changed. With conservatives increasingly clustered in low-density areas and progressives in high-density ones, YIMBYism is thus read as an assault on conservative values and conservative communities and an affirmation of progressive ones.

In the specific context of overwhelmingly Democratic California where the YIMBY/NIMBY wars are most politically mature, this is probably a helpful dynamic for YIMBYs.

And in a state like New York that is also overwhelmingly blue, suffers from crippling housing shortages, and has very little YIMBY political momentum, polarizing the debate in this way — casting NIMBYs as MAGA types rather than as valiant activists standing up to big developers — would probably be constructive.

In Virginia, which is more like a blue-leaning swing state, it’s much less clear that this is the right approach.

At the federal level right now YIMBY initiatives are only embryonic. But the ones that do exist like the YIMBY Act and the Build Housing Near Transit Act are fully bipartisan, reflecting the cross-cutting nature of the issue. In theory, this could be a strength of the movement — combining free marketers on the right with social justice enthusiasts on the left to overcome the parochial concerns that drive undersupply of housing. But the Daily Caller reaction to Samirah’s proposal also underscores that the mass drivers of polarization are very real, and any framing of a topic designed to build support on the left can cost it on the right. If conservative elites remain committed to free market concepts, they may be able to keep that knee-jerk hostility under control and allow bipartisan coalitions to be forged. But across a number of dimensions, opinion leaders on the right are increasingly questioning whether across-the-board commitment to markets really serves conservative ends — and as housing reform heats up as a topic, it could be ground zero for that larger transformation.

Threats, leg cramps, no breaks: what Popeyes workers put up with during the Sandwich craze
Why some of the Iowa caucuses are being decided by coin toss
Vox Sentences: Hurricane Florence heads to the East Coast
A wealth tax could have unpredictable effects on politics and philanthropy
The need to read black literature that’s not just about black struggle
The top UN court ordered Myanmar to protect the Rohingya. An expert explains what it means.