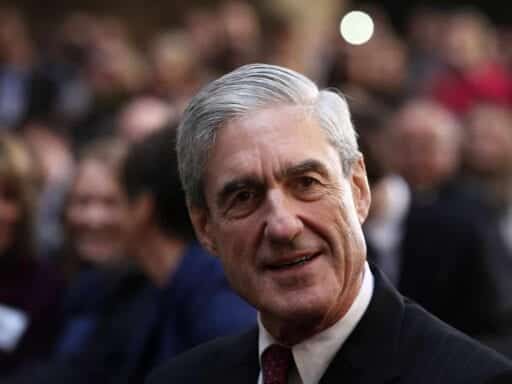 Is Mueller trolling Trump ahead of his meeting with Putin?

It sure looks like special counsel Robert Mueller is trolling President Donald Trump.

On Friday — just three days before Trump is supposed to meet face-to-face with Russian President Vladimir Putin — Mueller announced indictments against 12 Russian spies, accusing them of interfering in the 2016 US presidential election.

Mueller says the 12 men, who are all officers in the GRU, Russia’s military intelligence agency, hacked the computer networks of Hillary Clinton’s campaign, the Democratic National Committee, and the Democratic Congressional Campaign Committee.

They allegedly coordinated to release damaging information to sway the election, though Deputy Attorney General Rod Rosenstein told reporters it’s unclear if their efforts changed the outcome of the election.

According to Rosenstein, the timing of the indictments’ release “is a function of the collection of the facts, the evidence, and the law and a determination that it was sufficient to present the indictment at this time.”

But even if it wasn’t intentional, the timing is still extremely awkward for Trump. Trump is meeting with Putin in Helsinki on Monday for a high-stakes diplomatic meeting in which they’re expected to discuss Russia’s election meddling, among other things.

That’ll be contentious: Putin will likely again deny that Russia interfered at all. Every time Putin has done so in the past, Trump has said he believed him.

But thanks to Mueller’s indictments, it’ll be a lot harder for Trump to say he believes Putin, now that Mueller has provided evidence that the people behind the DNC and Clinton campaign email hacks were literally Russian spies.

At the very least, it’ll make it difficult for Trump to avoid the topic altogether.

In Putin’s tightly controlled Russia, it’s nearly impossible to believe all these people operated for months to sway the US election without the boss’s green light, as three US intelligence agencies concluded in January 2017. At a minimum, it stretches credulity to think Putin didn’t at least know about these efforts.

With all the evidence piling up, there’s a chance — albeit a small one — that Trump might actually challenge Putin’s denial when they meet next week. He might even stop praising Putin and Russia, as he continued to do over the last few days despite knowing about the imminent indictments days ago.

If any of that happens, it’d be a huge shift in his approach toward both the Russian leader and the Mueller investigation.

But admitting that Russia interfered in the election in part to help elect Trump would tarnish Trump’s victory — a victory he likes to brag about just a bit.

So while it’s possible these indictments finally convince Trump to change his tune, I’m not holding my breath. After all, the White House is already pushing back, claiming the indictment “is consistent with what we have been saying all along.”

Why every state is vulnerable to a Texas-style power crisis
They Tried to Start a Union During a Pandemic, But They Were Fired. What’s Next?
#MeToo is growing in China — despite government efforts to stop it
Fox’s Almost Family aims to build a quirky family dramedy around medical rape
The pandemic seemed like the end for this bed-and-breakfast. Then locals started coming.
Even Senate Republicans want the White House to share a whistleblower report on Trump