The toilet paper shortage is more complicated than you think 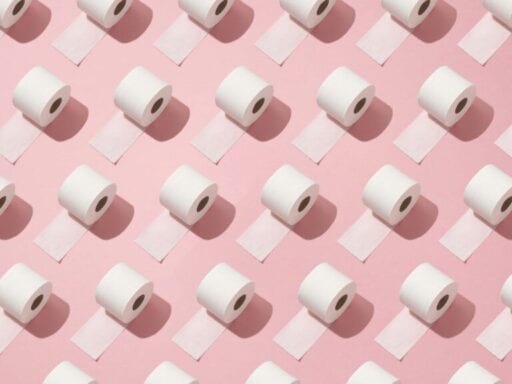 Share
Loading...
A major toilet paper supplier said “the timing is uncertain” as to when store shelves will be fully restocked. | Getty Images/Science Photo Libra

Suppliers aren’t sure when toilet paper will be readily available again.

There was a time before the coronavirus pandemic when toilet paper was plentiful. Not anymore. Empty or sparsely stocked grocery store shelves are the new normal, and shoppers are left wondering: Where did all the toilet paper go? And when will it be widely available again?

Toilet paper has become the definitive pandemic product that Americans thought to stock up on; not only is it a basic necessity, it’s relatively cheap to buy in bulk and will certainly be used at a later date. For the average customer, it’s much easier to assume that the lack of 4-packs at stores lies with some neighborhood panic-buyer who got their hands on multiple TP rolls before everyone else. Yet, the ongoing shortage isn’t entirely the result of hoarding.

There are major problems in the supply chain: Demand is way up, and suppliers have experienced serious disruptions. This isn’t just true for toilet paper. As Hilary George-Parkin previously reported for The Goods, “the coronavirus outbreak has created an unlucky confluence of spiking demand and widespread supplier delays” since the crisis isn’t contained in a single state or country. To put it simply, many American companies are heavily reliant on overseas suppliers, primarily from China, for raw materials or finished products. Any delay overseas can create a domino effect in terms of product availability.

For toilet paper suppliers like Kimberly-Clark and Georgia-Pacific, that means significantly ramping up the speed at which business is done. A Kimberly-Clark representative said the supplier has “plans in place to address the increased demand for our products to the extent possible, including accelerating production and reallocating inventory to help meet these needs.”

In a statement on its website, Georgia-Pacific, a major toilet paper supplier based in Atlanta, admitted that “the timing is uncertain” as to when store shelves will be fully restocked with TP. “We are working hard to maximize the number of deliveries we can load and ship out of our facilities; you can just load and unload so fast,” a spokesperson told The Goods, adding that the company’s mills and distribution centers have increased 20 percent from normal capacity. “We are also working with customers to have direct shipments when possible to reduce distribution time.”

As a result of increased demand and disruptions, stores are struggling to keep both basics and coronavirus-associated products in stock. The problem is just as bad online: Amazon, along with Walmart’s and Target’s sites, has been overwhelmed with an influx of orders. There are also instances of toilet paper selling out online but still being available in stores, which poses a problem for older or immunocompromised consumers who aren’t able to physically enter a store.

Grocers and big-box retailers alike have suffered from temporary stockouts of all sorts of items and are now figuring out how to manage inventory, even placing limits on how much of a specific item a customer can purchase. Limiting purchases, however, can only do so much.

Collectively, we probably still use the same amount of toilet paper as we did before the pandemic, but suddenly, we’re expected to use more of our own supply. Most people are no longer eating out at restaurants or going to work or school — places where we conveniently use the restroom and the available toilet paper. Georgia-Pacific estimates that the average American household will use about 40 percent more toilet paper than usual if people spend all their time at home.

As Will Oremus reported for Medium, the toilet paper industry is divided into two markets: consumer (the likes of Quilted Northern, Charmin, or Cottonelle that you use at home) and commercial (bulky rolls of thin, scratchy paper you find in public restrooms). Most toilet paper manufacturers aren’t sure when consumer toilet paper supplies will be “back to normal” because, well, the situation we’re in isn’t normal. Businesses, workplaces, schools, and other public spaces that used to order commercial toilet paper have no need for it, while consumer demand has significantly increased.

Most toilet paper manufacturers aren’t sure when consumer toilet paper supplies will be “back to normal” because, well, the situation we’re in isn’t normal

Suppliers have to shift gears as demand for consumer toilet paper outweighs that of the commercial sector, but it’s not a simple task. The products are entirely different, down to size and packaging. “Shifting to retail channels would require new relationships and contracts between suppliers, distributors, and stores; different formats for packaging and shipping; new trucking routes — all for a bulky product with lean profit margins,” Oremus reported.

Since there’s no certain timeline as to when these stay-at-home orders will be lifted, manufacturers don’t have much flexibility to adjust their production capabilities. Plus, most toilet paper mills were already operating 24 hours a day and seven days a week before the coronavirus, CNN reported. It’s likely that regular toilet paper will stay in short supply, at least until stay-at-home orders are relaxed or suppliers radically alter their production process to meet demand.

If you are desperate for toilet paper, you have the option to order commercial-grade TP in bulk online, or you can support local restaurants that have pivoted to selling pantry and kitchen staples, including toilet paper and paper towels. We still have plenty of toilet paper to go around — it just might not be as soft as you’re used to.

Spotify is buying Bill Simmons’ The Ringer to boost its podcast business
Vox Sentences: Who’s in charge in Peru?
President Trump’s checks repaying Michael Cohen for hush money, explained
Why America loves — and hates — outspoken young women
Why this law could be a bigger threat to Roe v. Wade than near-total abortion bans
Exclusive: We re-ran polls from 1991 about Anita Hill, this time about Christine Blasey Ford