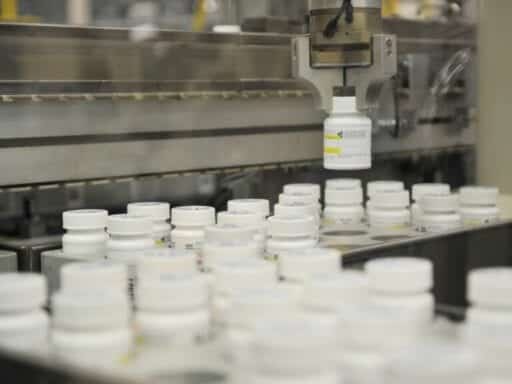 But the White House is trying to frame a small change as a big action.

The administration released new guidance for Medicare Advantage plans, the private insurance alternatives to traditional Medicare that cover about 20 million seniors. The goal is to create leverage to negotiate lower prices from drug makers, specifically through two changes:

The gist is that insurance plans can exercise a little more control over what prescriptions they’re paying for, vying for cheaper treatments that still, of course, help their patients get better.

“It’s a real, small step towards controlling costs,” Rachel Sachs, a Washington University in St. Louis law professor who has generally been underwhelmed by Trump’s drug prices agenda, told me.

There are some important caveats to consider, as usual. The administration’s guidance is entirely voluntary, so we’ll have to see how eager Medicare Advantage plans are to exercise this new freedom. This also won’t directly lower drug prices, though the administration believes that step therapy in particular could be used by Medicare Advantage plans to leverage deeper discounts from drug manufacturers.

The disconnect between the reality of this new proposal — “fairly modest” in the words of a bulletin from one investor advisory firm — and the rhetoric deployed by the administration is really a perfect encapsulation of Trump’s agenda on drug prices.

His administration is doing some good things. More generics, some limited drug importation, and more negotiating power for Medicare Advantage and Medicare Part D plans are all improvements that experts do think could make some difference in drug costs.

But the administration, much like the man at its top, is incapable of presenting any new policy as a marginal improvement. They have to be remaking the system or bringing pharma to its knees. The truth is, as we have seen time and again, they aren’t. They’re working within the system and taking some laudable, but limited, steps to improve it.

“My concern is that once again, the administration’s rhetoric is out of step with its actual policy moves,” Sachs said. “The administration is promoting this move as a fundamental transformation, as delivering on the president’s statements about drug price negotiation – and it’s much less than that.”

“The mismatch between the rhetoric and the action makes it hard to figure out what the administration is actually attempting to do here,” she continued. “Will this be their only action, and they’re aiming to frame it as far more consequential than it is? I’m not sure.”

The fabled Snyder Cut of Justice League will officially premiere in 2021
Vox Sentences: Old MacDonald had a trade war
These candidates were accused of sexual misconduct. They’re running again in 2020.
Report: Pruitt asked staffers to use personal credit cards for his hotel bookings
The Pussy Riot says it’s behind the World Cup protesters
US troops aim to stay out of partisan events. Both parties used them as convention props.