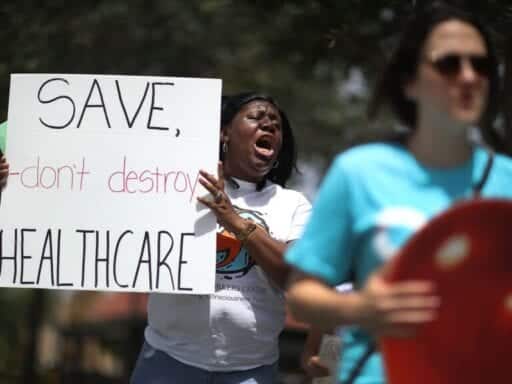 The administration has new guidance on Obamacare state waivers.

Quick refresher: 1332 waivers give states wide authority to pursue their own health care programs, in addition to or in replacement of Obamacare, as long as they meet certain standards for comprehensive coverage and budget neutrality.

The Centers for Medicare and Medicaid Services released new guidance on 1332s that the Trump administration hopes will encourage states to set up their own alternatives to the health care law. It works toward many of the same goals as the various GOP health care bills.

”The guidance massively expands state flexibility to establish insurance markets that do not meet traditional ACA rules about benefits and pricing,” said Caroline Pearson, of the University of Chicago research organization NORC. “However, fully realizing the potential of those rule changes would require a state to want to make widespread market changes and health plans to offer such products.”

Tweetstorms from friends of Vox Margot Sanger-Katz, Louise Norris, and Larry Levitt get deeper into the weeds than I will. But here are some highlights:

In other words, the Trump administration is doing everything in its power to make it easier for states to set up an alternative insurance market that does not have to meet the preexisting conditions rules under Obamacare. They even want to use the law’s funding to help people buy non-compliant plans.

That could allow some people to buy less comprehensive coverage more cheaply — but the fear has always been that as younger and healthier people flock to the cheaper, skimpier coverage, costs for the more comprehensive Obamacare plans will increase.

The big unknown is whether states will step through the door the Trump administration just opened. So far, states have really only used the 1332s to set up reinsurance programs and stabilize their ACA markets. But they now have much more flexibility if they want to be more ambitious in trying to roll back Obamacare within their own borders.

”This guidance opens the door quite wide to very different approaches to regulating and subsidizing health insurance,” Levitt told me. “It may take states a little while to figure out how to how to use this guidance creatively, but I think they will get there and some will come up with proposals that are quite radical.”

He continued: “There’s enough flexibility here for states to dramatically alter who gets help in buying insurance and how much protection people with preexisting conditions have.”

Netflix’s The Laundromat is certainly the most entertaining way to learn about the Panama Papers
Why the US celebrates Columbus Day
Why Wall Street was never really afraid of Bernie Sanders
Why Trump is furiously attacking Fox News
Beyoncé’s attention-grabbing Vogue cover, explained
Is Green Book now the Oscar frontrunner? It’s complicated.