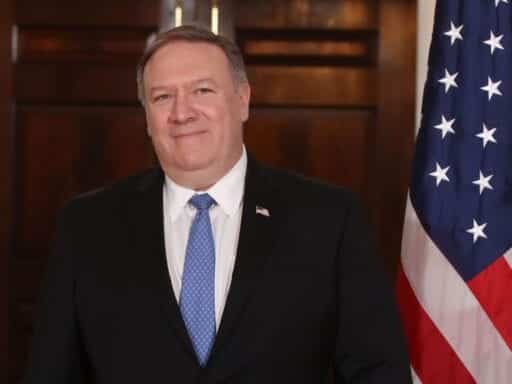 The US massively changed its stance toward North Korea in a 24-hour period.

Secretary of State Mike Pompeo just revealed how much time the United States will give North Korea to dismantle its nuclear program: an indefinite amount.

That’s right: According to President Donald Trump’s top foreign policy aide on Monday, North Korea doesn’t have a deadline for giving up its nuclear bombs and missiles — contradicting his administration’s stance from just one day earlier.

“I am not going to put a timeline on it, whether that’s two months, six months, we are committed to moving forward in an expeditious moment to see if we can achieve what both leaders set out to do,” he told CNN.

It’s a massive shift in the Trump administration’s ever-changing stance toward North Korea.

In April, the administration said Trump wanted a “big bang” concession from North Korea, meaning Pyongyang had to dismantle much of its nuclear program up front for negotiations with the United States to continue. Earlier this month, Pompeo said the US wanted to see the end of North Korea’s nuclear program by the end of Trump’s first term in 2020.

And during an interview on Sunday ahead of Secretary of Defense Jim Mattis’s trip to Asia this week, a senior defense official told reporters that the US would soon present North Korea with its list of demands and a specific timeline.

“There will be specific asks and there will be a specific timeline when we present the North Koreans with our concept of what implementation of the summit agreement looks like,” the official said.

Top Pentagon spokesperson Dana White pushed back on that comment on Monday: “DoD remains committed to supporting the ongoing diplomatic process with the DPRK, of which there is no specific timeline.”

Still, the mixed messages only add to the general confusion around how the administration plans to handle North Korea.

“This is yet another instance of Trump administration officials contradicting their colleagues and even themselves,” says Alexandra Bell, a nuclear expert at the Center for Arms Control and Non-Proliferation.

But she also noted that Pompeo’s statement may foreshadow a more realistic understanding of how to wind down North Korea’s nuclear program. “It is good to see Secretary Pompeo accepting the fact that the creation and implementation of a verifiable nuclear deal with North Korea is not a process that will easily lend itself to neat and convenient timelines,” Bell told me. “The amount of time invested is not as important as the results.”

But others note that Pompeo — and the US more broadly — may have just given Pyongyang an advantage in the nuclear negotiations.

“Such a move only plays to the Kim family diplomatic playbook: negotiate for months and years on end as they gain better and more sophisticated nuclear weapons,” Harry Kazianis, a North Korea expert at the Center for the National Interest, told me. “In many respects, this is a very similar pattern to what we have done with North Korea over and over again, and it’s sad.”

Pompeo did note an important caveat during his interview with CNN that could affect the future of US-North Korea negotiations: “If it turns out that there is no capacity to deliver the outcome that both presidents said they wanted, yeah, we reassess.”

In other words, if the US starts to believe that North Korea isn’t serious about curbing its nuclear program, the diplomatic opening will close and the US will go back to its maximum pressure campaign.

The problem is it’s unclear if the US can ratchet up the pressure any more, especially after Trump’s summit with North Korean leader Kim Jong Un earlier this month. Russia and China have improved their ties with North Korea by trading more and holding high-level diplomatic meetings. Plus, the US canceled a planned military drill with South Korea in August, an exercise that always antagonized Pyongyang.

North Korea, it should be said, has offered some concessions of its own. It released three American hostages in May, and it could possibly return around 200 sets of remains of missing Americans who fought during the Korean War in the coming weeks.

But it’s clear from Pompeo’s statement that the Trump administration doesn’t really know how to proceed from here. That will make a tremendously difficult negotiation even harder.

“Confusion about our goals and expectations will not help us achieve a solid and lasting nuclear deal,” Bell told me.

Boris Johnson refuses to ask the EU for a Brexit extension. Some experts say he may go to jail for i...
The moral case against Trump’s travel ban
“Unprecedented”: What’s behind the California, Oregon, and Washington wildfires
The indictment of the Trump Organization and its CFO Allen Weisselberg, explained
Facebook is testing an Instagram spinoff app for close friends only
Trump is about to escalate his trade war with China