The Trump administration made trade threats to Ecuador over … breastfeeding 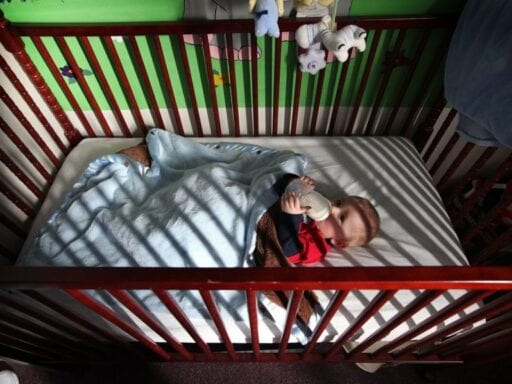 The US got Ecuador to back down from a breastfeeding resolution by threatening trade retaliation and pulling military aid.

The United States threatened to hit Ecuador with retaliatory trade measures and to pull military aid over the Central American country proposing an international resolution that encouraged breastfeeding. The US eventually agreed to the resolution — when Russia backed it.

American officials surprised international delegates at the United Nations-affiliated World Health Assembly in May when they opposed a widely popular resolution to promote breastfeeding, according to a report from Andrew Jacobs at the New York Times on Sunday. Specifically, they pushed to remove language asking governments to “protect, promote, and support breast-feeding.” They also took issue with a passage that called for policymakers to restrict the promotion of food products that may harm children.

It appears the Trump administration sided with corporate interests — in this case, the $70-billion infant formula industry — over the health and well-being of kids around the globe. The baby food industry is primarily based in the US and Europe.

The Americans were so ardent in their opposition they made serious threats to Ecuadorian delegates, who were going to introduce the resolution. According to the Times, the Americans said if Ecuador didn’t drop the proposal, “Washington would unleash punishing trade measures and withdraw crucial military aid.”

The resolution ultimately made its way through thanks to Russia, which decided to step in because “we feel that it is wrong when a big country tries to push around some very small countries, especially on an issue that is really important for the rest of the world,” a Russian delegate told the Times. The US didn’t make the same threats to Russia as it did Ecuador, and the resolution was passed mostly in its original form.

The Times spoke to more than a dozen participants at the Geneva meeting. A lot of them were afraid to be named on the record because they were afraid the US might retaliate, as it apparently threatened to do with Ecuador.

Baby food is a multi-billion-dollar industry based, and lobbyists for it attended the Geneva meetings. There isn’t direct evidence they were involved in the Americans’ opposition to the breastfeeding resolution, but it’s unlikely they were upset about it. Women in wealthy countries are breastfeeding more, and most of the formula industry’s growth is coming from developing nations.

The Times story alone contains multiple examples of the US delegation seemingly prioritizing business interests over health in that same May Geneva meeting: The US got statements supporting soda taxes removed from an obesity document; it tried and failed to kill a WHO effort to help poor countries access more medicine; and it successfully struck language in the breastfeeding resolution that told the WHO to provide technical support for countries trying to stop the promotion of foods harmful to children.

To be sure, the Trump administration does not have an A+ record of prioritizing children abroad or in the United States. Ousted EPA Administrator Scott Pruitt repealed a ban on the pesticide chloryprifos, which evidence suggests causes developmental problems in children. And, of course, the US federal government this year separated hundreds of migrant children from their parents at the border, including, reportedly, separating a breastfeeding baby from its mother.

The president himself has also expressed revulsion at the act of breastfeeding.

Trump in a 2011 deposition reportedly became upset when an attorney named Elizabeth Beck requested a break to pump breast milk for her three-month-old daughter. The lawyer, Elizabeth Beck, told CNN in 2015 that Trump called her “disgusting.”

Trump’s lawyer, Allen Garten, didn’t dispute the assertion, and Trump acknowledged to CNN he “might have said that.” Beck took out her breast pump in an effort, she said, to express the urgency of the matter when Trump refused her request for a break. According to a Times report, none of the lawyers in the room said she did anything more than take out the pump, but Trump on Twitter claimed she was trying to breast pump in front of him at the deposition, which Beck denies.

.@CNN & @CNNPolitics did not say that lawyer Beck lost the case and I got legal fees. Also, she wanted to breast pump in front of me at dep.

The TIME Magazine cover showing late age breast feeding is disgusting–sad what TIME did to get noticed. @TIME

Emma Straub’s All Adults Here is a beach read for when you can’t get to the beach
I reported through a mass shooting at my own newspaper. Now I’m taking a buyout.
US airlines are waiving fees and canceling flights as coronavirus spreads
How Trump’s impeachment trial foreshadowed his handling of the coronavirus crisis
The Mitt Romney martyr myth
Aziz Ansari says he hopes he’s “become a better person” since being accused of sexual misconduct