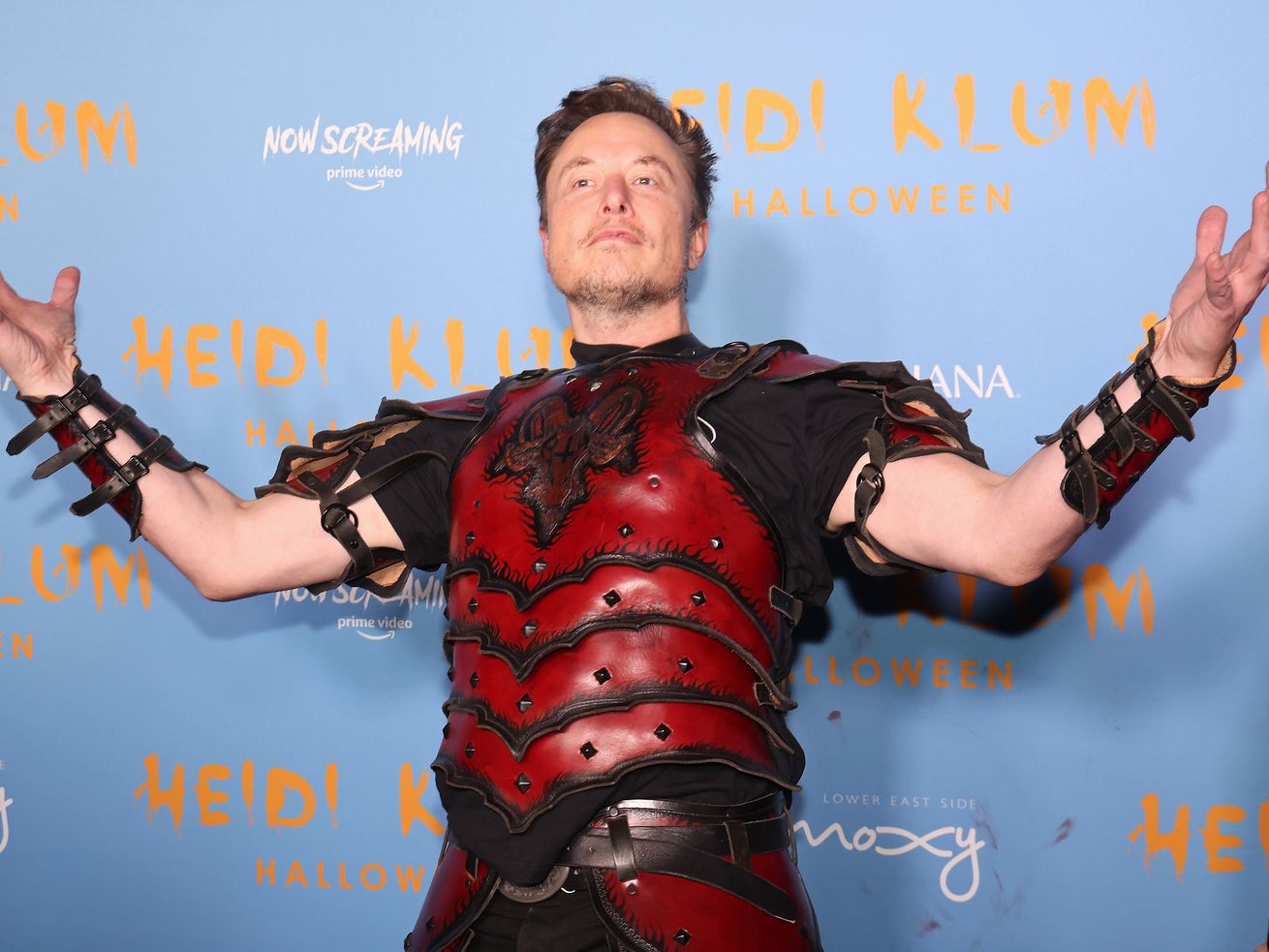 Under Elon Musk’s leadership, journalists have even more of a love-hate relationship with the platform.

As Twitter’s new owner and CEO, Elon Musk has been openly hostile toward “mainstream media” journalists.

He has said he plans to strip journalists of their verification check mark badges, mocked major media outlets like the New York Times and CNN, and allowed thousands of formerly suspended accounts back on the platform to spew misinformation and vitriol, sometimes directed at reporters.

But while many prominent journalists have raised concerns about Musk’s actions — and some have shifted to new social media platforms like Mastodon and Post — few have abandoned Twitter altogether.

Since Twitter’s inception, journalists have been some of its biggest power users. They put out a steady stream of reliable information on the platform, for free — particularly around major events, from national elections to sports games — that makes Twitter a lively place for other people finding and discussing the news of the day. Their relationship with the platform tells us not only how the journalism industry is adapting to Musk’s leadership style, but also if the billionaire’s version of Twitter is landing or failing with a key constituency.

So now that Twitter isn’t exactly courting journalists, why aren’t they leaving?

“I mean, I’m stuck,” said freelance tech reporter Jacob Silverman, whose work has been published in outlets like the New Republic and the Washington Post. “For my beat on crypto — a lot of that stuff happens on Twitter. And that’s how people tend to find me.”

Silverman said that, like many journalists he knows, his relationship with Twitter is “sort of tortured” and “self-indulgent.” There’s still an appeal in following whatever public spectacle is unfolding on Twitter at the moment. These days, it’s often the chaos around Musk himself.

“Twitter is still this place sometimes where you can address powerful people or powerful people can address the public,” said Silverman. “Especially now that Musk is as addicted to the platform as anyone — in a very pathetic way — sometimes it does feel mildly cathartic to make a crack at him.”

Some journalists, like the Washington Post’s Taylor Lorenz, haven’t quit Twitter, but they’ve been posting more on other platforms. Lorenz said she moved away from Twitter years before Musk was in charge, when she started noticing more of her audience shifting to Instagram and TikTok.

Even a reduced Twitter presence still opens journalists up to harassment. Lorenz, who has over 300,000 Twitter followers, has long dealt with hateful comments and stalkers on the platform, but said that when harassment got bad in the past, she could go to Twitter’s Trust and Safety team for support. Now that many members of that team have quit or been fired, she no longer knows whom to talk to. Since it’s part of Lorenz’s job to cover social media, she remains on the platform.

As journalists face a less welcoming environment under Musk, some have started quietly cutting back on the platform: posting less frequently and without as much detail about their personal lives, and doing so mainly to promote their work.

“It’s like one of those ‘why I’m leaving New York’ essays,” said Lorenz. “You never want to publicly declare anything.”

Despite its bugs, Twitter is still an efficient news-gathering source

One of the main reasons why journalists are still on Twitter is that it hasn’t broken yet.

After Musk slashed Twitter’s staff by more than 75 percent with layoffs and resignations, many worried that the platform would crash under the pressure of high usage during the US 2022 midterms and World Cup. That didn’t happen.

Instead, Twitter has become more buggy in incremental ways. Users have reported slowness, notifications not working, and more irrelevant suggested tweets popping up. But for most journalists who are power users, it’s still usable.

“I ain’t leaving here until it doesn’t load anymore,” Ben Collins, who reports on disinformation for NBC News, wrote to Recode in a Twitter message. “I cover the info war. This was always the primary battleground,” Collins wrote.

For reporters whose jobs depend on finding news before it happens, Twitter — despite all its problems — is still one of the most effective ways to track breaking events, get in touch with sources, and find experts quickly.

“I do a lot of contacting people via DMs, which I think they generally respond to more quickly than email,” said Laura Hazard Owen, editor of Nieman Journalism Lab. “And it’s less creepy than trying to find their phone number and text.”

While Twitter doesn’t have nearly as large a user base as Facebook, Instagram, or TikTok, it does have an influential set of politicians, academics, business leaders, and other subject matter experts on the platform, who reporters need to talk to on a daily basis.

Presumably, if the same kind of relevant sources were on another platform, reporters could reach out there. But that gets us to our next point.

Alternatives are still too niche

Journalists looking for an alternative to Elon Musk’s Twitter who Recode spoke with have largely fled to two new apps — Mastodon and Post — but both have so far struggled to gain the same reach as Twitter.

Mastodon is an app with similar functionality to Twitter, but with a DIY ethos run on open source technology. It’s become popular with journalists who are concerned about Musk’s leadership on Twitter and formed a “journa.host” server, which has around 2,500 active users.

But Mastodon’s biggest limitation is its complexity; it requires some technical expertise to set up a new server. Unlike major social media outlets, Mastodon doesn’t have centralized content moderation, so it relies on users to police each other — and there’s already been some infighting among journalists about what’s allowed in the journalism server, as reported in the New York Times.

You can see how an app like this might be popular with certain crowds but struggle to find mainstream adoption at the same scale as larger social media networks. And that’s a problem for writers seeking a wide audience.

Post is another Twitter-alternative app, started by Waze co-founder Noam Bardin, it plans to allow journalists to charge for their content directly from readers. The site has a simple interface and is easy to use. But it’s still in its early beta stages and only available on a web browser. The site is also buggy: After using it for about 10 minutes, I ran into an error page after clicking on another journalist’s profile.

It’s still too soon to measure both of these apps’ success with journalists. For now, neither has become a true competitor to Twitter.

“Journalists are not there in a vacuum. They’re there to engage with senators, lawmakers, academics,” said Lorenz. “And so I think it’s really hard to rebuild that network effect on a new platform.”

Jelani Cobb, dean of Columbia Journalism School and a staff writer at the New Yorker, is one of a few prominent journalists who has quit Twitter entirely.

Cobb first announced his departure on Twitter, and then in an essay in which he argued the platform “now subsidizes a billionaire who understands free speech to be synonymous with the right to abuse others.”

After he left Twitter in a very public fashion, Cobb said he was flooded with hate mail, including people calling him the n-word. He said other writers may choose to leave the platform more discreetly.

“My theory is people may quietly quit,” said Cobb. “I also think the sentiment that I’ve heard from people is they’re sticking around to see what happens.”

At the same time, even as Musk is reinstating some suspended far-right figures, some left-wing journalists and other public figures are being pushed off the platform. Several antifascist organizers and journalists have been suspended since Musk took over, the Intercept reported.

Andrew Lawrence, deputy director of rapid response for the left-leaning blog Media Matters, was suspended for “spam” on Thursday morning, as NBC’s Collins noted — shortly after Lawrence tweeted a comment critical of Musk’s Neuralink project and right-wing media personality Tucker Carlson. A few hours after Lawrence was suspended, his account was reinstated.

Collins told Recode he doesn’t know why his account was flagged as spam. It’s unclear if his suspension was intentional or a mistake (Musk had posted the night before that Twitter was mass purging bots from the platform, which may have led to some false positives), but if journalists perceive that they’re being unfairly suspended, that could cause even more uncertainty and reason to leave.

Twitter did not return a request for comment. Under Musk, the company eliminated its communications department — another challenge for reporters trying to verify news about the platform.

Twitter is a platform that at its core was always about news. Journalists provide value to the platform by tweeting reliable new information in real time, often before an article is even published. If journalists gradually start trickling away from the platform or holding back their juiciest scoops, Musk could suffer another setback in his already daunting challenge to make Twitter a financially viable company.