The UN Climate Action Summit was a disappointment 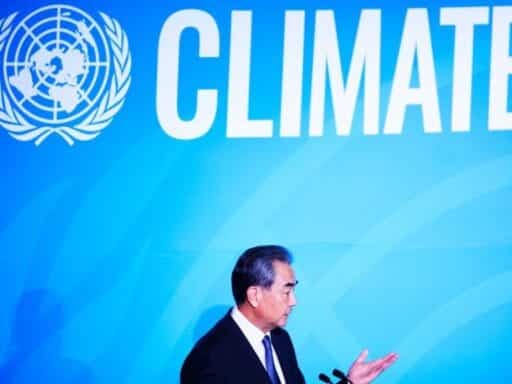 The biggest emitters — China, the US, India — didn’t make big commitments to reduce their contributions to climate change.

The largest greenhouse gas emitters in the world — China, the United States, and India — offered either nothing or very little about their commitments to curb emissions on Monday at the United Nations Climate Action Summit, a gathering explicitly convened to push countries to do more to fight climate change.

“What we’ve seen so far is not the kind of leadership we need from the major economies,” said Helen Mountford, vice president for climate and economics at the World Resources Institute, during a call with reporters.

Even after one of the largest environmental protests ever in more than 150 countries on Friday and a fiery speech from 16-year-old climate activist Greta Thunburg, the commitments from other big emitters were also still far short of the level necessary to hit the Intergovernmental Panel on Climate Change’s target of limiting global warming to 2 degrees Celsius or ideally 1.5 degrees.

Under the Paris climate agreement, countries are expected to commit by 2020 to more aggressive climate plans, known as Nationally Determined Contributions, than those they set in 2015 when the agreement was signed. However, many countries are struggling to meet their (already weak) targets, and global greenhouse gas emissions are still rising.

More than 60 world leaders took the stage Monday to talk about their revised contributions to the fight against greenhouse gas emissions, many of them from small countries with relatively low emissions. They promised to deploy more clean energy and retire fossil fuel power plants, and wealthier ones pledged international assistance for countries dealing with the most severe consequences of warming.

There were also some encouraging surprises: groups of investors including insurance giant Allianz promised to divest from fossil fuels and new funding was announced for climate change adaptation and mitigation.

But for activists, the momentum built in the streets didn’t yield enough concrete action in the General Assembly hall, as the countries responsible for the largest share of emissions remained reluctant to sign on tougher climate targets.

The best news UN Secretary General Antonio Guterres had to share was the announcement that there are now 70 countries planning to come up with tougher NDCs in 2020. The enhancers include Norway, Argentina, Ethiopia, and Turkey. That’s up from just 23 countries before the summit. These countries put together represent 6.8 percent of global emissions.

Some of the most aggressive commitments to zero out emissions came from countries that are most vulnerable to the consequences of climate change, like island nations losing land to rising seas. President Hilda Heine of the Marshall Islands announced that her country would reach net-zero emissions by 2050, a difficult task for an island country with limited land that depends so much on imported fossil fuels. Another 15 countries also promised to do the same: Belize, Costa Rica, Denmark, Fiji, Grenada, Luxembourg, Monaco, the Netherlands, New Zealand, Norway, Saint Lucia, Sweden, Switzerland, and Vanuatu.

Together with Iceland, Sweden, Denmark, Norway, France, the United Kingdom, and Canada, the next round of funding for the GCF from these countries will total more than $7 billion.

A consortium of pension funds and insurance companies with $2.3 trillion under management pledged to end all of their investments in carbon-intensive industries by the middle of the century. Divestment has taken off as a tactic by climate change campaigners to pressure the fossil fuel industry, but rarely to large private funders make such large commitments.

Sixteen young climate activists also announced a new international petition to the UN Committee on the Rights of the Child to name climate change as a crisis for children’s rights, specifically naming Argentina, Brazil, France, Germany, and Turkey as the targets. It’s a novel way of using international institutions to shame heavy emitters and to nudge them to curb their emissions.

And in total, 30 countries, 22 states, and 21 companies have committed to ending their reliance on coal, including Germany, one of the world’s largest users of lignite, the dirtiest form of coal.

China, the US, and India are the three largest greenhouse gas emitters in the world, and the hope for the summit was that at least China and India might announce aggressive actions and set an example for other countries weighing their own prospects of curbing emissions.

Ahead of the summit, Guterres only offered the stage to countries that promised more aggressive actions on climate change. China and India were on the list. The US was not.

Indian Prime Minister Narendra Modi acknowledged in his remarks at the summit that world’s climate change ambitions must be higher. “We must accept that if we have to overcome a serious challenge like climate change, then what we are doing at the moment is just not enough,” he said.

He pledged that India would increase its renewable energy production capacity for 175 gigawatts to 450 gigawatts by 2022. For comparison, India has about 330 gigawatts of total installed power capacity.

While India’s NDC is in line with the 2 degree Celsius warming target under the Paris agreement, it is not enough to reach the 1.5 degree Celsius target, and Modi gave no indication that India would do more, like commit to ending coal use.

Similarly, Wang Yi, state councilor and special representative of Chinese President Xi Jiping, noted that his government believes that all countries must act to limit greenhouse gases and even obliquely called out President Trump for pulling out of the Paris accord. “Climate change is a common challenge for all countries,” Wang said. “The withdrawal of certain parties [from the Paris agreement] will not shake the collective will of the international community.”

He noted that China is ahead of schedule on its NDC, is deploying vastly more renewable energy, and has increased its forested land. But China’s NDC doesn’t put it in line with the 2 degree Celsius target and China has not announced that it will increase its ambition.

Both India and China have also called for more money from other countries to pay for their climate change mitigation and adaptation work.

Meanwhile, Trump showed up briefly to the summit, but didn’t speak. In addition to announcing that he wants to withdraw from the Paris agreement, he has openly declared his contempt for climate science and worked to undo policies that limit greenhouse gases.

Many of the other major emitters of the world like Japan didn’t drastically ramp up their goals either, to the frustration of some of the other presenters at the summit. “I wish my seat had been taken by a G20 leader doubling their commitment,” said Kate Hampton, CEO of the Children Investment Fund Foundation.

And despite the enormous international focus on climate change at the summit, the discussion will likely fade into the background as the UN General Assembly begins Tuesday, where rising temperatures will likely yield to rising international tensions around the recent attacks on oil facilities in Saudi Arabia, which several countries now blame on Iran.

The next big moment for international climate negotiation is the UN COP25 conference in Santiago, Chile, in December. There, nations will have to hammer exactly how they plan to meet their pledgees and the countries that still haven’t upgraded their NDCs will face another round of exhortations from activists and each other to curb their emissions.

“COP 25… is going to be a key moment where there will be again, a lot of public pressure and public scrutiny and accountability to see whether these countries are stepping up,” said WRI’s Mountford. “All eyes are going to be very firmly fixed on them over the next couple of months looking at whether they are going to be able to step up and deliver what is needed.”

Trump lashes out at FBI Director Wray for telling the truth about the IG report
The FDA is preparing to authorize the first Covid-19 vaccine in the US
The best way to play board games online
Mary Bono resigns as USA Gymnastics president
How Donald Trump helped move BuzzFeed’s Ben Smith to the New York Times
Everything that’s happened since the Ford-Kavanaugh hearing, explained