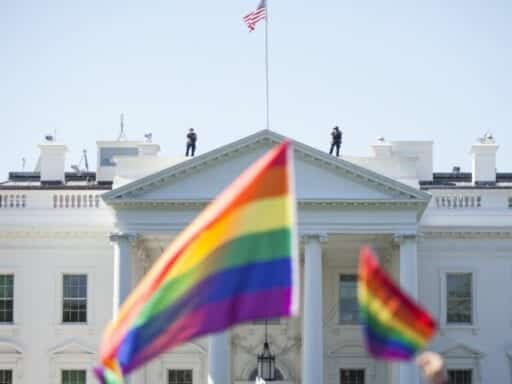 The change applies to foreign diplomats and other employees at international organizations in the US.

The Trump administration has started denying diplomatic visas to same-sex partners of foreign diplomats and officials who work at international organizations in the United States, such as the United Nations.

Those partners who are currently in the US will be forced to marry by the end of the year, change their visa status, or leave the country.

The Trump administration’s decision, which went into effect on Monday, reverses a policy that then-Secretary of State Hillary Clinton put into place in 2009, which made visas available to same-sex partners of foreign diplomats or UN officials. This did not apply to heterosexual unmarried couples.

During a briefing on Tuesday, a State Department official framed the new rules as bringing the visa policy in line with the 2015 Supreme Court decision legalizing same-sex marriage, and “to promote the equal treatment of all family members and couples.”

But some lawmakers and former diplomats have already criticized the policy change, which was first circulated in a letter in July. Samantha Power, a former ambassador to the United Nations, called the policy “needlessly cruel and bigoted” in a tweet last week.

Needlessly cruel & bigoted: State Dept. will no longer let same-sex domestic partners of UN employees get visas unless they are married. But only 12% of UN member states allow same-sex marriage. https://t.co/MjZpRVLYcf

A State Department official said at the briefing Tuesday that this policy change will affect about 105 families, with about 55 of those working for international organizations like the UN.

But those employees at the UN and other international organizations will likely feel the brunt of this policy change. The State Department has said it will work with and possibly make exceptions for foreign diplomats who are from countries where same-sex marriage isn’t legal, but whose countries recognize the same-sex spouses of US diplomats.

But this doesn’t apply to UN employees or other US-based international organization officials. They’ll have to be legally married, with no exceptions.

Alfonso Nam, the president of UN Globe, an LGBT advocacy group for UN employees, said that this change could put same-sex couples at risk.

Even if couples can get legally married in a country that recognizes same-sex unions, they have to be confident that the country won’t share that information, or make it widely known, as it could open up those individuals to face criminal charges or discrimination in their home countries.

Though the State Department says it wants to promote equal treatment, heterosexual couples don’t face the same restrictions on where they can get married. They “have comfort of knowing no matter what, that this marriage will be recognized around the world,” Nam said. “Same-sex couples have limited options.”

This entrepreneur is competing with DoorDash — by delivering only from Black-owned restaurants
Hope Hicks will testify in front of the House Judiciary Committee next week
Apple and Google are reportedly mulling big changes amid antitrust scrutiny. Is Amazon next?
What we know about the fourth coronavirus relief bill
3 California counties are defying state orders on reopening businesses
Vox’s audience support program, explained